One of the bridges that make up the new four-lane E18 highway through Vestfold, Norway collapsed on Monday afternoon, February 2, 2015. The collapse left around 45 motorists waiting to be evacuated and the highway, which just opened a few years ago, was immediately closed, NewsInEngilsh.no reports.

Emergency crews said it was the bridge over the Mofjell creek at Skjeggestad, north of Holmestrand, that suddenly sagged at around 15:00 local time. Jarle Steinnes, on-duty chief of the fire department serving the area, Vestfold Interkommunale Brannvesen (VIB), said the highway was likely to be closed for a long time.

Steinnes told Norwegian Broadcasting (NRK) that a landslide under the bridge left the pillars holding up the bridge “hanging loose in the air.” The ground under them literally gave way.

“We’re still hearing noises from the bridge, and it’s shifting,” Steinnes said. “We don’t know how this is going to develop. If the ground moves any more, there’s a danger the entire bridge will fall apart.” 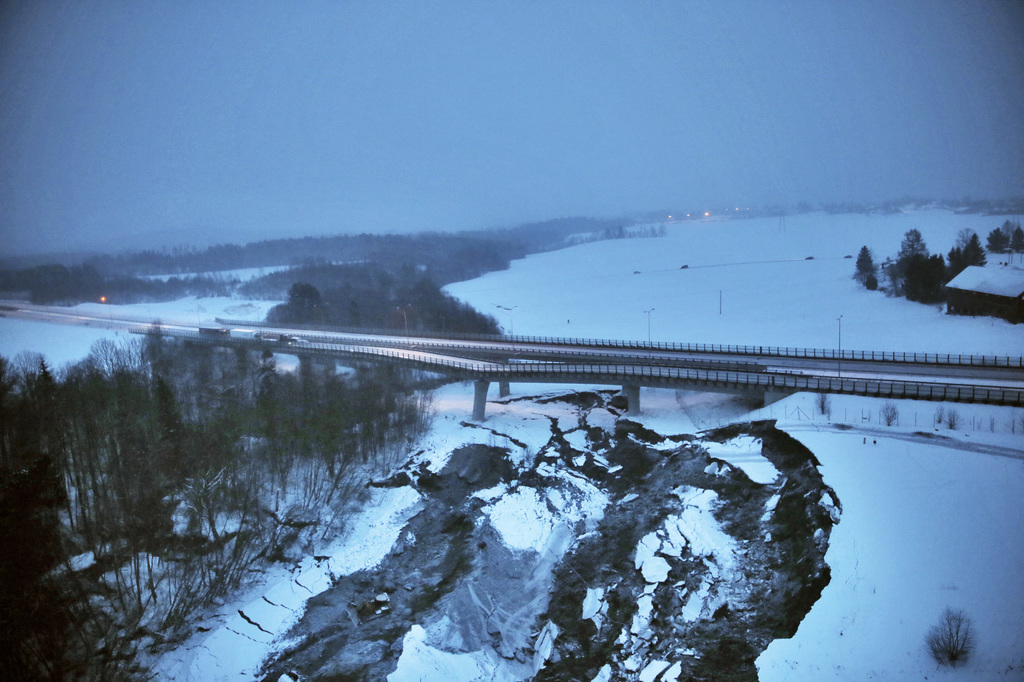 The landslide occurred on the edge of a small river. It destabilized one of the pillars supporting the motorway, causing massive deformation of the road deck. Fortunately no-one was hurt, Dave Petley, author of The Landslide Blog said and added that to him it looks like a classic Norwegian quick clay landslide.

"Such landslides are often triggered by a comparatively minor disturbance that then triggers massive instability – the Rissa landslide being the most famous example."

Images suggest that there was work going on under the bridge, because right in the middle of the landslide there is a bulldozer. Unconfirmed reports say that this machine was reprofiling the field without the knowledge of the highways agency.