A large clay landslide struck Gjerdrum, Norway, on Wednesday, December 30, 2020, leaving 26 people missing and at least 10 others injured. Some 500 residents have been evacuated amid fears of further mudslides.

The landslide occurred on Wednesday morning in a residential area in Gjerdrum, around 30 km (19 miles) north of Oslo. More than a dozen buildings have been swept away, according to the police.

At least 10 people sustained injuries, one of them critically, while 26 remain unaccounted for. The missing victims were from homes in the innermost area of the slide, but it was not clear yet whether they were away at the time of the incident or had been trapped in their houses, the police added.

The affected area remains unstable and can only be accessed by helicopter, according to the head of the police operation, Roger Pettersen.

Gjerdrum mayor Anders Oestensen told local media NTB that around 500 people have been evacuated from the area and the numbers may rise further amid fears of more landslides.

Meanwhile, broadcaster NRK highlighted that large amounts of precipitation hit southern Norway in the past few days, which may have caused the clay soil to shift. 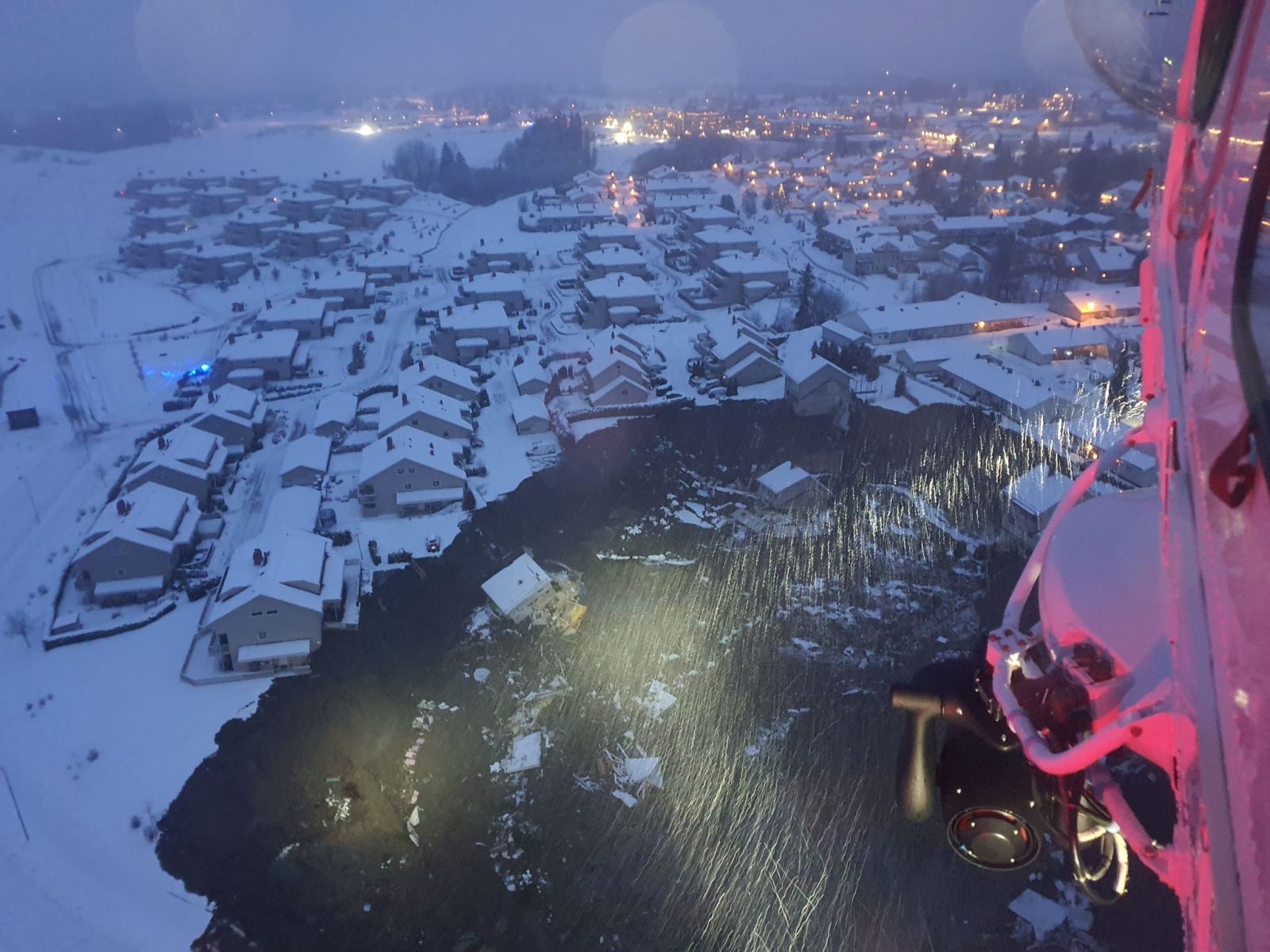 In an analysis by Dr. Dave Petley of The Landslide Blog, he stated that while it is not clear how far downslope the landslide extends, images indicate that it was "a very substantial failure," adding that Gjerdrum has been hit by quick clay landslides before.

"The area that has failed is described as being Low hazard but a loosening area (I am not sure what this means yet).  However, it is immediately adjacent to an area described as a medium hazard," Dr. Petley wrote.

Norwegian Prime Minister Erna Solberg told broadcaster TV2, "This should have been a New Year's weekend where we should have had peace and quiet and maybe should have worried most about COVID-19 and not whether we have missing persons from a landslide."

BREAKING – Around 500 people have been evacuated in #Gjerdrum, this number could rise further, mayor says.