Torrential rains combined with melting snow have caused devastating floods across central Norway, washing away several houses and roads and causing landslides. One person has been injured in the floods, but it was unclear on Saturday whether their condition was serious. 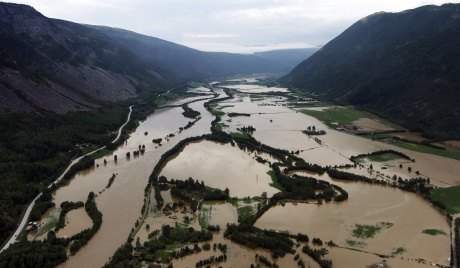 Spokesman Morten Harangen at the Directorate for Civil Protection and Emergency Planning says the northern part of the country has also been affected, but is more due to high temperatures that have sped up the snow-melting in the mountains. Mr Harangen says between 100-200 people have been evacuated so far.