By the morning of June 12, the size of the fire had increased to about 443,989 acres, according to Wildfire Today. Over 4,300 people were working to contain the fire, which was reported to be only six percent contained at that time. 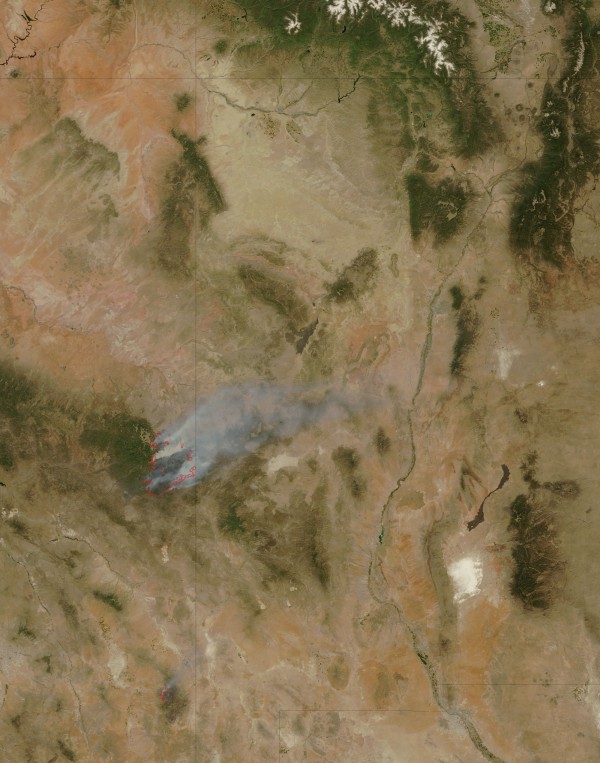 The Moderate Resolution Imaging Spectroradiometer (MODIS) on the Terra satellite acquired this image of the Wallow Fire on June 9 at 10:55 a.m. local time. Active fire areas are outlined in red. Smoke rises from the most intensely burning areas, but overall, the fire is producing less smoke than in previous days. (MODIS) 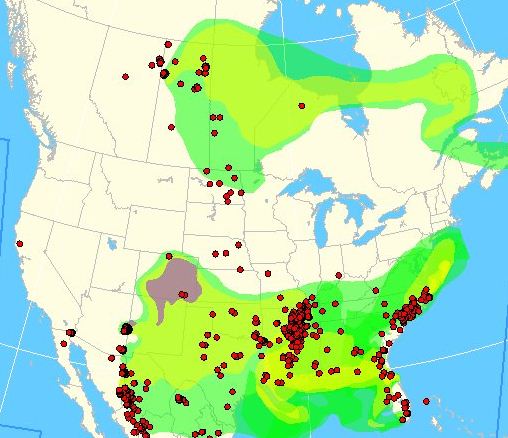 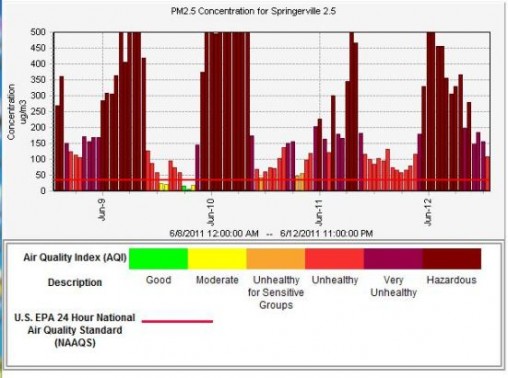