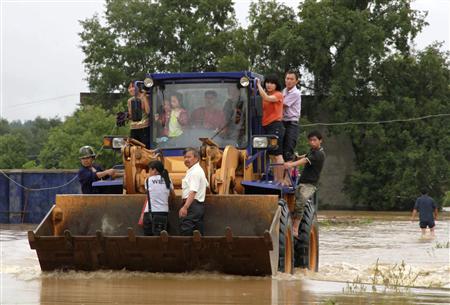 A new round of lethal floods and ensuing landslides have left at least 50 dead and 40 others missing in some of the major agricultural provinces in southern China, turning fears of month-long drought into record-breaking inundation and bringing this summer’s flood casualties to at least 94. At least 23 died and 10 were missing in the worst-hit Xianning, Hubei province, a spokesman with the provincial flood control and drought relief headquarters said on Friday. 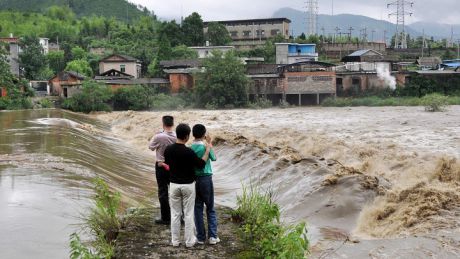 Most of the deaths and injuries were caused by collapsing buildings after floods destroyed embankments, and 60,000 residents in Xianning’s submerged Tongcheng county have been relocated to safe places by late Friday. Torrential rains have affected about 680,000 residents in the province, toppled 6,744 homes and inundated 639 square kilometers of farmlands. The direct economic loss could reach 610 million yuan ($94 million). About 1,500 soldiers and six military boats have participated in the rescue.

Continuous rainfalls had pounded Tongcheng beginning late Thursday, topping a 200-year record of 300 millimeters of rain in four hours and inundating the entire county, before the waters retreated late Friday. In suburban Tongcheng, local villagers were building earth-filled dams with shovels in preparation for forecast rains.

“Floodwaters quickly rose to my chest and pushed the grocery store in front of my home about five meters forward,” an unnamed villager was quoted by China Central Television as saying.

Traffic, electricity and telephone services in Tongcheng, which had been cut off by the floods, had mostly resumed in the downtown area by late Friday, the local flood control center said.

In nearby low-lying Chongyang county of Xianning, a submerged national road, which connects three nearby provinces, was cut off by floodwaters up to 0.4 meters deep. 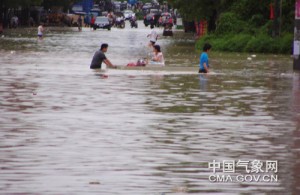 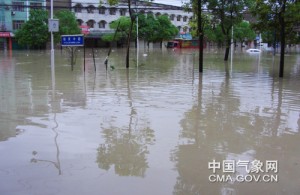 In other parts of China, rainfalls and approaching tropical storms have wreaked havoc in almost half of the country that just survived months of drought. 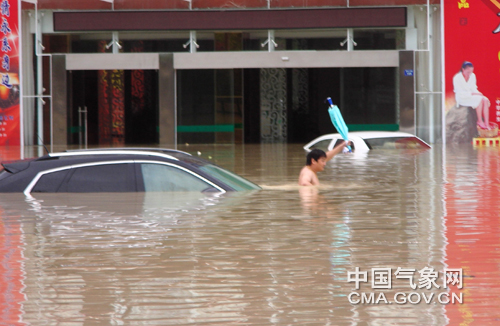 Meanwhile, this summer’s first tropical storm may land in South China’s Guangdong province over the coming weekend, bringing possible landslides in coastal Guangdong and Fujian provinces on Saturday, according to the provincial meteorological station.

Lin Jian, chief weatherman with the center, attributed the sudden shift from drought and downpours to an interruption of the monsoon.

Mao Liuxi, an agricultural meteorology expert with the center, said the flooding is not likely to have a negative impact on China’s grain production, adding high temperatures in the south later this year would ensure normal production. (ChinaDaily) 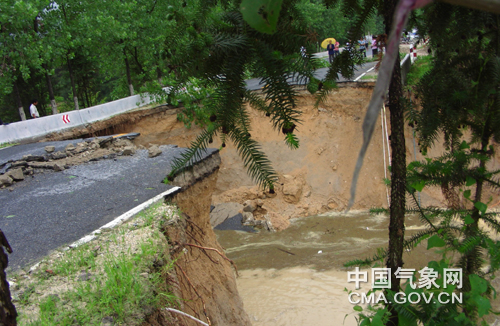