This region slightly grew during last 24 hours and exhibited some shearing but appears to have lost the delta configuration. However, it is now almost directly facing our planet which increases chances for Earth-directed CMEs.

Solar activity is expected to be low with a chance for another M-class (R1-R2, Minor-Moderate) flare from Region 2253 during the next three days (January 4 – 6) and a slight chance for an X-class (R3, Strong) flare.

As mentioned, Region 2253, now classified with 'beta-gamma' magnetic configuration, slightly grew during last 24 hours and exhibited some shearing but appears to have lost the delta configuration.

The remaining regions are mostly stable. 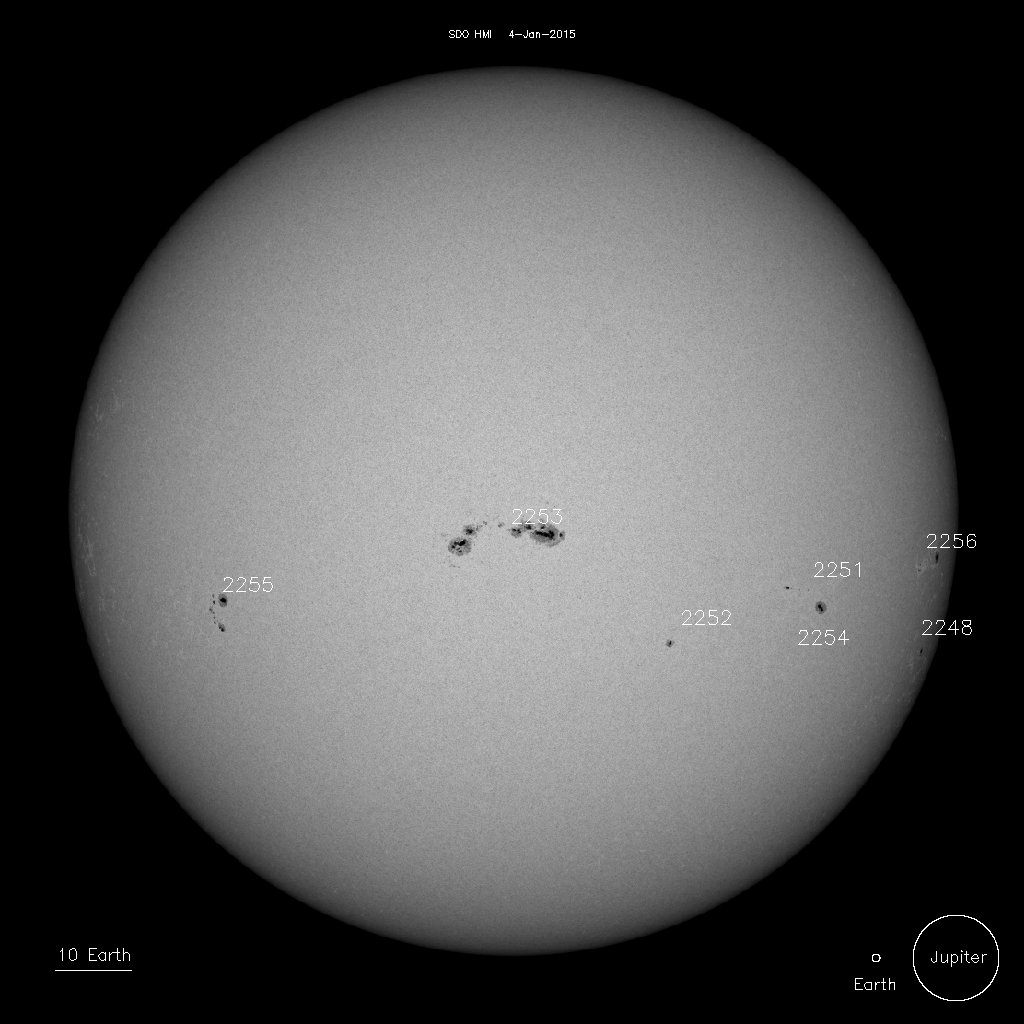 The geomagnetic field was at quiet to active levels, with a severe storm period observed at high latitudes during last 24 hours.