Earth is currently under the influence of a high speed solar wind stream originating in large southern coronal hole. Although the bulk of this stream is headed south of our planet, we have already experienced severe geomagnetic storm periods at high latitudes.

Area of impact is primarily poleward of 60 degrees Geomagnetic Latitude. Weak power grid fluctuations can occur during G1 storming as well as minor impact on satellite operations. Aurora may be visible at high latitudes. 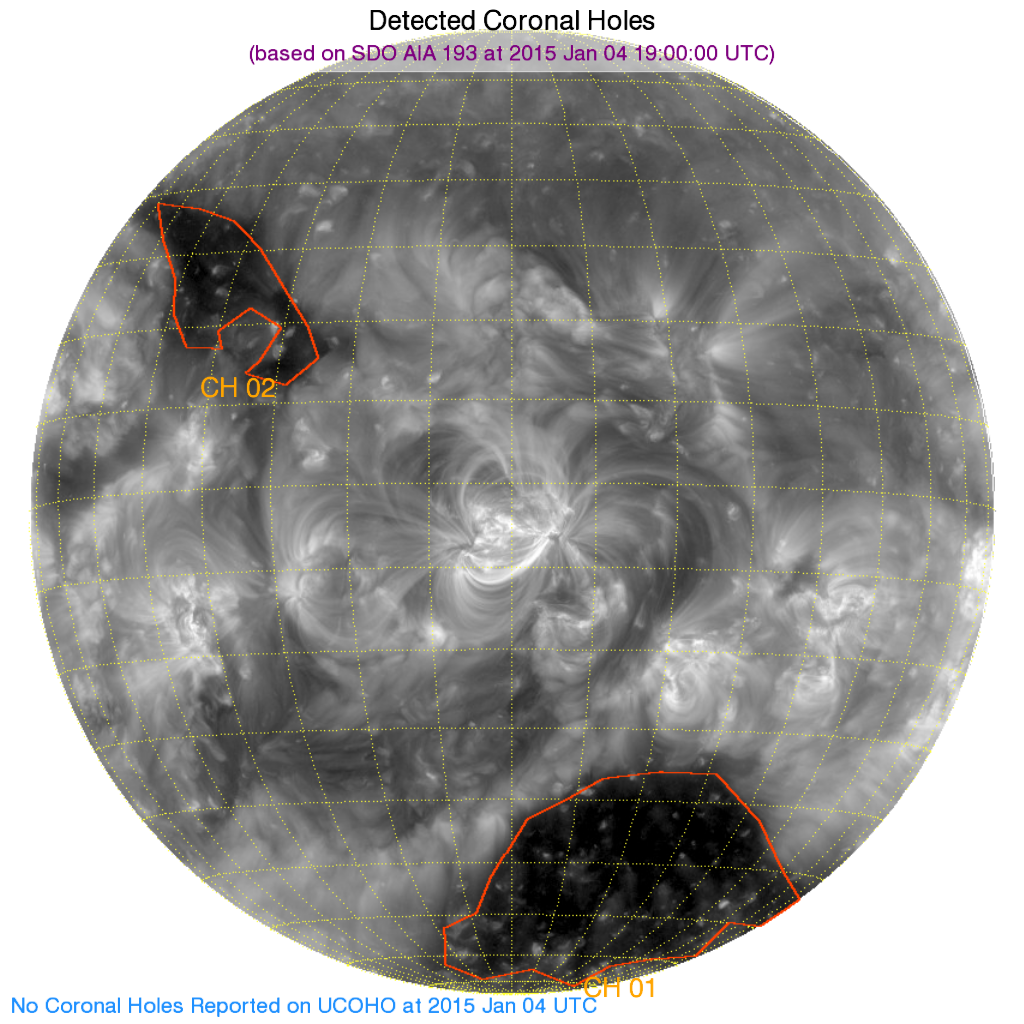 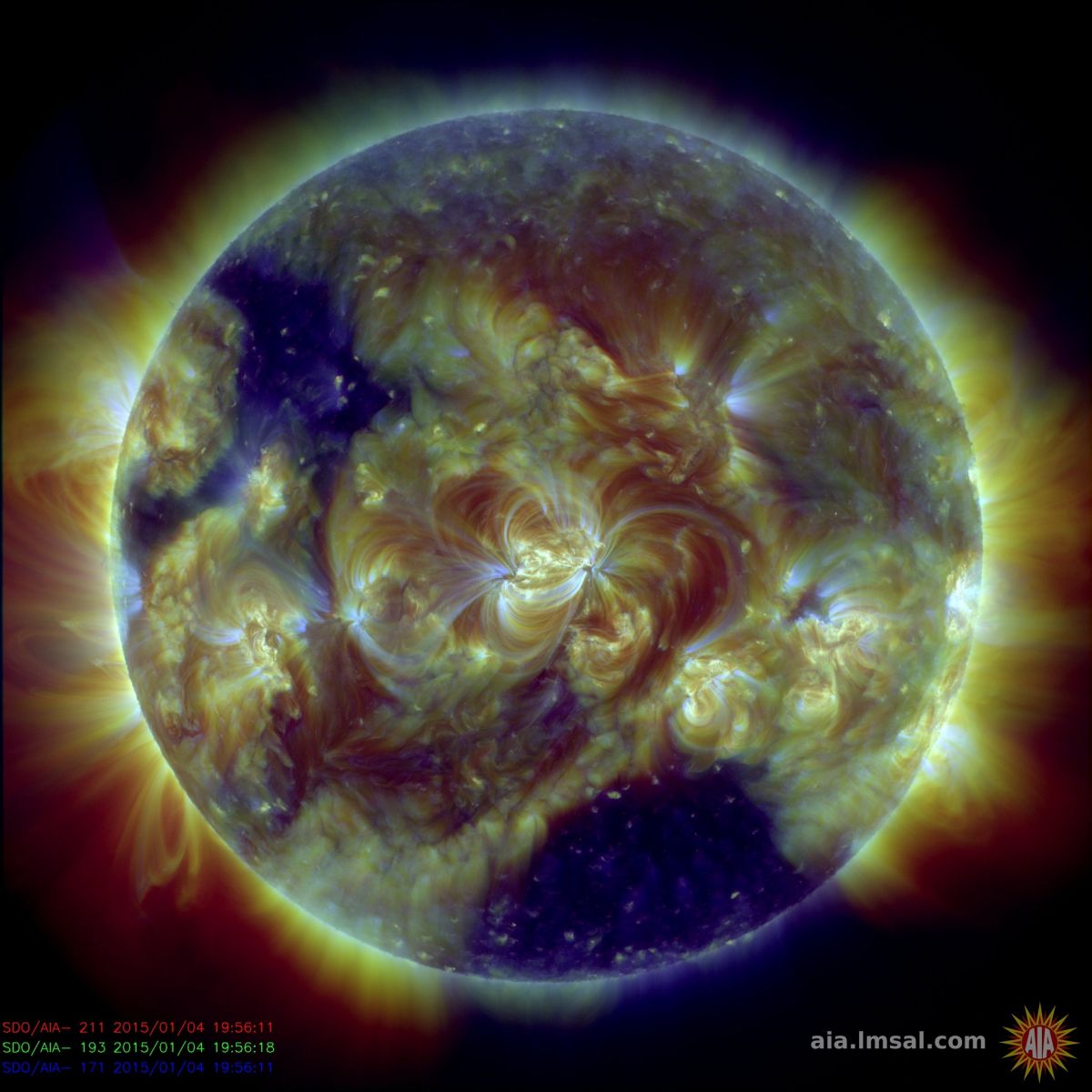 The solar wind environment at the ACE spacecraft is expected to continue to reflect the episodic influence of the southern coronal hole high speed stream.

The geomagnetic field is expected to be unsettled to active with a slight chance for minor storm (G1-Minor) levels on January 4 and 5 in response to the high speed solar wind stream.

Quiet to unsettled levels are expected on January 6 as the high speed stream influence wanes.