Solar winds over the past 24 hours were indicative of an anticipated Solar Sector Boundary Crossing (SSBC) followed by the likely arrival of Co-rotating Interaction Region (CIR) ahead of an isolated, negative polarity CH HSS.

Total IMF strength increased to over 10 nT shortly after 12:00 UTC on February 27 and reached a maximum value of 12 nT. The Bz component underwent a few periods of short duration, pronounced southward deviations. Solar wind speed also increased after 12:00 UTC and reached over 450 km/s around 15:30 UTC. The phi angle switched from positive to a mostly negative orientation shortly after 08:00 UTC, February 27. 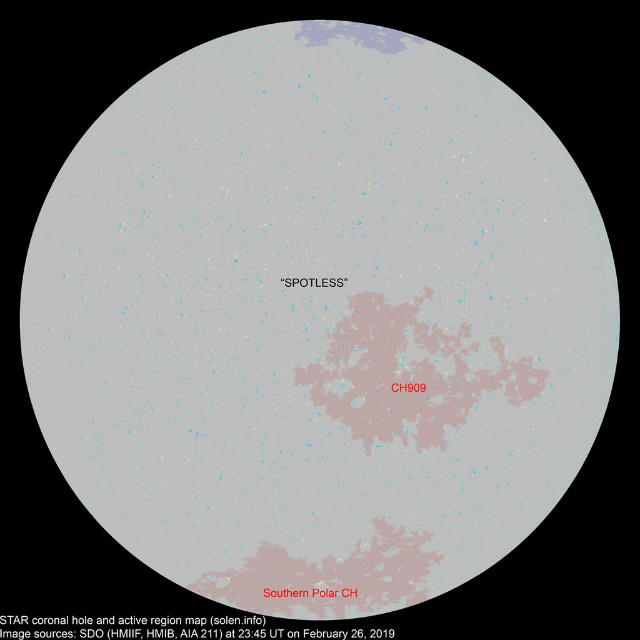