Region 2249 has 'beta-gamma' magnetic configuration, it is still growing and is located near the west limb. If Coronal Mass Ejection (CME) was generated by this event, it should not be Earth directed.

Solar activity is expected to be low, with a chance for M-class (R1-R2, Minor-Moderate) flares from December 27 to 29.

The solar wind environment is expected to be disturbed with the onset of a recurrent coronal hole high speed stream (CH HSS) today. 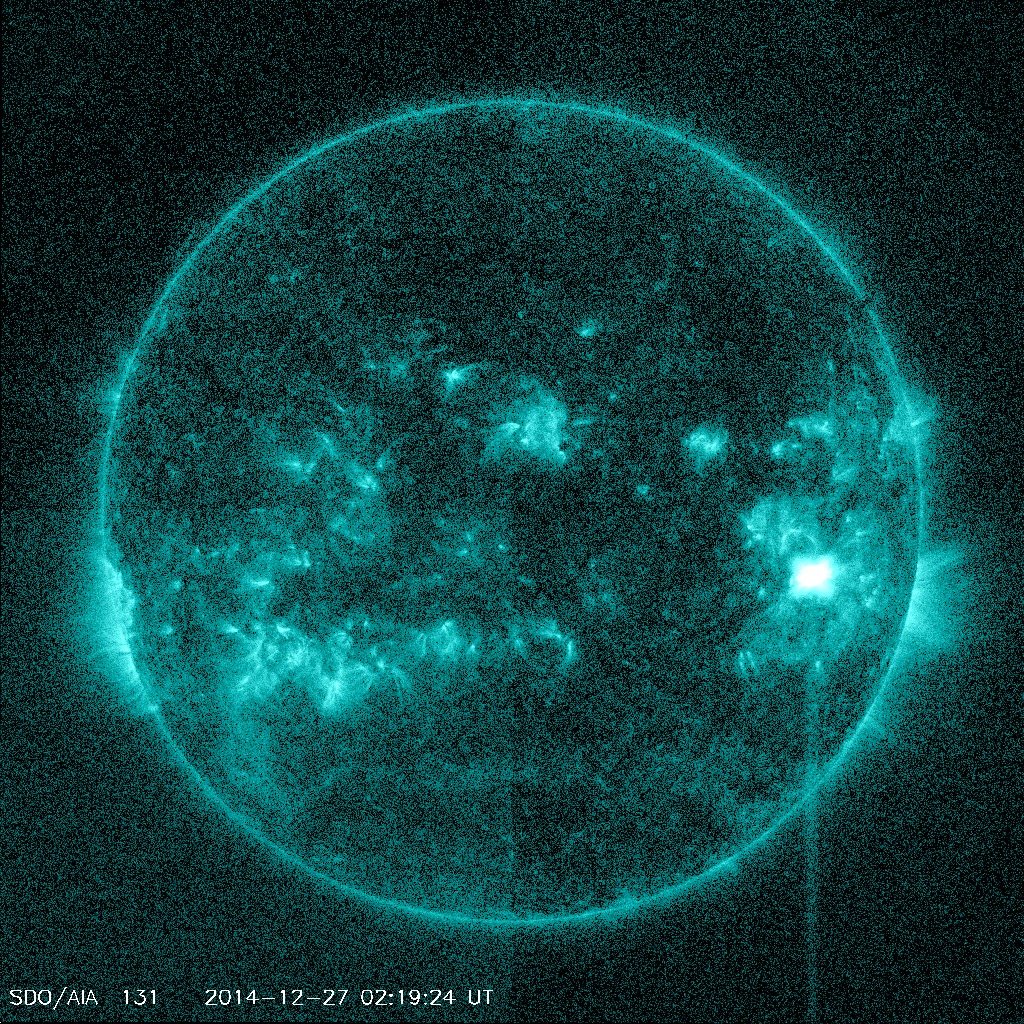 Region 2249, the source of today's M2.2 flare, continues to exhibit growth while approaching the west limb.

Other regions on the disk were relatively quiet during last 24 hours and stable. 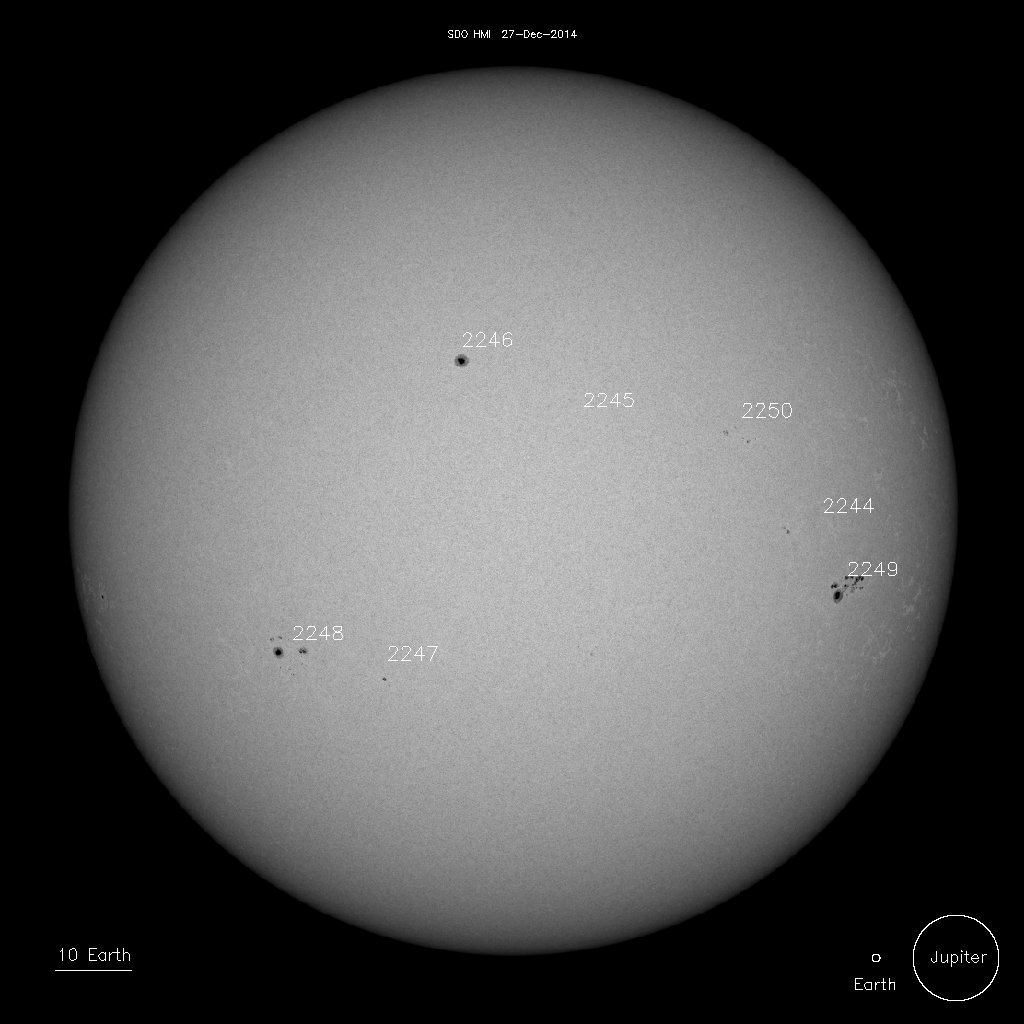 The geomagnetic field was at quiet to active levels yesterday due to prolonged periods of negative Bz.

It is expected to continue at quiet to unsettled levels with isolated active periods possible throughout December 27 – 29 due to the onset of a CH HSS.