A Type II radio emission with an estimated velocity of 900 km/s was associated with the event. Type II emissions typically indicate a Coronal Mass Ejection (CME) is associated with a flare event.

A long duration 10cm radio burst lasting 52 minutes, with peak flux of 2300 sfu was also associated with the event.  A 10cm radio burst indicates that the electromagnetic burst associated with a solar flare at the 10cm wavelength was double or greater than the initial 10cm radio background. This can be indicative of significant radio noise in association with a solar flare. This noise is generally short-lived but can cause interference for sensitive receivers including radar, GPS, and satellite communications.

It appears the most of ejected material is directed south of the ecliptic, however, further imagery is needed to determine if there is an Earth directed component. This page will be updated accordingly.

Update: Analysis of SOHO/LASCO coronagraph imagery indicated the majority of the ejecta was not Earth-directed, heading well south of the Sun/Earth plane. (SWPC, Forecast Discussion, December 21, 2014 at 00:30 UTC)

Solar activity is expected to be at moderate (R1-R2/Minor-Moderate) levels for the next three days (December 20 – 22) as Regions 2241 and 2242 remain large and magnetically complex. A chance also exists for an isolated X-class event (R3-Strong) during the same period.

There are currently 8 numbered sunspot regions on the Earth side of the Sun. Continued growth was observed in Regions 2241 (S09W06, Ekc/beta-gamma-delta) and 2242 (S18W29, Ekc/beta-gamma-delta), both maintaining East-West oriented inversion lines during last 24 hours. New Region 2243 was numbered yesterday, but it remained inactive. All other active regions were unremarkable. 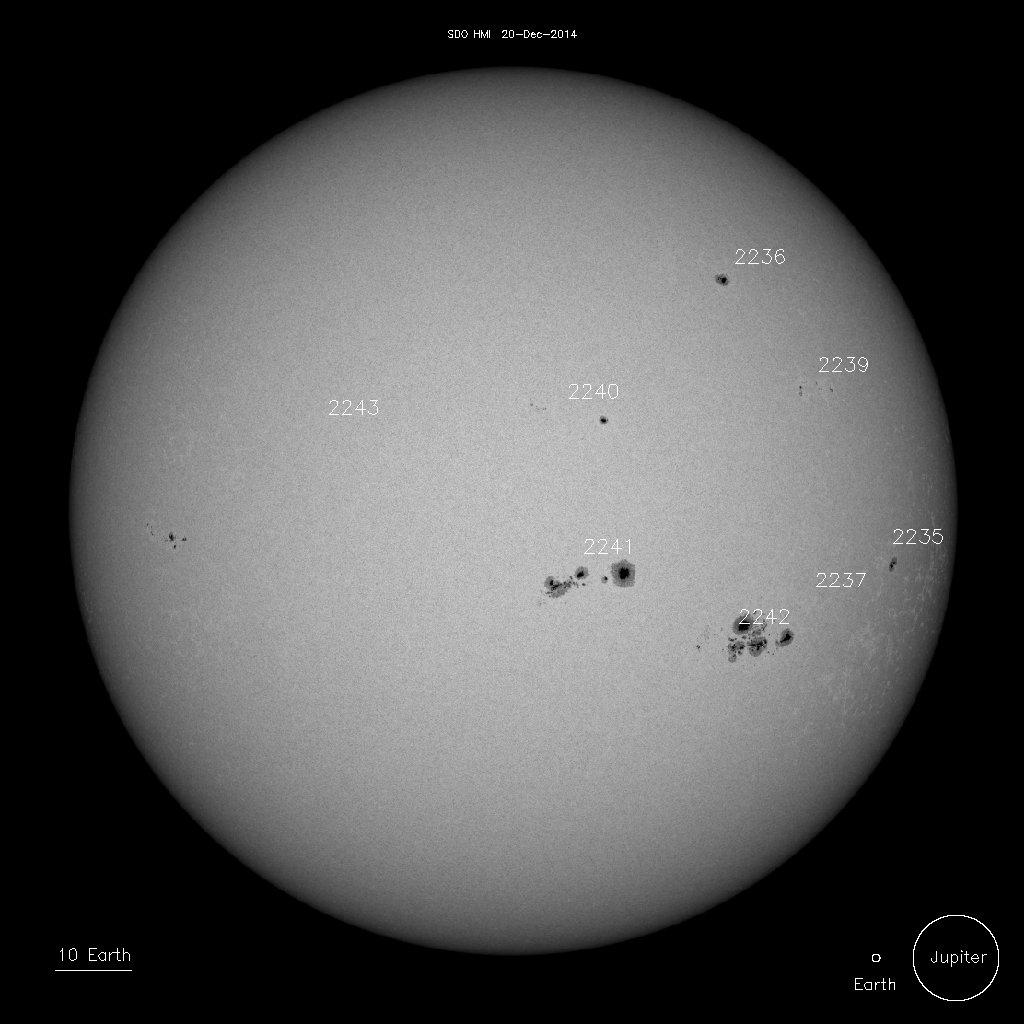 By early to midday December 21 the second CME, from December 18, is expected to cause active to major storm (G2-Moderate) conditions as it impacts the geomagnetic field. 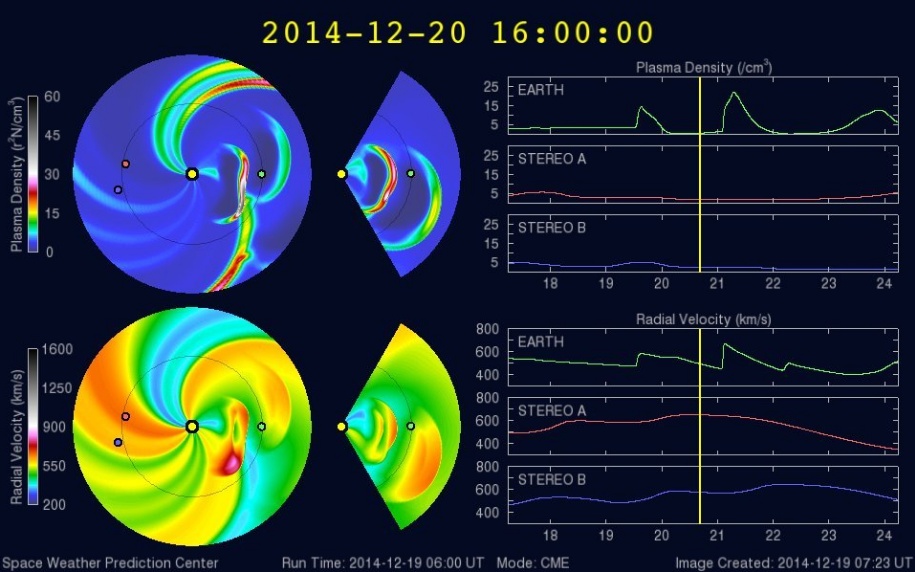