Images from NASA's Dawn Mission have been used to create a series of high-resolution geological maps of the large asteroid Vesta, revealing the variety of surface features in unprecedented detail. These maps are included with a series of 11 scientific papers published this week in a special issue of the journal Icarus.

"The geologic mapping campaign at Vesta took about two-and-a-half years to complete, and the resulting maps enabled us to recognize a geologic timescale of Vesta for comparison to other planets," said Williams.

Scientists discovered through these maps that impacts from several large meteorites have shaped Vesta's history. Asteroids like Vesta are remnants of the formation of the solar system, giving scientists a peek at its history. Asteroids could also harbor molecules that are the building blocks of life and reveal clues about the origins of life on Earth.

The geologic mapping of Vesta is enabled by images obtained by the framing camera provided by the Max Planck Institute for Solar System Research of the German Max Planck Society and the German Aerospace Center. This camera takes panchromatic images and seven bands of color-filtered images. Stereo photos are used to create topographic models of the surface that aid in the geologic interpretation. 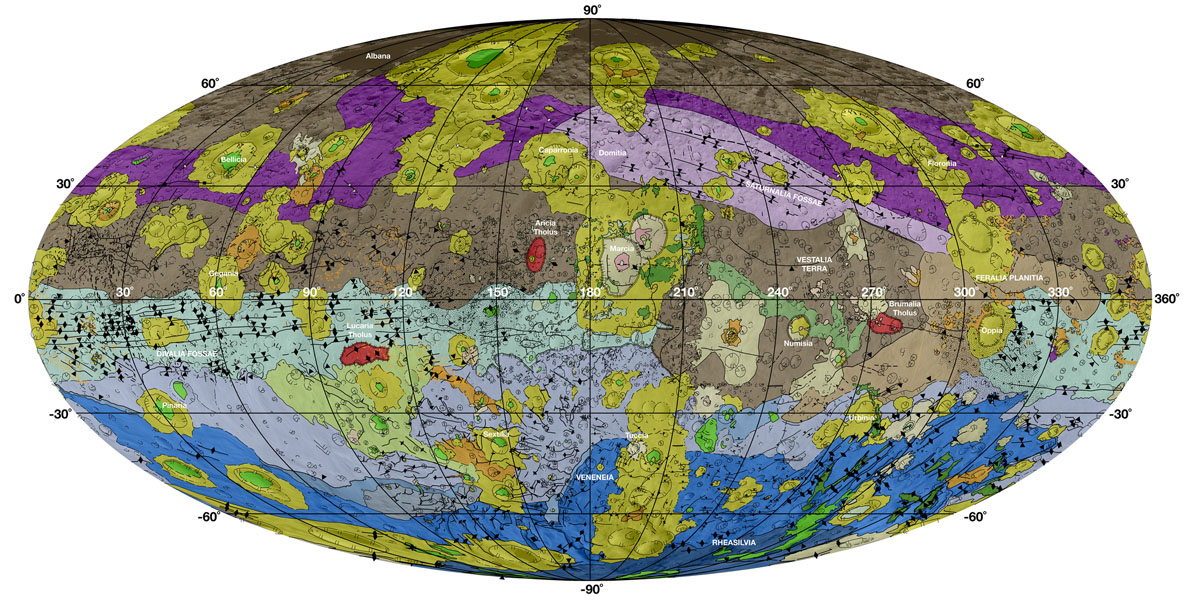 Vesta's geologic timescale is determined by the sequence of large impact events, primarily by the Veneneia and Rheasilvia impacts in Vesta's early history and the Marcia impact in its late history. The oldest crust on Vesta pre-dates the Veneneia impact.The relative timescale is supplemented by model-based absolute ages from two different approaches that apply crater statistics to date the surface.

"This mapping was crucial for getting a better understanding of Vesta's geological history, as well as providing context for the compositional information that we received from other instruments on the spacecraft: the visible and infrared (VIR) mapping spectrometer and the gamma-ray and neutron detector (GRaND)," said Carol Raymond, Dawn's deputy principal investigator at NASA's Jet Propulsion Laboratory in Pasadena, California. 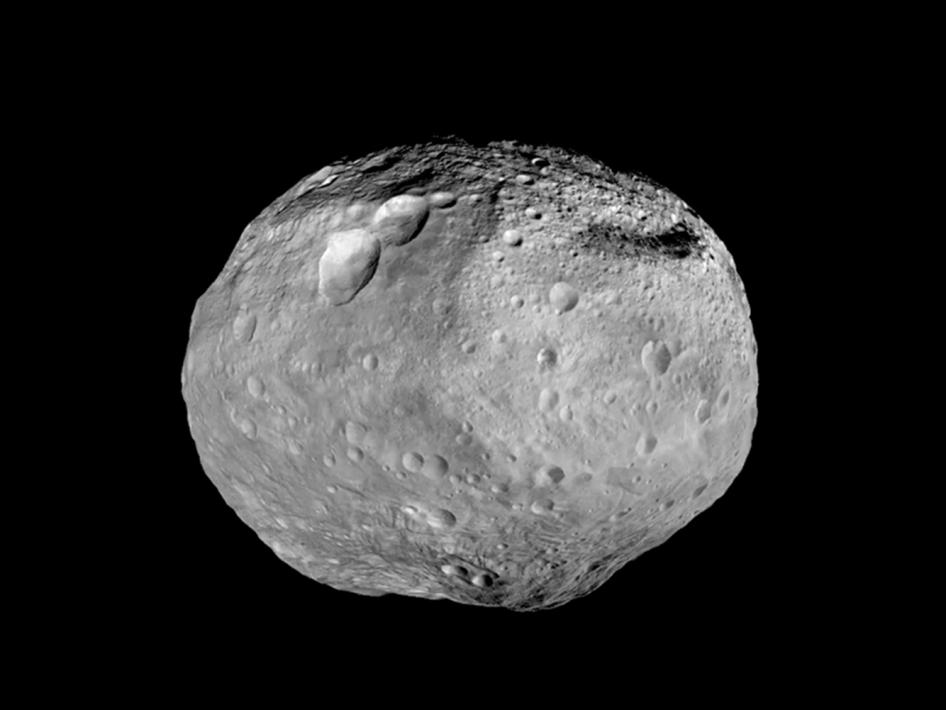 The objective of NASA's Dawn mission is to characterize the two most massive objects in the main asteroid belt between Mars and Jupiter – Vesta and the dwarf planet Ceres. The spacecraft launched in 2007. Vesta, orbited by the Dawn spacecraft between July 2011 and September 2012, was thought to be the source of a unique set of basaltic meteorites (called HEDs, for howardite-eucrite-diogenite), and Dawn confirmed the Vesta-HED connection.

Vesta was discovered on March 29, 1807 by Heinrich Wilhelm Olbers of Germany and it is the fourth asteroid discovered. Its size is about 578 by 560 by 458 kilometers (359 by 348 by 285 miles). At the asteroid's south pole is a giant crater – 460 kilometers (285 miles) across and 13 kilometers (8 miles) deep. The massive collision that created this crater gouged out one percent of the asteroid's volume, blasting over one-half million cubic miles of rock into space.

The Dawn spacecraft is currently on its way to Ceres, the largest object in the asteroid belt. Dawn will arrive at Ceres in March 2015.

Dawn uses ion propulsion in spiraling trajectories to travel from Earth to Vesta, orbit Vesta and then continue on to orbit the dwarf planet Ceres. Ion engines use very small amounts of onboard fuel, enabling a mission that would be unaffordable or impossible without them.