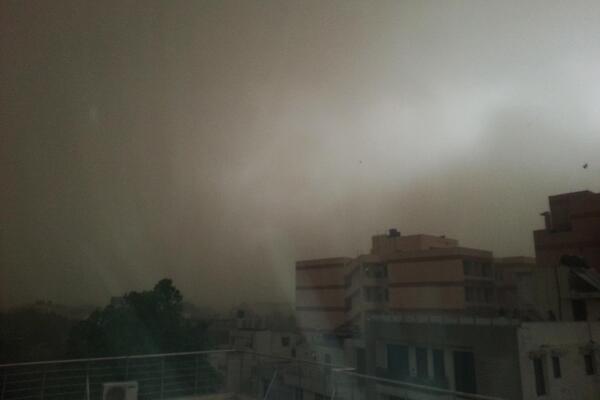 At least nine people were killed in and around New Delhi, India, when a massive thunderstorm brought down trees and cut off power on May 30, 2014. Most of the deaths were caused by the falling trees or collapsing walls.

A massive thunderstorm backed by dry dusty winds severely affected road traffic, metro services, flight operations and power supply in the city. Thousands of people were stranded outside Metro stations and on roads while dusty winds blew at a speed of over 90 km/h. The storm uprooted trees, cut off power lines in many areas and affected traffic lights leading to massive traffic jams. The storm affected many transmission lines and power generation plants in Delhi.

The MeT department has predicted bad air quality in the city for the next three days. System of Air quality Forecasting And Research (SAFAR) said the air quality was found "poor" following the storm. 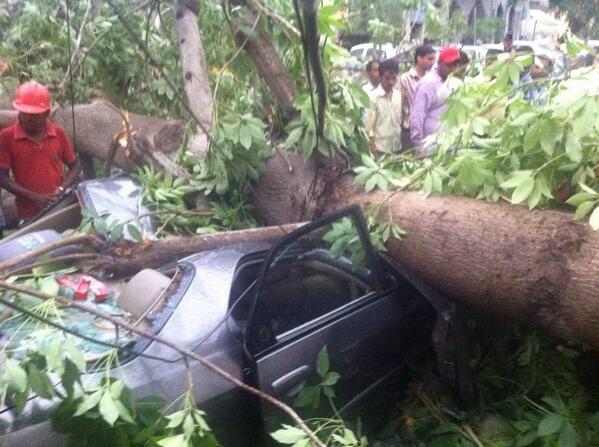 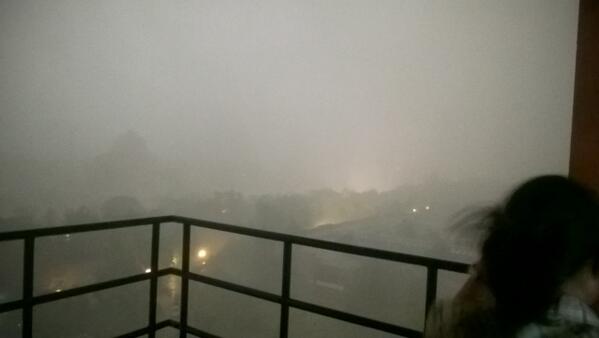 Met department termed the storm as "cumulonimbus". The cumulonimbus brings tall thunderstorms and dusty winds caused by western disturbance, currently situated over Pakistan. and attributed it to western disturbance over Pakistan. Cold and hot air combined over the Indo-Gangetic plains caused low pressure area, resulting in severe thunderstorm. Met office said similar weather conditions are likely to persist for over the next two days.
The maximum temperature recorded on May 30, 2014 was 42.8 degree Celsius while the minimum was 29.1 degrees. 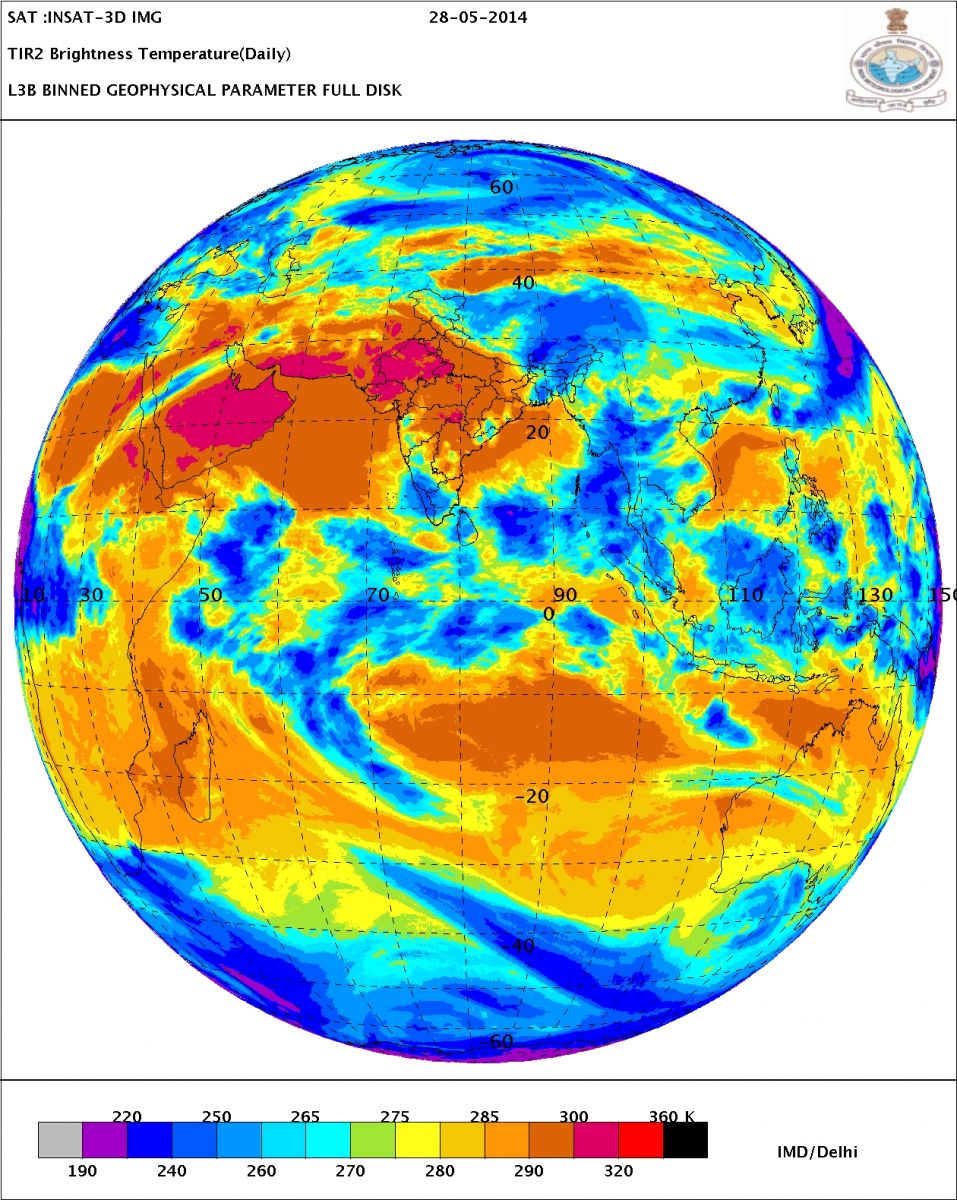 Daily surface temperature in region for may 30, 2014 (Credit: IMD/INSAT)