A shallow earthquake registered as M6.2 struck off the coast of Mexico on May 31, 2014 at 11:53 UTC. EMSC and USGS preliminary reports both mention M6.2 at depth of 10 km. The earthquake struck at 04:53 local time, far away from coastline.

There are no people living within 100 km radius. Green alert was issued for shaking-related fatalities and economic losses. 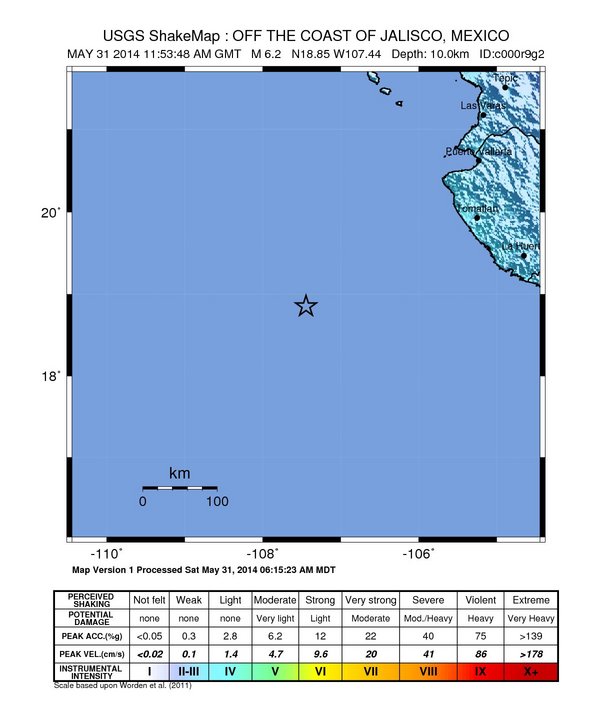