2014 Eastern Pacific hurricane season officially started on May 15, 2014. A week later, its first tropical depression was born southwest of Mexico. On May 23rd the system organized and strengthened into the first tropical storm of the season and was named "Amanda".

At the time, Amanda's maximum sustained winds had increased to 65 km/h (40 mph). Tropical-storm-force winds extended outward up to 55 km (35 miles) from the center.

The NHC discussion indicated that forecasters there expect Amanda to reach hurricane strength in about three or so days. 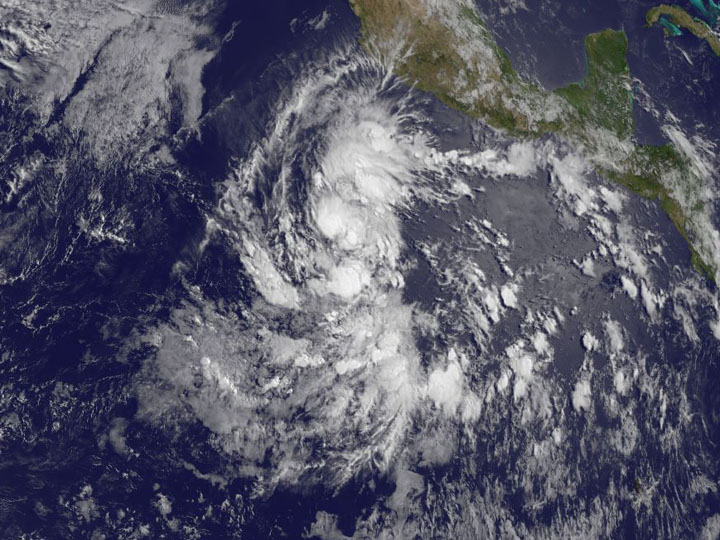 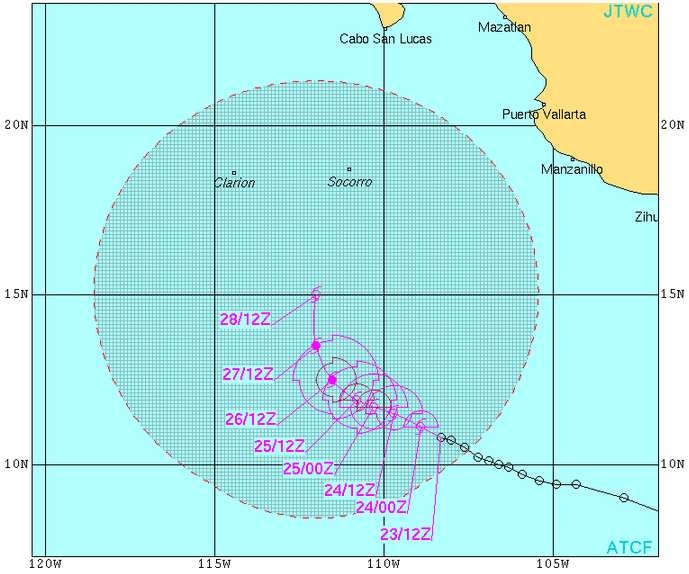 At 22:59 UTC on May 21 the Tropical Rainfall Measuring Mission (TRMM) satellite passed over System 92E, which will later strengthen into Tropical Storm Amanda.

These tall thunderstorms are often a sign that a tropical cyclone is forming or strengthening. Within twenty-four hours. (Goddard) 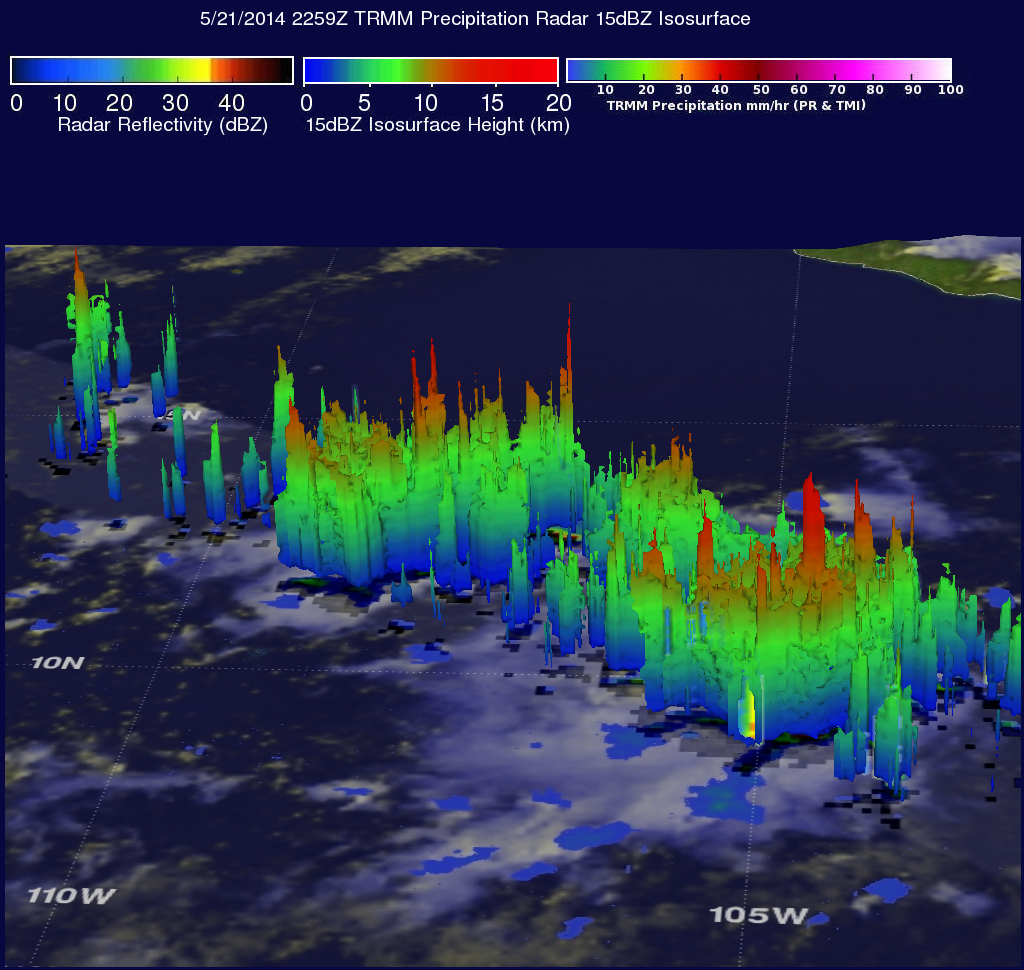 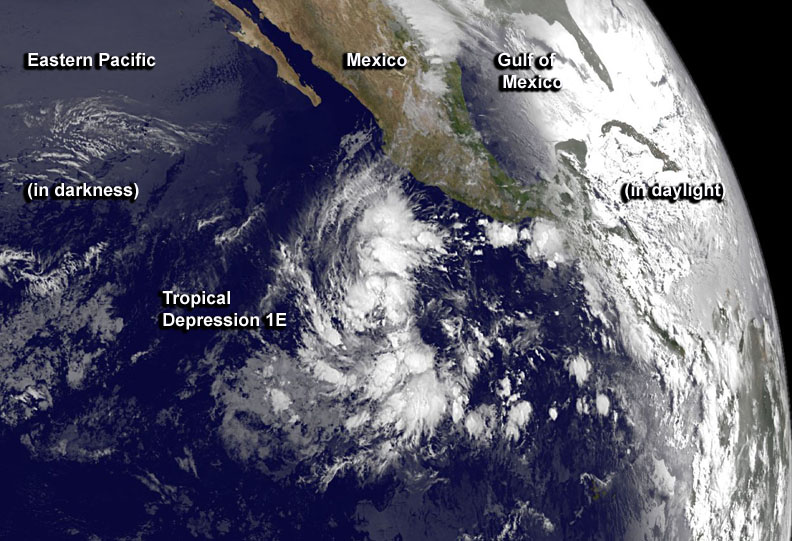 Tropical Depression 1E soon to become Tropical Storm Amanda on May 23 at 12:00 UTC, less than 12 hours after its birth in the Eastern Pacific. Image credit: NASA/NOAA GOES Project