A giant fireball was seen falling from the sky over central and northern Queensland on May 15th. According to eyewitnesses, a massive ball of fire had blue and orange tail and it might have hit the ground somewhere between Townsville and Jericho around 18:52 AEST (06:52 UTC).

Mount Isa resident, Virginia Hills, whose photo has been shared around the world in a matter of hours, said she accidentally photographed the phenomenon while taking multiple shots of the moon rising up over the horizon.

"It really was a very flukey shot", she told us few minutes ago adding she is a bit gobsmacked by it all.

"I was set up for trying my hand at a time lapse of the moon rising – there are so many factors that just made it right – a different lens, a desire for a different image, a different day – well – I would not be where I am now!"

One Townsville resident told ABC it looked like an explosion but without a sound. Another one said it hit like a bomb.

Astronomer Owen Bennedick, from Wappa Falls Observatory in Yandina on the Sunshine Coast, suggested the object was not a meteor but more likely part of a satellite re-entering the Earth's atmosphere.

Mr Bennedick said falling satellite debris was becoming more and more common, but he said the spectacle of an impact can be an optical illusion.

'If it actually hit the ground and made a flash then people within I would suggest 5 to 7 km would hear it,' he said. (Source: ABC) 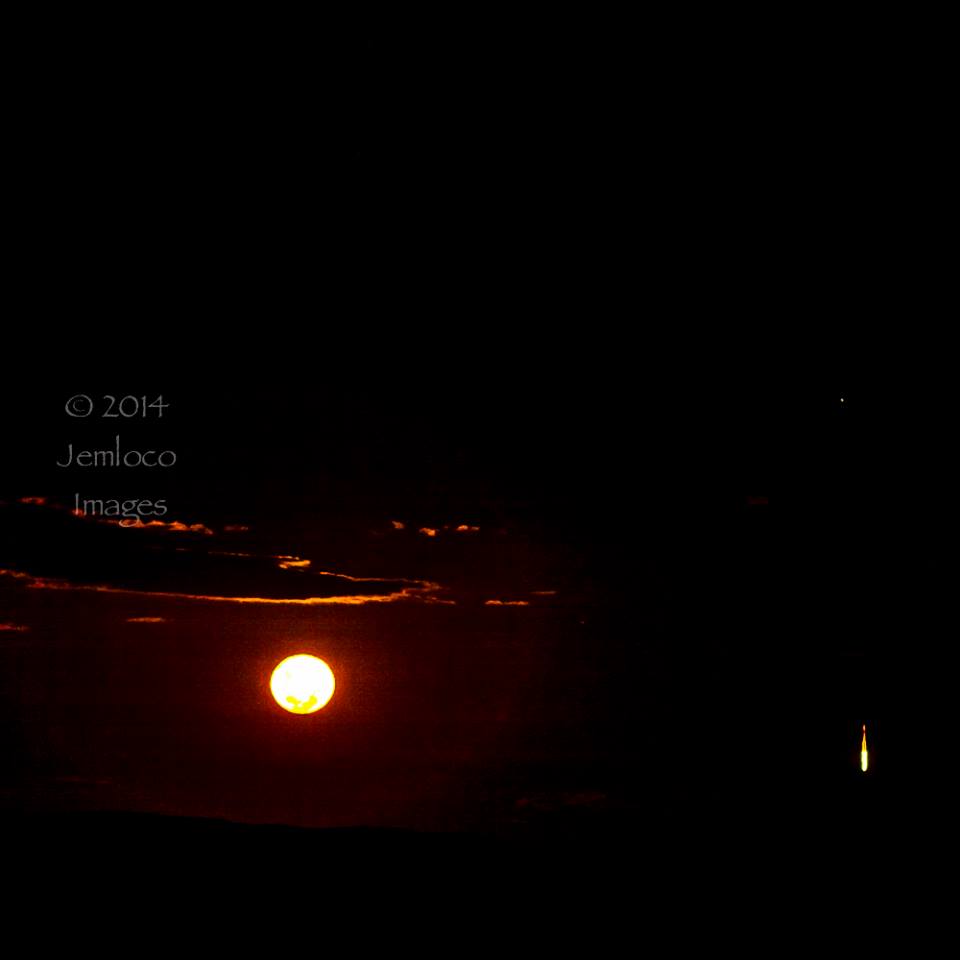 David Finlay, an amateur astronomer from Queensland, is convinced that the object is in fact a meteorite. He called everyone to help calculate the landing spot. See that story here.