This was the strongest earthquake registered in Tokyo since the 2011 Tohoku disaster.

USGS reported M6.0 earthquake at depth of 155.1 km (96.4 miles) and issued green alert for shaking-related fatalities and economic losses – there is a low likelihood of casualties and damage.

Although epicenter was located in the coastal area no tsunami watch, advisory or warning was in effect.

This was a subduction earthquake where the Pacific oceanic plate glides below the continental plate and sometimes hangs. When the energy gets too big, the locked section breaks and triggers an earthquake. (ER)

At least 17 people were injured in Kanto area:

JMA official said this quake was probably unrelated to the “big one” that experts predict will strike directly under Tokyo over the next 30 years. 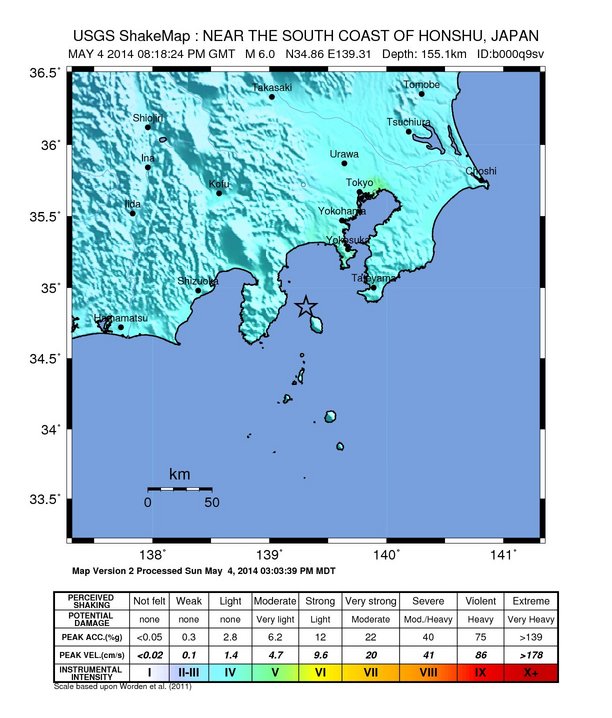 Overall, the population in this region resides in structures that are resistant to earthquake shaking, though some vulnerable structures exist. Recent earthquakes in this area have caused secondary hazards such as landslides, fires, and liquefaction that might have contributed to losses. 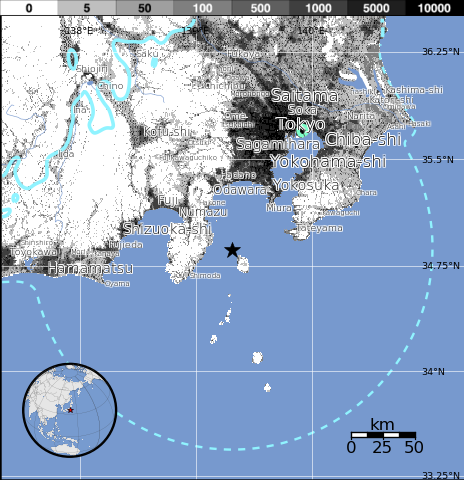