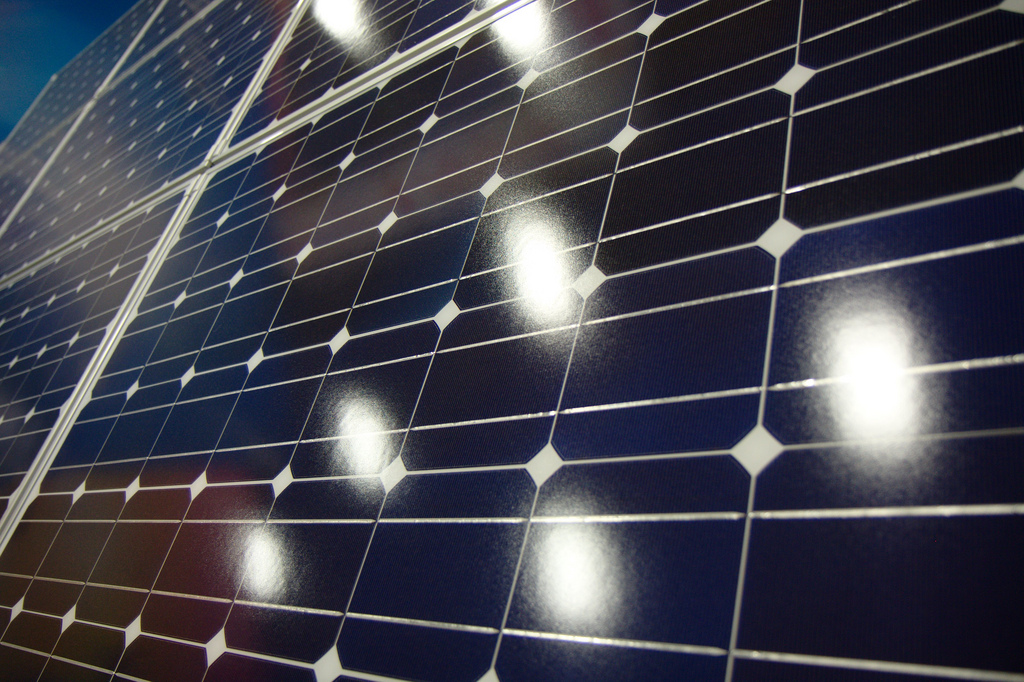 Northwestern University researchers are the first to develop a new solar cell with good efficiency that uses tin instead of lead perovskite as the harvester of light. The low-cost, environmentally friendly solar cell can be made easily using "bench" chemistry — no fancy equipment or hazardous materials.

"This is a breakthrough in taking the lead out of a very promising type of solar cell, called a perovskite," said Mercouri G. Kanatzidis, an inorganic chemist with expertise in dealing with tin. "Tin is a very viable material, and we have shown the material does work as an efficient solar cell."

Kanatzidis, who led the research, is the Charles E. and Emma H. Morrison Professor of Chemistry in the Weinberg College of Arts and Sciences.

The new solar cell uses a structure called a perovskite but with tin instead of lead as the light-absorbing material. Lead perovskite has achieved 15 percent efficiency, and tin perovskite should be able to match — and possibly surpass — that. Perovskite solar cells are being touted as the "next big thing in photovoltaics" and have reenergized the field.

Kanatzidis developed, synthesized and analyzed the material. He then turned to Northwestern collaborator and nanoscientist Robert P. H. Chang to help him engineer a solar cell that worked well.

"Our tin-based perovskite layer acts as an efficient sunlight absorber that is sandwiched between two electric charge transport layers for conducting electricity to the outside world," said Chang, a professor of materials science and engineering at the McCormick School of Engineering and Applied Science.

Details of the lead-free solar cell were published May 4 by the journal Nature Photonics. Kanatzidis and Chang are the two senior authors of the paper.

Their solid-state tin solar cell has an efficiency of just below 6 percent, which is a very good starting point, Kanatzidis said. Two things make the material special: it can absorb most of the visible light spectrum, and the perovskite salt can be dissolved, and it will reform upon solvent removal without heating.

"Other scientists will see what we have done and improve on our methods," Kanatzidis said. "There is no reason this new material can't reach an efficiency better than 15 percent, which is what the lead perovskite solar cell offers. Tin and lead are in the same group in the periodic table, so we expect similar results."

Perovskite solar cells have only been around — and only in the lab — since 2008. In 2012, Kanatzidis and Chang reported the new tin perovskite solar cell with promises of higher efficiency and lower fabrication costs while being environmentally safe.

"Solar energy is free and is the only energy that is sustainable forever," Kanatzidis said. "If we know how to harvest this energy in an efficient way we can raise our standard of living and help preserve the environment."

The solid-state tin solar cell is a sandwich of five layers, with each layer contributing something important. Being inorganic chemists, Kanatzidis and his postdoctoral fellows Feng Hao and Constantinos Stoumpos knew how to handle troublesome tin, specifically methylammonium tin iodide, which oxidizes when in contact with air.

The first layer is electrically conducting glass, which allows sunlight to enter the cell. Titanium dioxide is the next layer, deposited onto the glass. Together the two act as the electric front contact of the solar cell.

Next, the tin perovskite — the light absorbing layer — is deposited. This is done in a nitrogen glove box — the bench chemistry is done in this protected environment to avoid oxidation.

On top of that is the hole transport layer, which is essential to close the electrical circuit and obtain a functional cell. This required Kanatzidis and his colleagues to find the right chemicals so as not to destroy the tin underneath. They determined what the best chemicals were — a substituted pyridine molecule — by understanding the reactivity of the perovskite structure. This layer also is deposited in the glove box. The solar cell is then sealed and can be taken out into the air.

A thin layer of gold caps off the solar-cell sandwich. This layer is the back contact electrode of the solar cell. The entire device, with all five layers, is about one to two microns thick.

The researchers then tested the device under simulated full sunlight and recorded a power conversion efficiency of 5.73 percent.