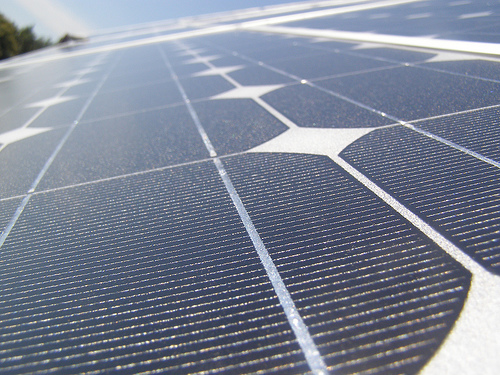 Solar energy is not something associated with cooling, but a research team from Stanford University have utilised new technology for effective cooling in buildings and cars.

Shanhui Fan, a Stanfoird professor of electrical engineering, has developed nano technology material which not only reflects maximum sunlight but also throws the radiations back into space hence not warming up the atmosphere of the Earth. This material eliminates the need for air conditioning.

A typical one-story, single-family house with just 10 percent of its roof covered by radiative cooling panels could offset 35 percent its entire air conditioning needs during the hottest hours of the summer.

The material emits thermal energy that can pass through the atmosphere, avoiding the refractive greenhouse effect.

“People usually see space as a source of heat from the sun, but away from the sun outer space is really a cold, cold place,” explained Fan. “We’ve developed a new type of structure that reflects the vast majority of sunlight, while at the same time it sends heat into that coldness, which cools manmade structures even in the day time.”

Using nanostructured photonic materials they create the structure. This device is passive and requires both a boiler and a heat exchange system.

The team strongly suppressed heat-inducing sunlight the panel absorbs, while radiating heat efficiently in the frequency range required to escape Earth’s atmosphere. The material is made of quartz and silicon carbide, both very weak absorbers of sunlight.

“We combine the thermal emitter and solar reflector into one device, making it both higher performance and much more robust and practically relevant. In particular, we’re very excited because this design makes viable both industrial-scale and off-grid applications,” said Aaswath Raman, a doctoral candidate and co-first-author of the paper.

“The new device is capable of achieving a net cooling power in excess of 100 watts per square meter. By comparison, today’s standard 10-percent-efficient solar panels generate the about the same amount of power. That means Fan’s radiative cooling panels could theoretically be substituted on rooftops where existing solar panels feed electricity to air conditioning systems needed to cool the building,” Stanford

Cooling of excess of 100 watts can be achieved with the utilization of this technology. This can help replace the existing solar panels, theoretically.

Most of the sunlight-drenched population of the world with the requirement for electricity will benefit the most. The needs can be fulfilled with proper usage of this technology.

“In addition to these regions, we can foresee applications for radiative cooling in off-the-grid areas of the developing world where air conditioning is not even possible at this time. There are large numbers of people who could benefit from such systems,” Fan said.