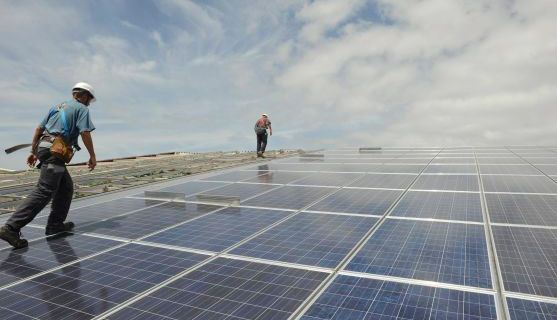 Earlier this year, Denmark’s parliament resolved to increase share of renewable energy to 35% among Danish energy supply by 2020, making it to 100% by 2050. Denmark recently announced that the nation will achieve its 2020-goal of 200 MW solar cell capacity this year, which is in fact 100 times than 2010. Furthermore, they’re adding up 36 MW to their capacity every month which suggests that this by 2020, it will rise to 1000 MW and to 3400 MW by 2030. Such a commitment is exemplary for other nations relying heavily on fossil fuels, yet willing to adopt renewable sources like solar energy to cope sky-rocketing energy needs.

What lead to rise in demand of solar cells?

Infrastructural development is credited with such an achievement. Innovative net metering system has proved more economical and suitable to utilize solar energy as compared to the conventional off-grid system ever since its implementation in 2010. This lead to increase in increased demand of solar cells as households and public institutions can store their surplus production in the public grid, which offers incentive to the consumers utilizing it.

According to Invest in Denmark‘s Project Manager Kim Schultz,

“The demand for solar cells has increased dramatically since net metering was implemented in 2010. Net metering gives private households and public institutions the possibility of ‘storing’ surplus production in the public grid, which makes solar panels considerably more attractive. Denmark benefits from a strong design tradition and this also characterizes the Danish solar sector in which aesthetics and thinking ahead of user needs is a central part of product development. This means that solar solutions are more likely to meet consumers’ demands. Last but not least, Denmark has a unique energy system with a very high share of renewable energy. This makes the energy system very suitable as a platform for Smart Grid technologies, which are a key element to fully exploit renewable energy sources like solar panels and wind energy.”

Last year, Denmark generated 26% of its energy requirements from wind energy. The pace at which this nation is trying to replace renewable sources of energy with fossil fuels, the 2050 goal of eliminating fossils completely seems pragmatic.