A shallow earthquake registered by the Geological Survey of Denmark and Greenland as M3.4 hit West Jutland, Denmark at 08:57 UTC on September 16, 2018. EMSC registered it as M2.9 at a depth of 14 km (8.7 miles). This was the strongest quake to hit Denmark since 2012.

"On a global scale, this is a small earthquake, and many of this magnitude occur every day. But for Denmark, this is one of the larger earthquakes. We don’t often see earthquakes of this size here," GEUS seismologist and senior researcher Trine Dahl-Jensen said, as reported by The Local.

"The location of the epicenter is unusual for Denmark," Dahl-Jensen added. "We mostly see earthquakes off the coast further north, off Thy. We don’t often have earthquakes in this area."

"We noticed briefly that the whole building where we are located was shaking. It’s actually a solid building," Central and West Jutland Police duty officer Carsten Henriksen told Ritzau. 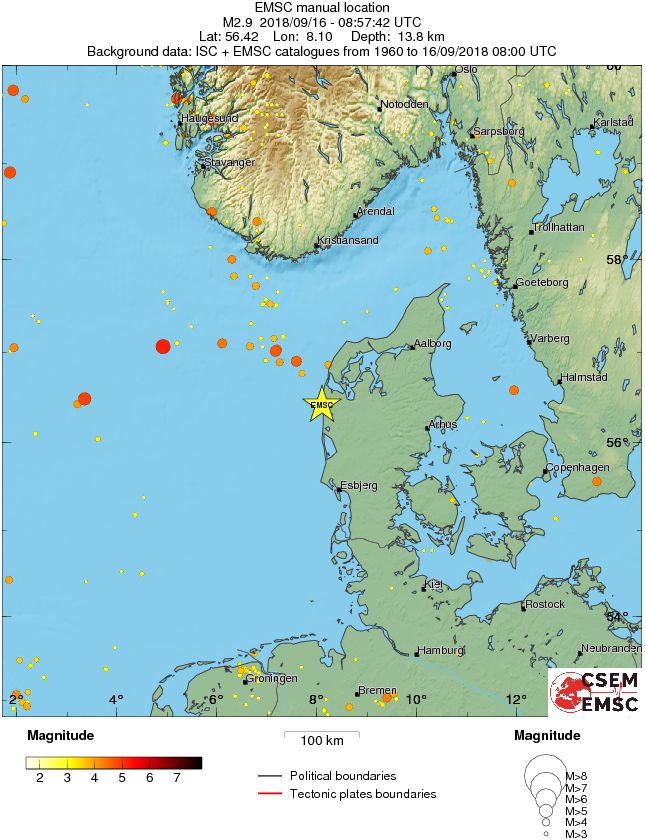 The map below shows locations of all earthquakes registered in Denmark by the EMSC since 2006: 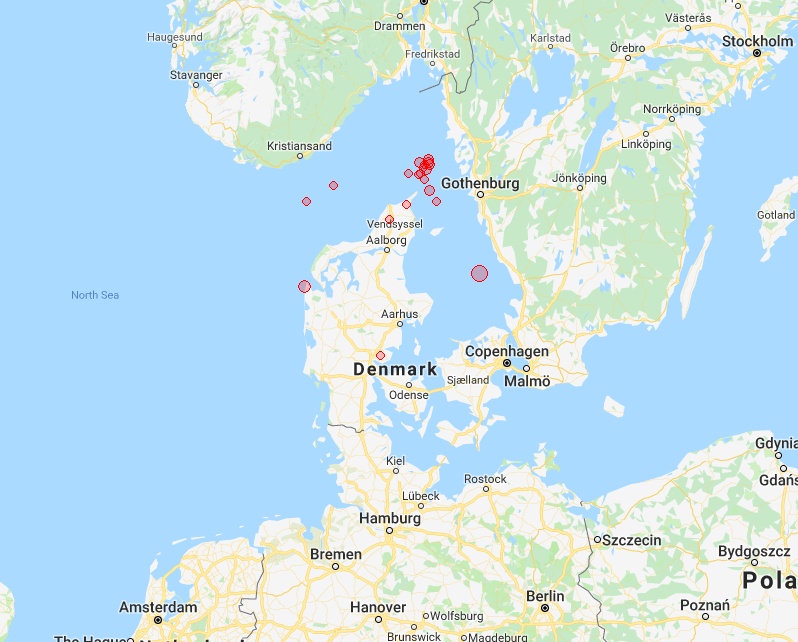