Underwater eruption of Jebel Zubair volcano continues with the production of a steam plume of variable size, not always easily identifiable on satellite images. A SO2 plume is also visible on satellite data drifting from the eruption site.

This latest eruption, started on September 28, 2013, is SW of the 2011-12 eruption which created a new volcanic island there.

The eruption is occurring along the Zubair Group, a collection of small islands off the west coast of Yemen. Running in a roughly northwest-southeast line, the islands poke above the sea surface, rising from a shield volcano. This region is part of the Red Sea Rift where the African and Arabian tectonic plates pull apart and new ocean crust regularly forms. 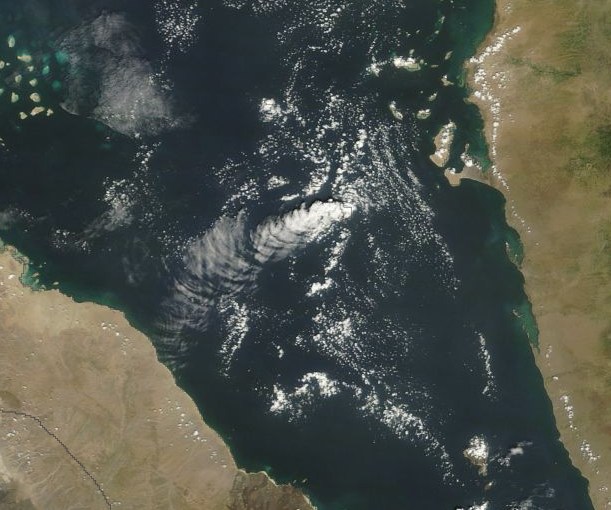 No ash can be seen on latest satellite imagery, only steam, and the area of discolored water (indicator of suspended particles) is small.

That suggests that the eruption is currently rather weak and probably has not yet entered the so-called surtseyan phase where solid fragments (ash, lava blocks) are ejected above the surface of the sea (VD).