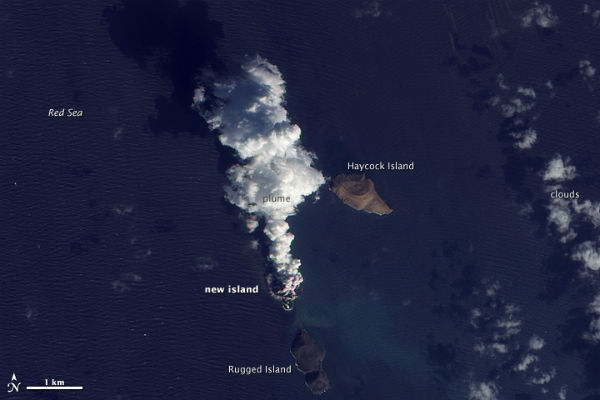 The volcanic activity occurred along the Zubair Group, a collection of small islands off the west coast of Yemen. Running in a roughly northwest-southeast line, the islands poke above the sea surface, rising from a shield volcano. This region is part of the Red Sea Rift where the African and Arabian tectonic plates pull apart and new ocean crust regularly forms.

At the moment, the report remains a bit questionable: no thermal anomaly or ash clouds are visible on satellite data. This could indicate that either the eruption was extremely short and small, or (more likely) that there something else happened (military action, fire etc) which was mistaken by untrained distant observers for lava fountains. On the other hand, volcanic eruptions on the Red Sea rift are nothing unusual, although the remoteness of the area often prevents observation. (VolcanoDiscovery) 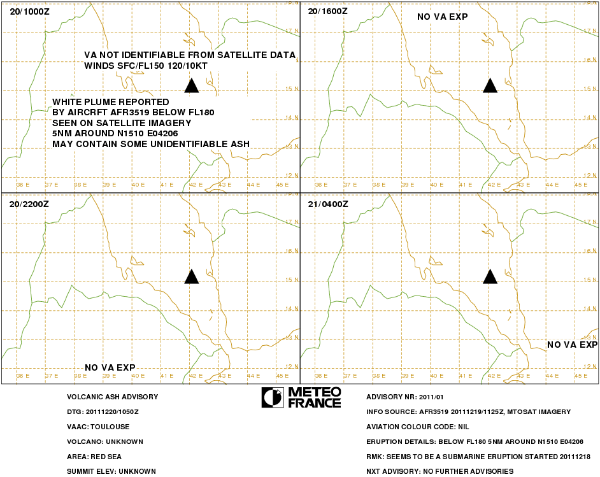 The 5-km-long Jebel Zubair Island is the largest of a group of 10 small islands and submerged shoals that rise from a shallow platform in the Red Sea rift. The platform and eruptive vents forming the islands and shoals are oriented NNW-SSE, parallel to the rift. An early explosive phase was followed by a brief period of marine erosion, and then by renewed explosive activity accompanied by the extrusion of basaltic pahoehoe lava flows. This latest phase of activity occurred on the morphologically youngest islands of Zubair, Centre Peak, Saba, and Haycock. Historical explosive activity was reported from Saddle Island in the 19th century. Spatter cones and pyroclastic cones were erupted along fissures that form the low spine of Zubair Island. (Global Volcanism Program) 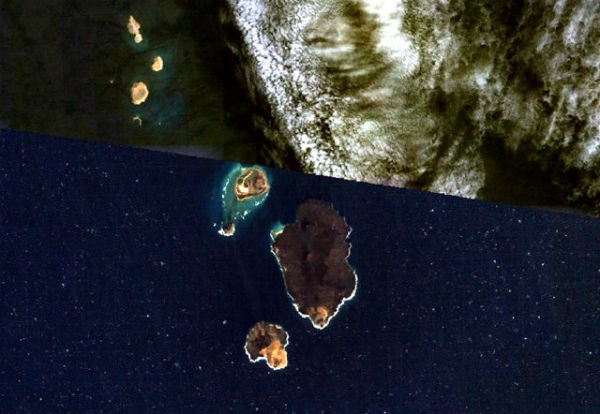 One young divergent plate boundary is actively forming the Red Sea. Although the Arabian penninsula and Africa were once linked to form a single continent, they are now being ripped apart. A new ocean, the Red Sea is being formed as two plates separate.

Nearby Jabal al-Tair volcanic island erupted unexpectedly in 2007, after 124 years of inactivity, killing 8 people, as well as the volcanoes of the Afar Triagle in Eritrea and Ethiopia and the volcanic fields of southern Yemen and Saudi Arabia.