The birth of a volcanic island is a potent and beautiful reminder of our dynamic planet’s ability to make new land. Given the destruction we’ve seen following natural events like earthquakes and tsunamis in the past few years, stunning images of two islands forming in the southern Red Sea are most welcome.

The images have been published as part of a study in Nature Communications. It describes how the two new islands formed during volcanic eruptions in 2011 and 2013 respectively, are now being steadily eroded back into the depths. And they erode quickly: one of the islands has lost 30% of its area in just two years.

Superb images document the birth and growth of these new islands and also document their changing shape as the Red Sea washes over them. 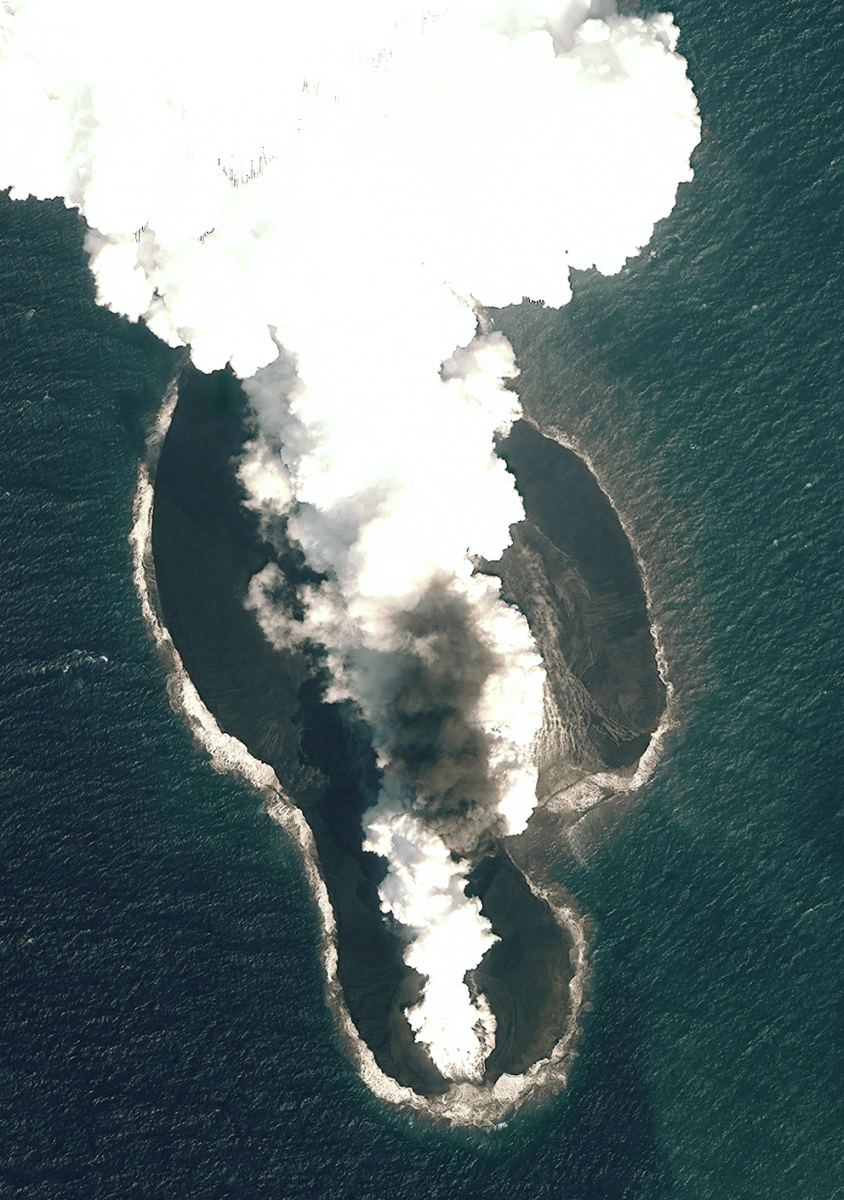 Magma from an undersea eruption has a difficult journey to travel from the sea floor to the surface to form a new volcanic island, as it becomes continually quenched by an endless supply of water. But that’s what happened when the two volcanic islands, dubbed Sholan and Jadid, formed in the remote Zubair archipelago, part of Yemen.

The southern Red Sea is not a part of the world that many people would recognise as being volcanically active, but it is part of an immense African rift system – a chain of cracks in the Earth’s crust more than 3,000km long. The southern Red Sea is a place where a new ocean is forming as the tectonic plates spread apart at about 6mm per year. Underneath the Red Sea is an embryonic mid-ocean ridge, an undersea range of mountains created by volcanic eruptions.

Mid-ocean ridge spreading is mimicked in the system that feeds the eruptions – long and linear magma-filled cracks called dykes. The researchers used satellite images and knowledge of ground deformation to understand the eruptions and their feeder systems. They discovered that the dykes were at least 10km in length whereas the islands are both less than 1km in diameter.

This is similar to what happens in other volcanic areas where spreading takes place such as Iceland, where a long fissure may be active at the very start of an eruption, but as the eruption progresses the activity becomes focused around just a few vents. These features support the claim by the researchers that active spreading is taking part.

Another key finding of the research is that the seismic swarms that occurred during the formation of these volcanic islands have been observed in the past, but without eruptions being witnessed (this is a remote area). The authors argue that these older seismic swarms were caused by dyke intrusions or submarine eruptions – either of which would suggest that this area is more volcanically active than previously thought.

This is corroborated by observations that the islands in the Zubair archipelago are all constructed of a type of fragmental volcanic rock that characterises the magma-water interactions which occur when volcanic islands are formed. 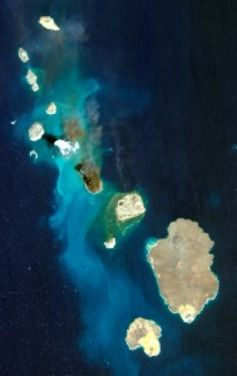 The value of this research is that by combining high-resolution optical imagery, satellite (InSAR) observations, and seismicity, the researchers have characterised the birth and development of two volcanic islands along a mid-ocean ridge system with unprecedented detail.

Perhaps the most exciting finding of the new research is that the birth of these islands suggests that the Zubair archipelago is undergoing active spreading and that further submarine and island-building eruptions are to be expected.

Written by: Dave McGarvie, Senior lecturer at The Open University

This article was originally published on The Conversation