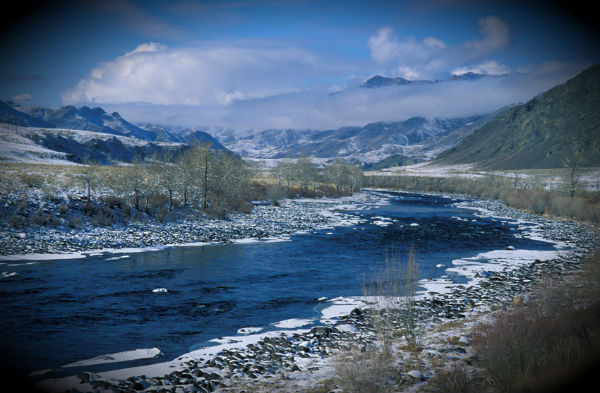 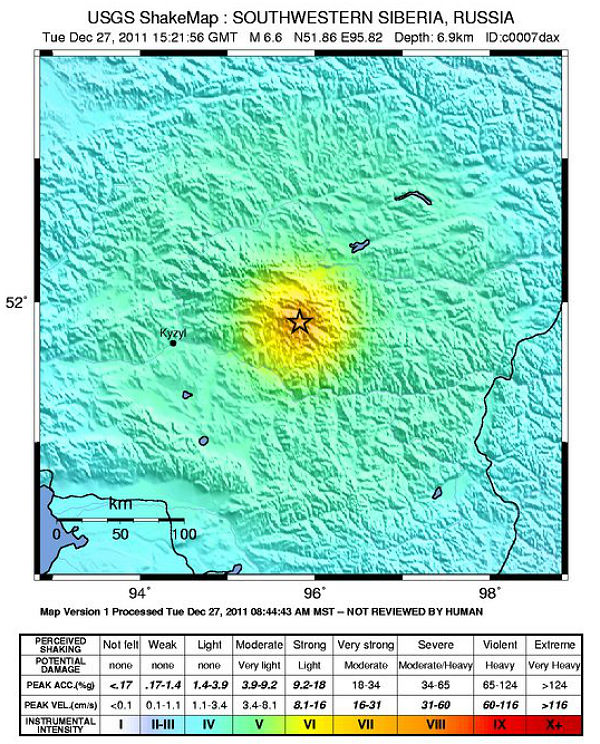 The earthquake in Siberia is estimated at 9.5 MSK (Medvedev-Sponheuer-Karnik scale), according to Emergency Situations Minister Sergei Shoigu. “The main threat will come tomorrow morning. As soon as the people wake up, they will see cracks in the walls, stoves, and chimneys,” he said.

The Medvedev-Sponheuer-Karnik scale, also known as the MSK or MSK-64, is a macroseismic intensity scale used to evaluate the severity of ground shaking on the basis of observed effects in an area of the earthquake occurrence.

Earthquake Report said that residents of Tomsk, Krasnoyarsk and Khakassia felt the quake. The apartments had swaying chandeliers and furniture moving. The closest villages are Baza Koptu, Bay-sot, Shan, Kagzhirba,  Oyna and Demirzhi. The area is a vast wilderness area. People fled their homes and spent night outside on freezing temperatures about 20 – 30 degrees Celsius below zero. It is reported that the earthquake in Siberia had no effect on the power plant there.