The department of Beni was the epicenter of an earthquake. The quake was felt in the city of La Paz. La Razon shed some journalists felt how rocked their seats and desks. On Twitter, there were people who reported having seen the movement of land in Santa Cruz and Cochabamba. 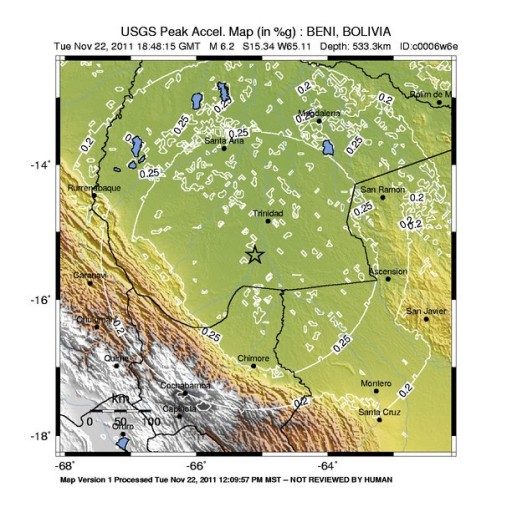 As we are writing this report there are no news of casualties or major damage.