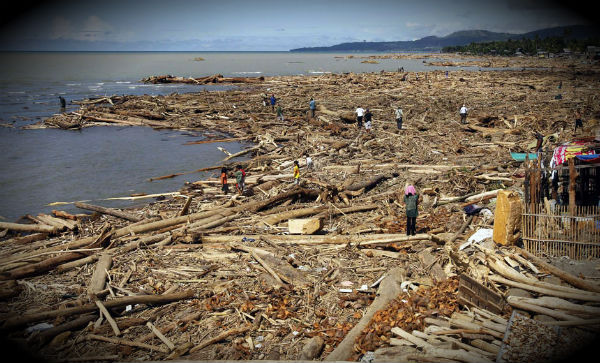 Meteorologists in the Philippines warn about the possibility of a new storm – just days after a powerful typhoon claimed the lives of more tahn 1,500 people. According to forecasts, on Monday night Mindanao island will have some 20 inches of precipitation. PAGASA reports at 2:00 a.m today, the Low Pressure Area was estimated (LPA) based on satellite and surface data at 240 km West Southwest of Puerto Princesa City (9.2°N, 116.5°E). Diffused tail-end of a cold front affecting Central and Southern Luzon. Strong to gale force wind is expected to affect the seaboards of Luzon and Visayas. Tropical storm Sendong (international name Washi) recently battered Northern Mindanao and Central Visayas, killing thousands of people and damaging P1-billion worth of property. 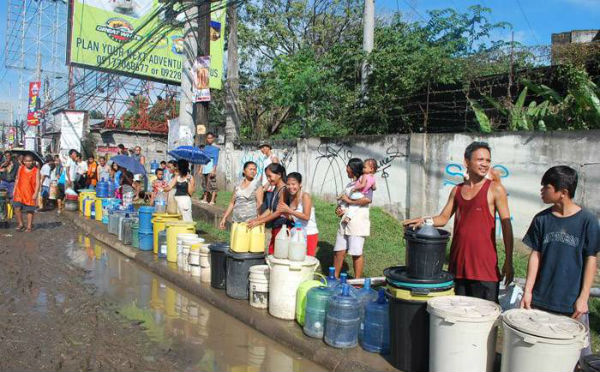 Yesterday lashfloods caused by incessant rains in the past days hit Bukidnon and other parts of Mindanao. It had been raining in the region for three straight days because of the inter-tropical convergence zone prevailing in Mindanao. Pulangi River overflowed and caused flashfloods in portions of Bukidnon, particularly in Valencia City. The river still had normal water levels as of 5 a.m. yesterday.As the water level in the river rose, the diversion dam of the National Irrigation Administration (NIA) located between Barangay Lumbayao in Valencia and San Fernando overflowed. The floods wiped out the entire Purok Dos in Barangay Poblacion in Valencia City.

About three feet of floods also occurred in Surigao and Agusan provinces, rendering several roads impassable. The Daang Maharlika in Surigao del Sur was closed to traffic yesterday morning because of the floods, as well as the Davao-Butuan highway after floodwaters inundated Bayugan City in Agusan del Sur. 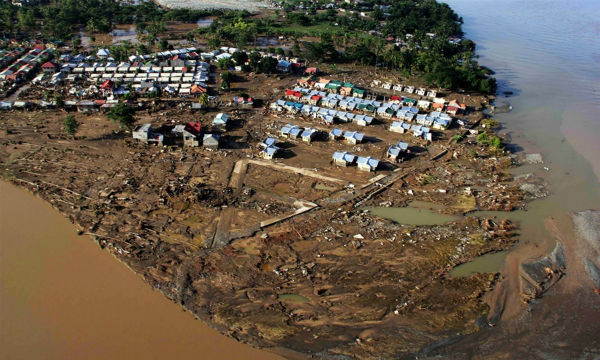 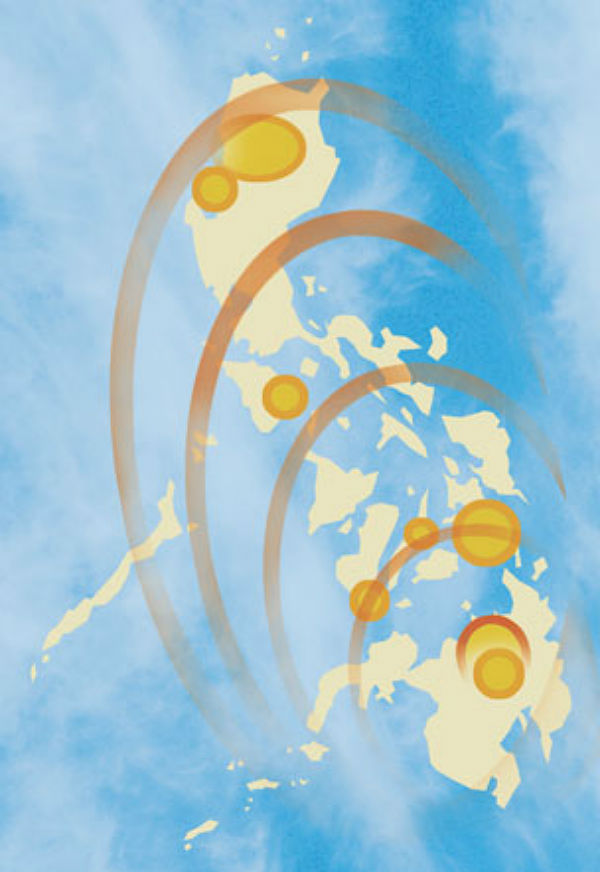 On Saturday, typhoon Washi struck the island, sweeping away entire neighborhoods in the towns of Cagayan de Oro and Iligan. More than a thousand people are still unaccounted for. Over 60 thousand Philippine residents have been left homeless. 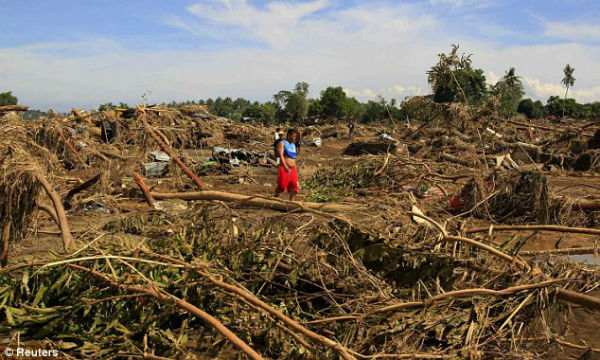 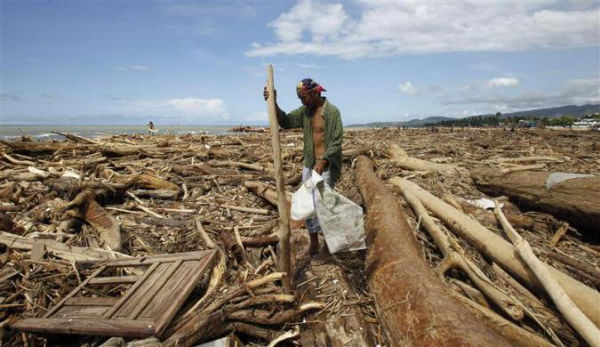 The number of confirmed victims of severe flooding in the southern Philippines has risen sharply. The authorities have announced 200 more deaths caused by Typhoon Washi and its aftermath. Several hundred people are still missing and the final toll is likely to be much higher than the current figure of almost 1,500. In Cagayan de Oro, worst hit by the flashflood, the number of fatalities continues to increase with bodies being unearthed daily by Army retrieval teams from tons of debris.Many bodies are still thought to be buried in the mud and debris left behind after torrents of water cascaded through coastal and riverside areas on Mindanao island in mid-December. 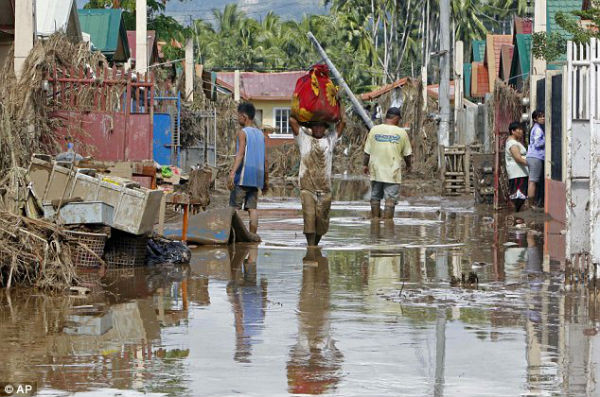 More than 10,000 houses were destroyed and 300,000 people forced to leave their homes, especially in and around the  cities of Cagayan De Oro and Iligan. The region, unused to tropical storms, was poorly prepared. Sendong brought heavy rains, overflowing rivers and triggering flash floods from December 16 to 18, sweeping away whole villages built on sandbars and riverbanks. 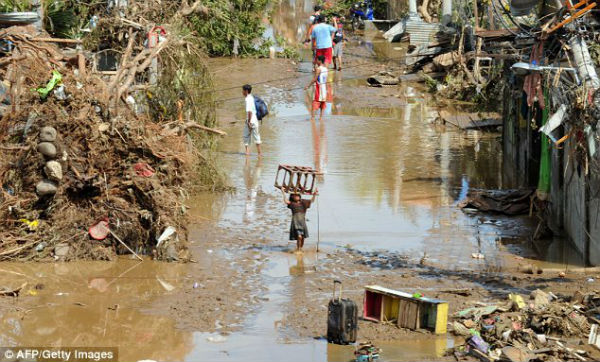 Tens of thousands of flashflood survivors face life in tent cities for months while efforts to relocate them to safer areas continue, top relief officials said. More than 60,000 people displaced by tropical storm “Sendong” are sheltering in government buildings in Cagayan de Oro and Iligan cities, most of them in schools that reopen after the holidays, National Disaster Risk Reduction and Management Council (NDRRMC) chief Benito Ramos said.There was no definite timetable for building permanent houses, but he expected some to be ready in six months. (PhilStar) 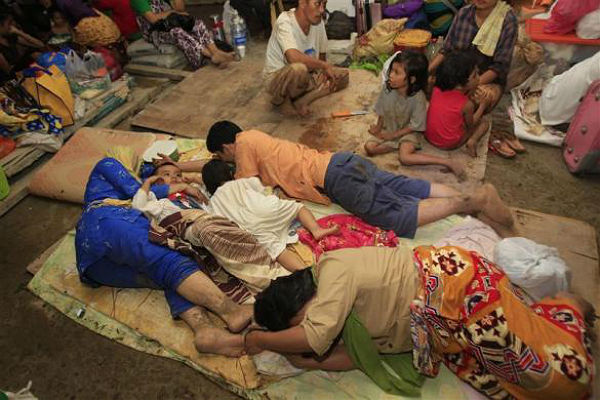 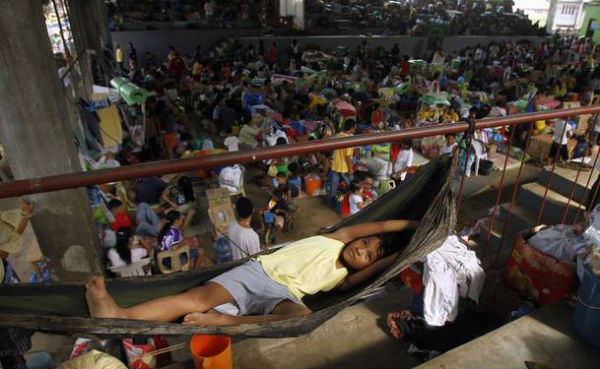 More than 376,000 people were displaced by Sendong and almost 55,000 were still huddled in crowded makeshift evacuation centers, the disaster council said.

Before dawn of Tuesday, Surigao del Sur was struck by a magnitude 5.1 earthquake, the Philippine Institute of Volcanology and Seismology (Phivolcs) said. The epicenter was 40 kilometers northeast of Tandag, Surigao del Sur, at 4:34 a.m. at a depth of 6 kilometers. It was felt with varying magnitudes in Tandag and in Socorro town of Surigao del Norte. No aftershocks were expected from the earthquake and no casualties were reported. USGS recorded the same magnitude but wih different depth – 43.2 km (26.8 miles). 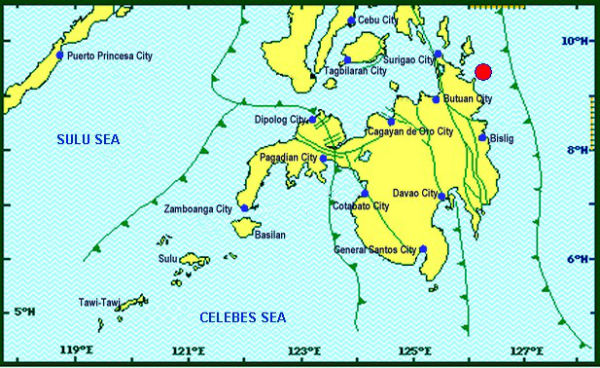