A new large sunspot is now rotating into view on the eastern limb. It just produced a minor C6.7 Solar Flare at 22:26 UTC Tuesday evening. 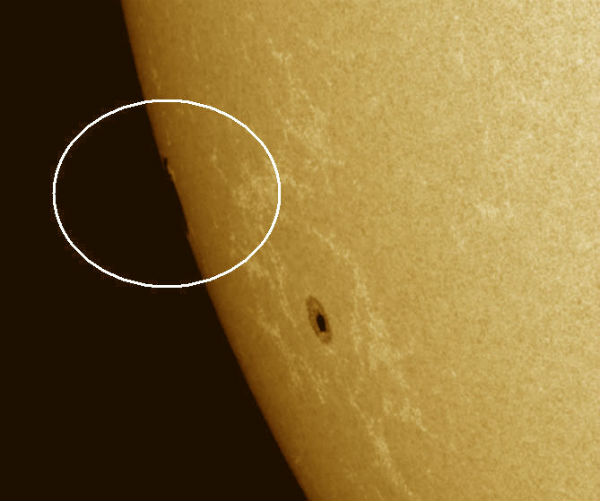 A filament channel eruption near Sunspot 1384 on Monday produced an Earth directed Coronal Mass Ejection. There will remain the risk for moderate solar flares on Tuesday around both Sunspots 1386 and 1387. These regions each have Beta-Gamma magnetic classifications. An aurora watch is in effect for the next 24-48 hours with at least two Coronal Mass Ejections (CMEs) expected to impact our geomagnetic field. Minor geomagnetic storming may be possible. (SolarHam) 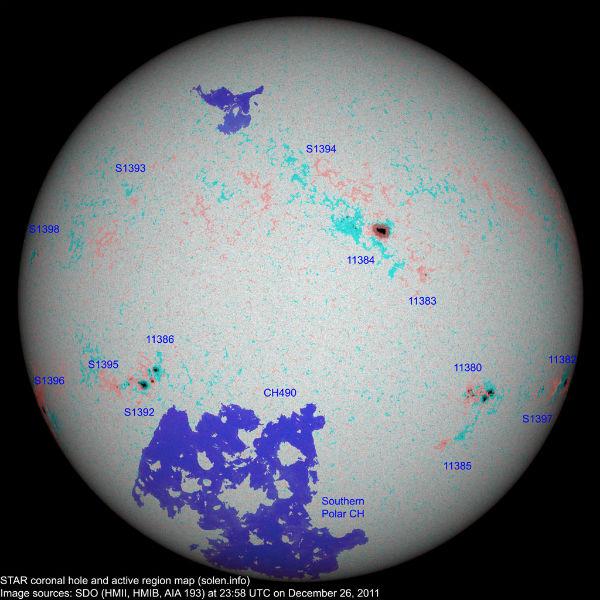 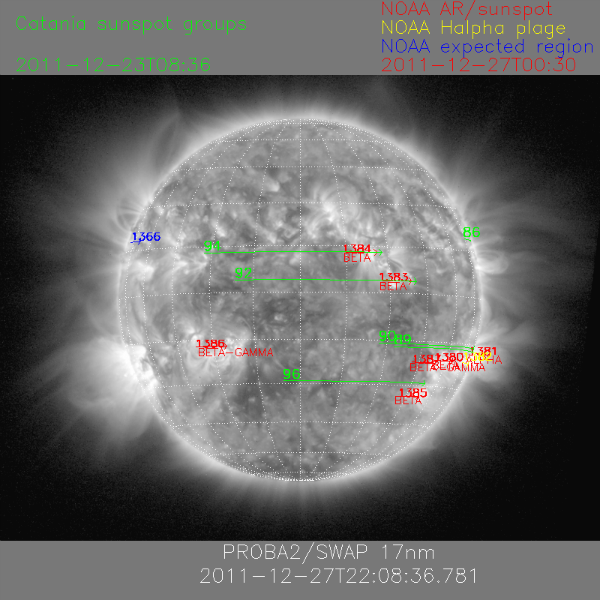 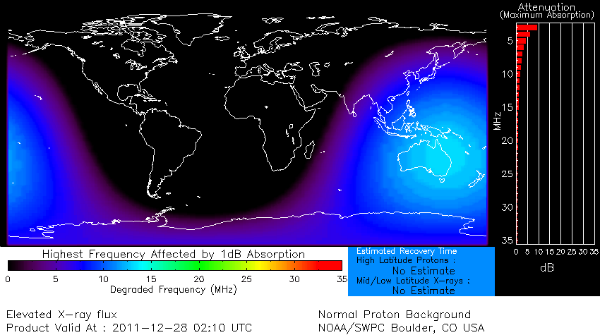 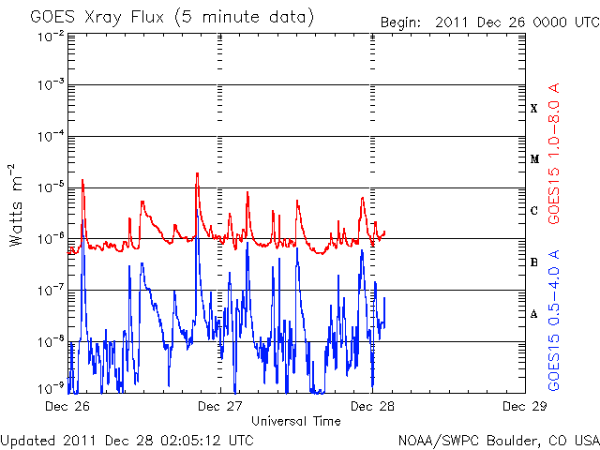 Solar activity has been at low levels for the past 24 hours. Regions 1386 (S18E22) and 1387 (S21W57) both have produced multiple C-class events, with the largest being a C8/1f at 27/0422Z from Region 1386. Associated with this event, was a non Earth directed CME. Both Regions continue to grow and evolve as they rotate across the disk. Region 1388 (S23E67) was numbered early in the period as it rotated onto the east limb.  Solar activity is expected to be at
moderate levels for the next three days (28 - 30 December).