Seismologists warn people to be vigilant and expect another large shake. Since M6.6 on August 16 – August 19th, there had been 932 earthquakes with magnitudes ranging from 2.0 – 6.9, and a total of 2582 earthquakes with the same magnitude range since this sequence started on July 19, 2013 with M5.7 earthquake. This makes a total of 3514 earthquakes in 30 days. 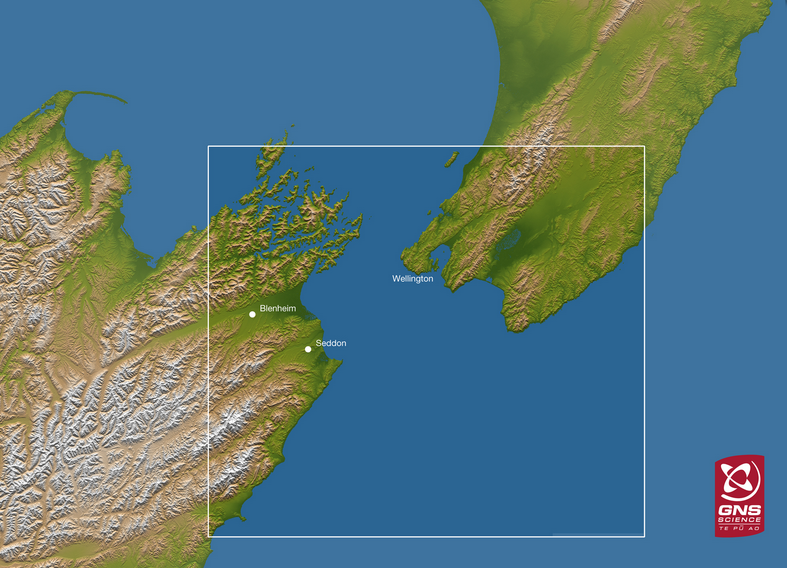 Map showing the region for which earthquake probabilities have been calculated, indicated by the white box. Source: GNS Science – GEONET

The table below summarizes the expected probabilities of further earthquakes anywhere in the central New Zealand region shown on the accompanying map (above). This is an increase over and above what is normal seismicity for this part of New Zealand. The figures are based on the behavior of aftershock sequences worldwide and the specific knowledge that scientists have of the Cook Strait sequence so far. The figures are generated from computer models that are updated as the sequence continues. It shows that as time passes these probabilities become smaller, but any further significant earthquakes that do occur will cause these probabilities to change. The magnitude categories illustrate clearly how the probability falls away as magnitude increases.

After the M6.5 earthquake on July 21, 2013, and hundreds of aftershocks that followed, environmental group Oil Free Wellington said the recent series of earthquakes should be enough to stop plans for deep sea oil drilling in the Pegasus Basin which lies south east of Wellington and the Cook Strait.

Their spokesperson Jessie Dennis said there are massive risks when drilling at unproven depths in an area with obvious seismic activity. Calling Wellingtonians to join together, she said there is a chance for an oil spill caused by seismic activity should the drilling go ahead.

Environmental group Greenpeace is also trying to stop deep sea oil drilling plans. The catastrophic disaster in the Gulf of Mexico showed us all the terrible risks of deep sea drilling. We do not want to take that risk with the coastlines and oceans on which we depend for our economy, our culture and our way of life… ​We are strong willed, determined and persistent and we will defend our unspoiled waters by all peaceful means available to us…