The quake had a depth of 59 km (about 36 miles) , according to the USGS. The epicenter was located beneath the Cook Strait and 274 km (170 miles) northeast of Christchurch. Residents in the town of Christchurch have been reporting that they also felt the earthquake although only mildly. Geo-hazards duty officer Dr Tony Hurst said about 1600 reports were registered with GeoNet within minutes of the shake. 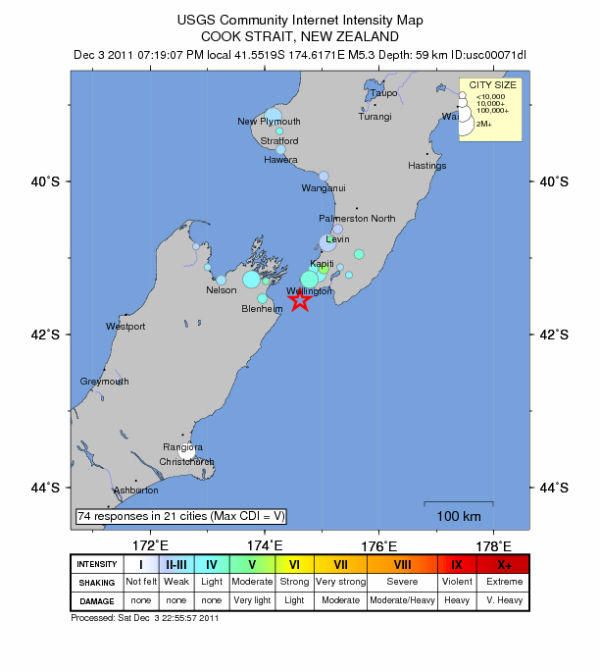 According to a report from tvnz.co.nz, some high-rise windows are broken and the Meridian Building in central Wellington has damage to the exterior louvres. Reports by residents of Wellington  said that the shaking from the quake lasted from between 10-20 seconds. Wellington City Council's helpdesk reported the quake was felt very strongly at the council offices. An apartment building in the town of Picton was evacuated due to a burst hot water cylinder. Two other cylinders are also reported to be damaged in the town.

A small earthquake has struck near Wanaka this morning. Registering 3.5 on the Richter Scale, it was centred at a depth of 5km, 20 km north-east of Wanaka.