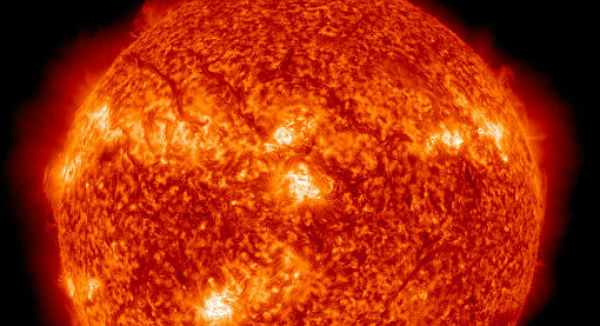 A magnetic filament rapidly erupted on the sun today. Between 10:30 and 11:30 UTC, observers in Europe watched tendrils of hot plasma rocket away from the sun’s NW limb. Debris from the explosion is not expected to hit Earth according to SpaceWeather. 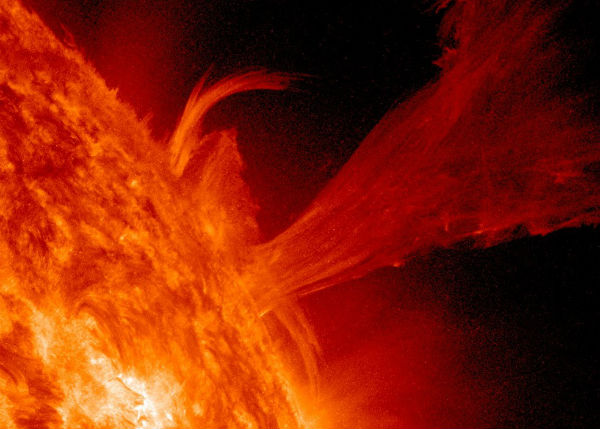 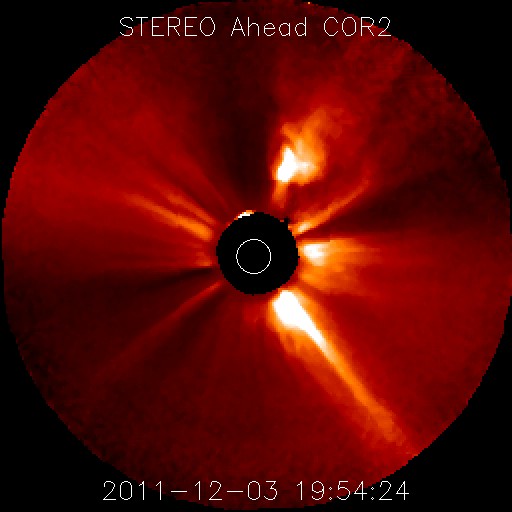 Sunspot 1363 continues to expand in the southern hemisphere, but has only produced C-Class flares thus far. A couple of small CMEs are seen in the latest Lasco images off the western limb and were caused by prominence eruptions. There is an ongoing risk of an M-Class flare by 30% propability according to latest NOAA/SWPC solar report. 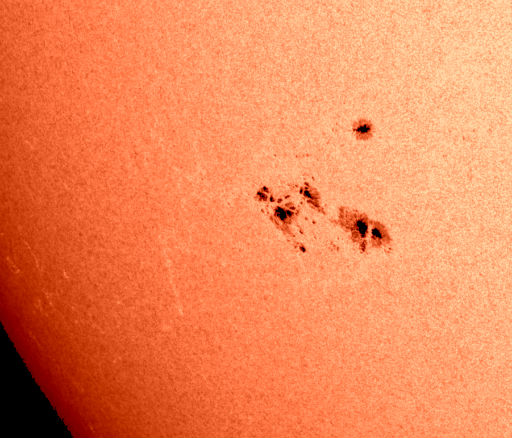 Joint USAF/NOAA Report of Solar and Geophysical Activity (Issued on 03 Dec 2011)
Region 1363 (S22E16) has been the most active region on the disk, with multiple C-class events. Region 1363 also continues to grow in spot count, areal coverage, and magnetic complexity (beta-gamma). New Region 1366 (N17E65) was numbered early in the period as it rotated onto the visible disk. Multiple CMEs have been observed in the past 24 hours, but none appear to have any Earth directed components.

Slightly elevated activity was observed at high latitudes, with an isolated period at minor storm levels, do to the arrival of a transient CME. Signatures from the ACE spacecraft indicated this transients arrival around 02/1800Z with a slight increase in the lower energy protons, an increase in solar wind speeds coupled with elevated solar wind density, and finally an increase in total IMF intensity around 8 nT. The Penticton 10 cm flux is estimated today at 160 sfu. 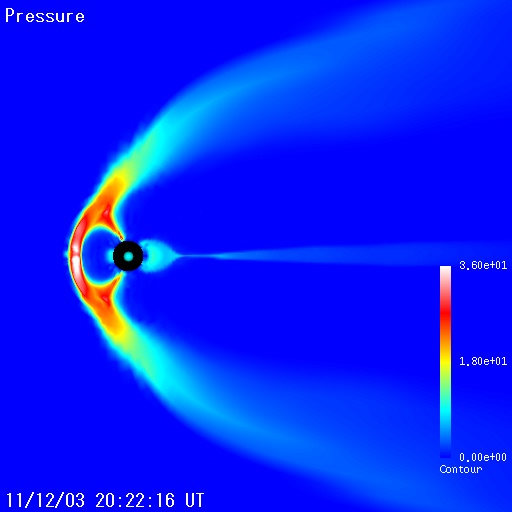 Auroras are flickering around the Arctic Circle in response to a minor solar wind stream, which is buffeting Earth’s magnetic field. The lights were caused not by a strong magnetic storm but rather by small magnetic fluctuations in the solar wind. During the early hours of Dec. 3rd, the IMF tipped south, partially cancelling Earth’s north-pointing magnetic field; solar wind poured through the breach to fuel the display. NOAA forecasters estimate a 14% chance of similar events tonight. 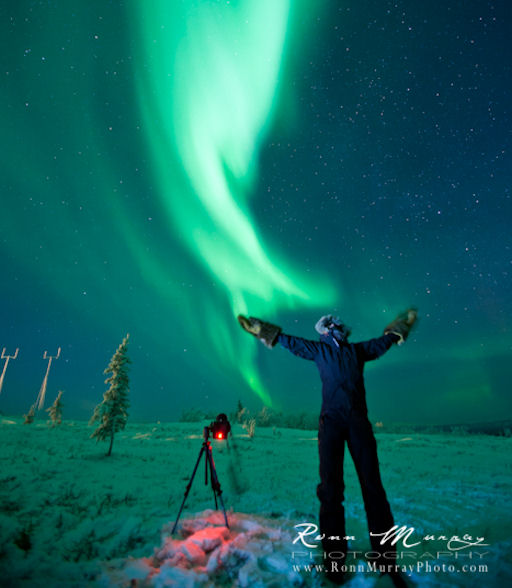