The source was Region 2378, which rotated into the southwest quadrant yesterday producing innumerous C-class solar flares.

It seems Coronal Mass Ejection (CME) was not produced, and even if it was, it would most likely be directed away from the Sun-Earth line. This will change in the days ahead as the region rotates toward the center of the solar disk and into more geoeffective position.

Additionally, a 17 degree long filament over the far SW quadrant of the Sun, centered near S39W50, became active and disappeared beginning about 04:00 UTC on July 3. Analysis of available imagery indicates an eruption was unlikely and most of the material reabsorbed. 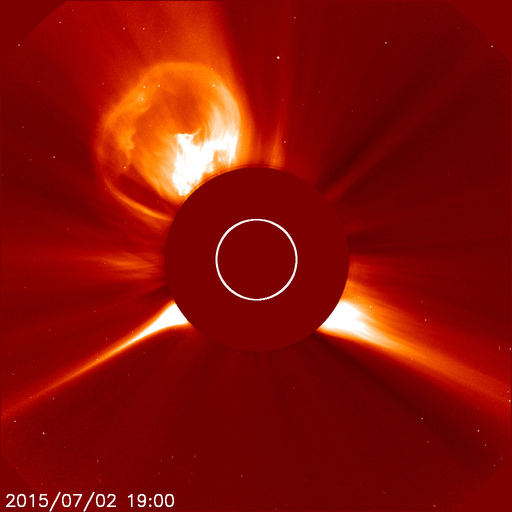 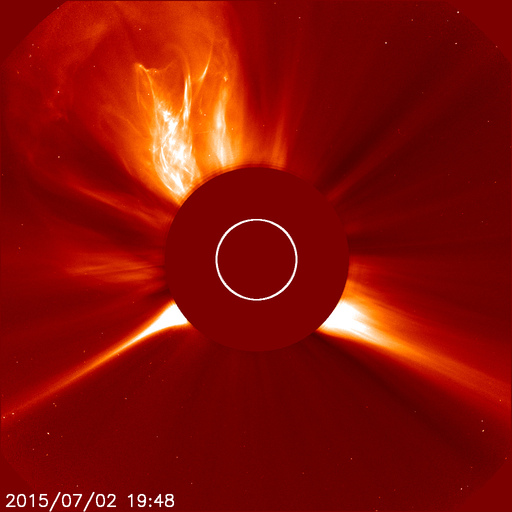 There are currently 6 numbered sunspot regions on the Earth side of the Sun.

Region 2376 (N12E22, Eao/beta-gamma) lost some penumbral coverage, but gained more spots and redeveloped magnetic mixing amongst the group's trailer. The region's increased instability made it somewhat active as it produced a pair of C-class and several optical flares in the last 24 hours.

Region 2373 (N16E06, Cso/beta) underwent some dissipation as it lost spots, but despite the decay and its simple bipolar magnetic configuration, the region is located along a contorted section of the solar sector boundary. This may have contributed to its instability, as it produced several C-class and optical flares.

Region 2378 (S17E62, Dso/beta) rotated further onto the visible disc allowing for a better analysis of it structure, but magnetic classification remained difficult due to its proximity to the limb. The region proved somewhat unstable as it produced several C-class and optical flares. 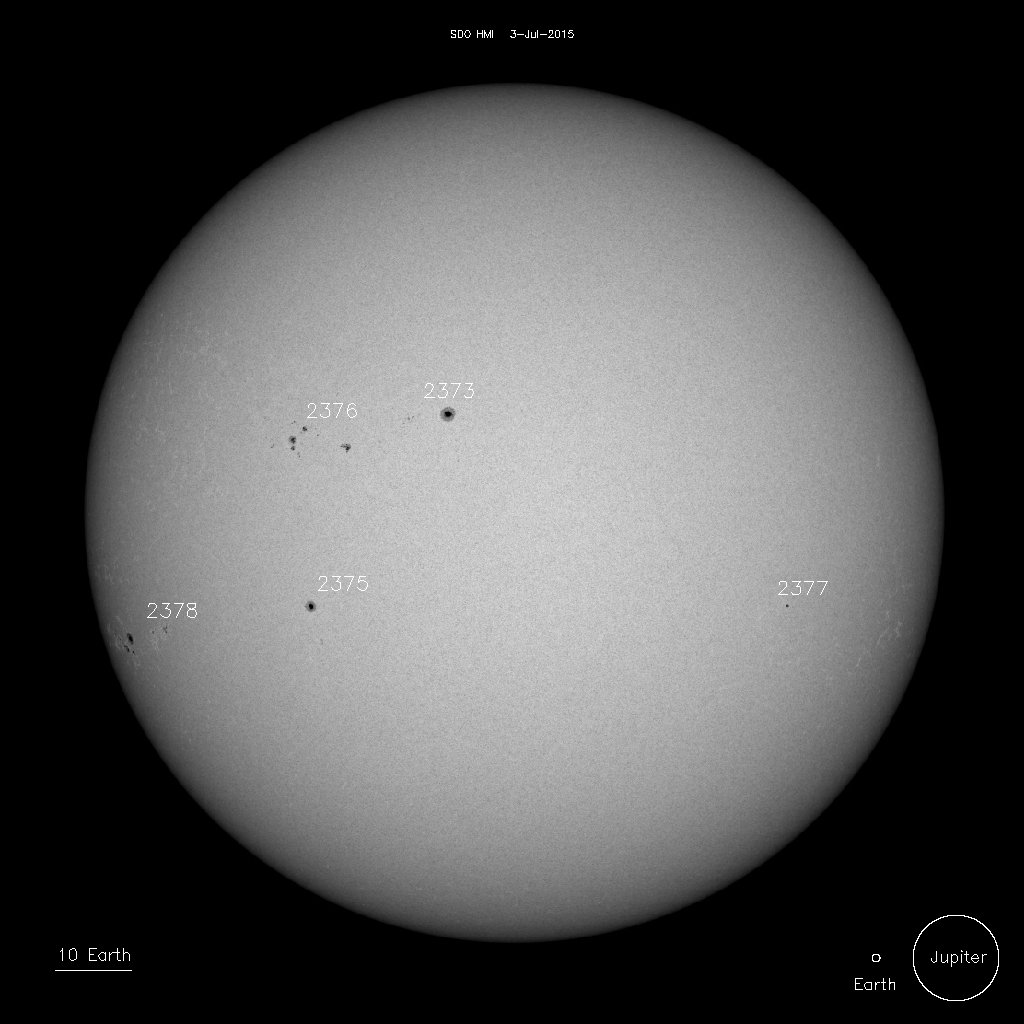 SWPC forecasters expect solar activity to be low with a slight chance for M-class (R1-R2/Minor-Moderate) flare activity over the next three days (July 3 – 5) primarily due to the flare potential from regions 2376, 2373, and 2378.

Solar wind parameters are expected to remain at background levels on July 3 through most of July 4. Late on July 4 into July 5, the onset of a CIR followed by a negative polarity coronal hole high speed stream (CH HSS) is expected to prompt a solar wind increase, possibly in excess of 600 km/s based on recurrence from the previous rotation.