An earthquake swarm started on June 30, 2015 at 21:00 UTC in the Reykjanes volcanic system at the southwest tip of the Reykjanes Peninsula, Iceland. Around 400 earthquakes have been detected by 14:00 UTC on July 1.

By July 3, the frequency of earthquakes has significantly decreased:

The strongest earthquake so far was a magnitude M5.0 at 02:25 UTC on July 1 and it was well felt on the peninsula and in the capital area, as well as on a ship around 10 km away from the epicenter. A few more events of magnitudes between M4 and M5 have been detected since the onset of the swarm, and are still under manual revision, the Icelandic Met Office reports.

Earthquake swarms in this area are common, and they don't usually lead to an eruption. 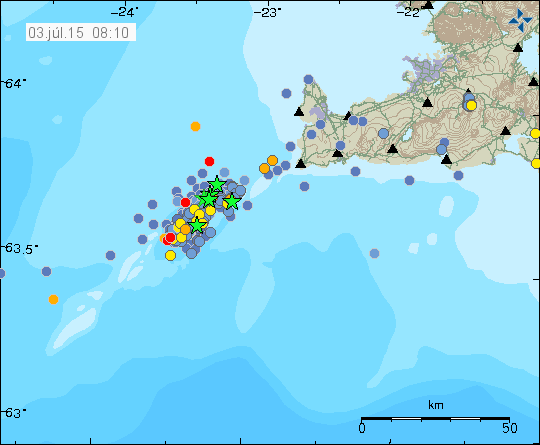 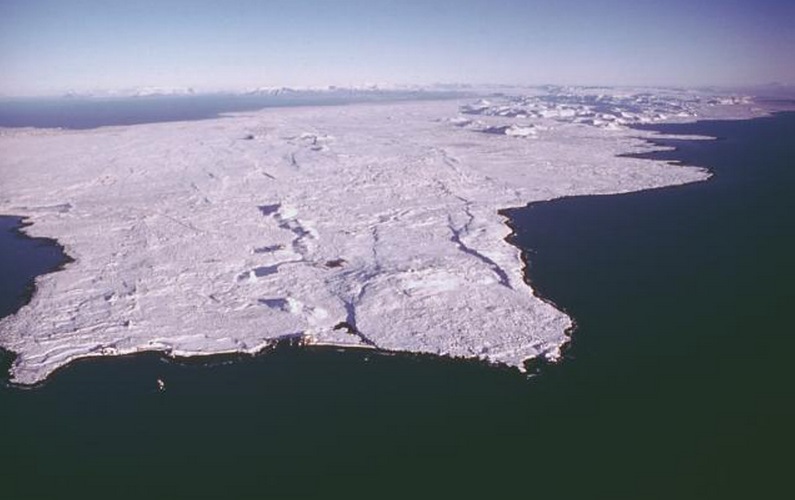 Subaerial eruptions have occurred in historical time during the 13th century at several locations on the NE-SW-trending fissure system, and numerous submarine eruptions at Reykjaneshryggur dating back to the 12th century have been observed during historical time, some of which have formed ephemeral islands. Basaltic rocks of probable Holocene age have been recovered during dredging operations, and tephra deposits from earlier Holocene eruptions are preserved on the nearby Reykjanes Peninsula. (GVP)