According to a team of European scientists, solar tornadoes are not rotating after all. Their new analysis of these gigantic structures, each one several times the size of the Earth, indicates that they may have been misnamed because scientists have so far only been able to observe them using 2-dimensional images.

Solar tornadoes were first observed in the early 20th century, and the term was re-popularised a few years ago when scientists looked at movies obtained by the AIA instrument on the NASA Solar Dynamics Observatory (SDO). These show hot plasma in extreme ultraviolet light apparently rotating to form a giant structure taking the shape of a tornado (as we know them on Earth).

Now, using the Doppler effect to add a third dimension to their data, the scientists have been able to measure the speed of the moving plasma, as well as its direction, temperature and density. Using several years' worth of observations, they were able to build up a more complete picture of the magnetic field structure that supports the plasma, in structures known as prominences. 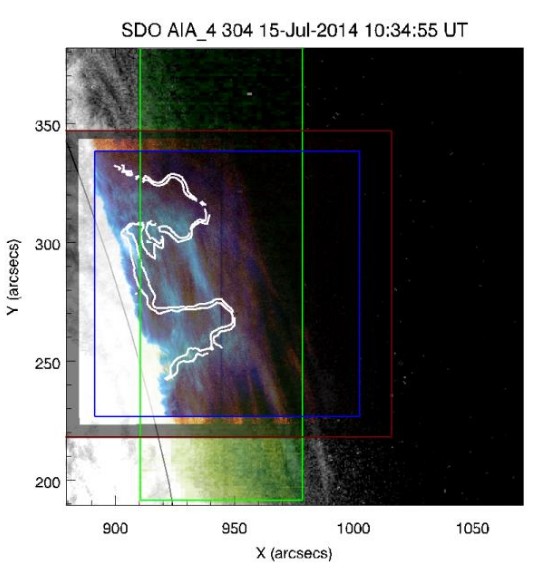 Composite image of the prominence observed on July 15, 2014, showing, after co-alignment: the EIS raster in green, the IRIS slit-jaw image in red, and an SOT image in blue. The white contours show the THEMIS D3 intensity image and indicate where the tornadoes are observed in extreme ultraviolet. The background image is an AIA 304 angstrom image (greyscale). Credit: P. Levens

"We found that despite how prominences and tornadoes appear in images, the magnetic field is not vertical, and the plasma mostly moves horizontally along magnetic field lines. However, we see tornado-like shapes in the images because of projection effects, where the line of sight information is compressed onto the plane of the sky," Dr. Nicolas Labrosse, lead scientist in the study, explains.

Dr. Arturo López Ariste, another member of the team, adds: "The overall effect is similar to the trail of an airplane in our skies: the airplane travels horizontally at a fixed height, but we see that the trail starts above our heads and ends up on the horizon. This doesn't mean that it has crashed!"

Giant solar tornadoes – formally called tornado prominences – have been observed on the Sun for around a hundred years. They are so called because of their striking shape and apparent resemblance to tornadoes on Earth, but that is where the comparison ends.

Whereas terrestrial tornadoes are formed from intense winds and are very mobile, solar tornadoes are instead magnetized gas. They seem to be rooted somewhere further down the solar surface, and so stay fixed in place.

"They are associated with the legs of solar prominences – these are beautiful concentrations of cool plasma in the very hot solar corona that can easily be seen as pink structures during total solar eclipses," adds Labrosse. 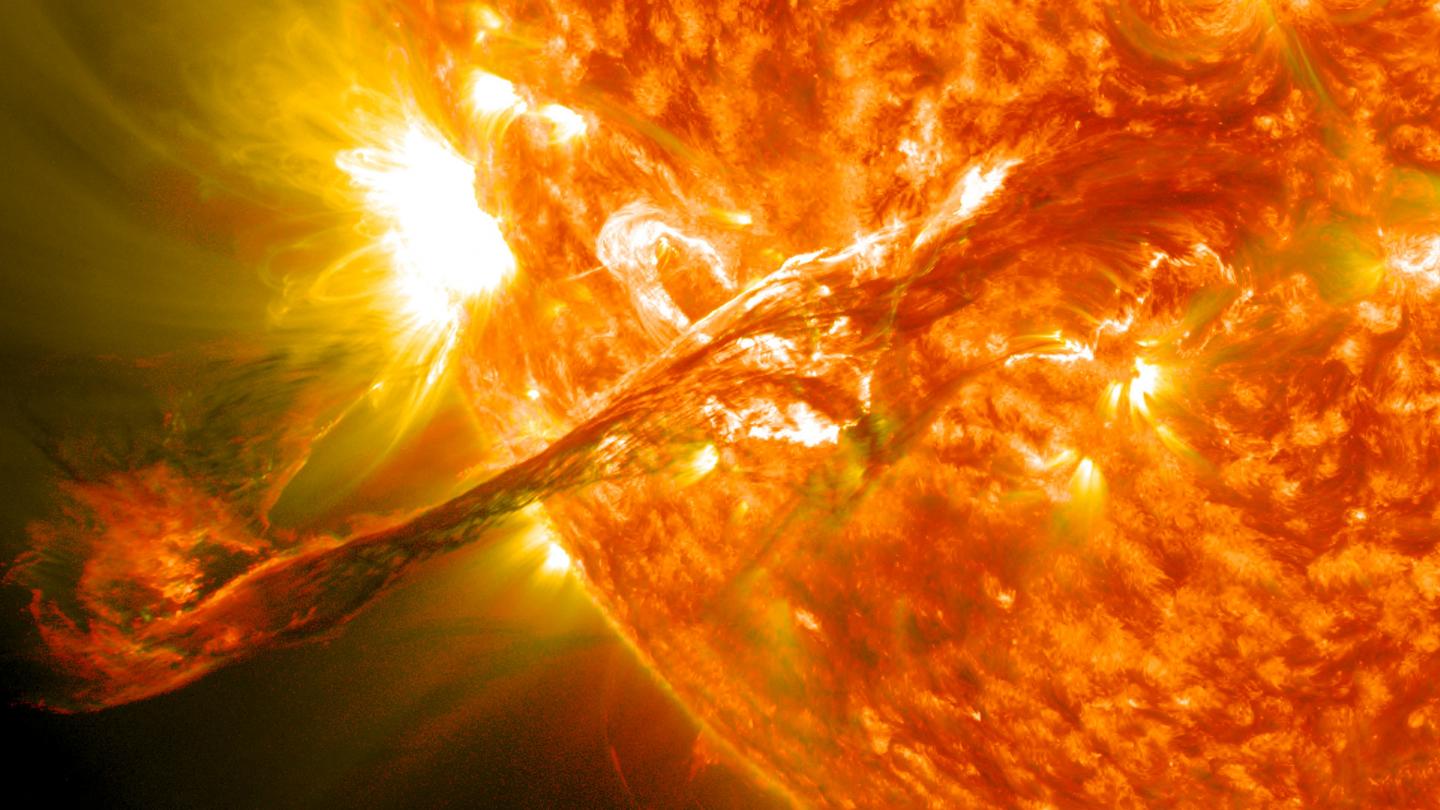 "Perhaps for once the reality is less complicated than what we see!" comments Dr. Brigitte Schmieder, another scientist involved in the work. "Solar tornadoes sound scary but in fact they normally have no noticeable consequences for us. However, when a tornado prominence erupts, it can cause what's known as space weather, potentially damaging power, satellite and communication networks on Earth."

The study was presented at the European Week of Astronomy and Space Science (EWASS) in Liverpool today.