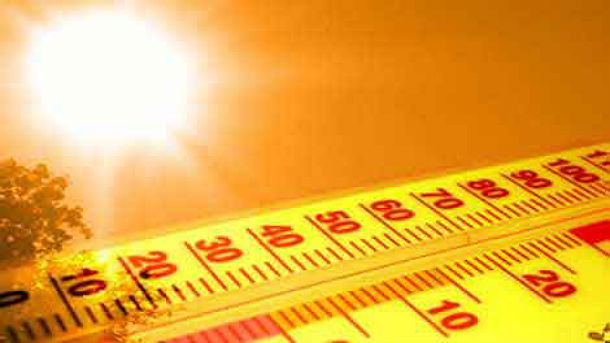 Interior US West will experience heat reaching dangerous levels, challenging records and elevating the wildfire threat. The developing pattern will take the heat to the extreme levels with record highs. Temperatures will soar above 120 °F (48.8 °C) into early next week.

The extreme heat is expected to impact Las Vegas, Phoenix, Salt Lake City, Denver, Boise, Idaho, Rawlins, Medford and Fresno. The worst of the heat will hold up just inland over California. 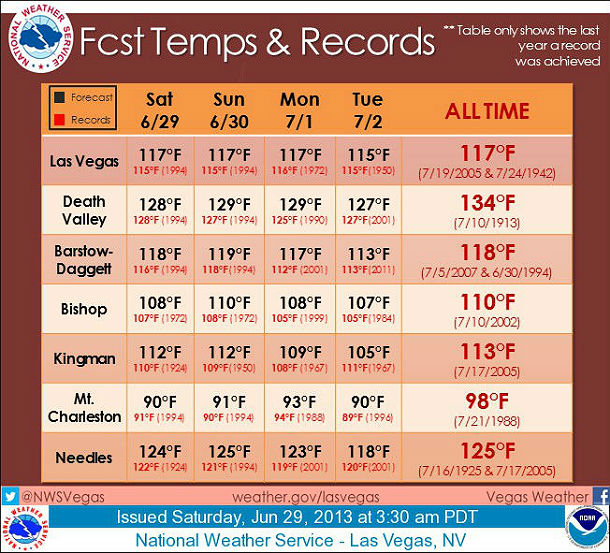 With record and near record temperatures expected through Tuesday this table shows the forecast max temp with the record for each day beneath the forecast temperature in red. The all-time records for each site are in the last column of the table. The years displayed for each record represent the most recent year the record was set. (Credit: NWS Las Vegas, Nevada) 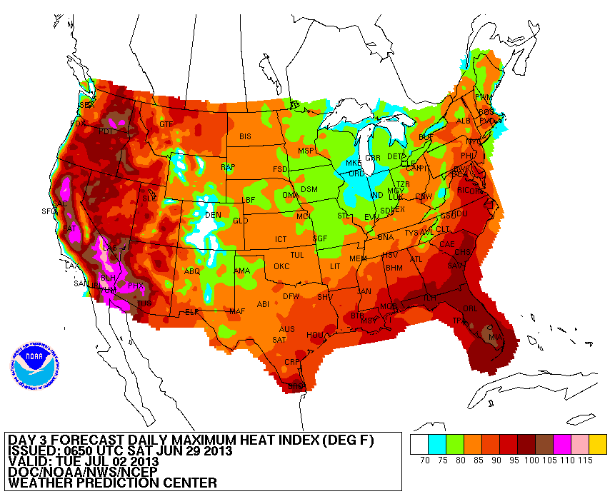 According to Weather Prediction Center's short range forecast, the scorching heat will continue underneath an expansive upper ridge parked over the Western U.S. this weekend. Temperatures will yet again approach or exceed records on June 29/30, 2013 across much of the Southwest and Great Basin. The upper ridge will begin building northward and triple digit temperatures will spread north all the way to the Canadian border.

Heat advisories have already been posted for portions of Washington, Idaho and western Montana. The strong ridge in place will inhibit precipitation across the majority of the Western U.S. A bit of moisture combined with upslope flow should help trigger some late afternoon thunderstorms over the Central to Southern Rockies. Downstream from the sizzling temperatures in the west, an upper trough will continue to amplify over the Eastern half of the country while the associated surface front stalls out near the Appalachians.

Muggy and stormy conditions will persist south and east of the boundary across Florida and all along the Eastern Seaboard. The widespread threat for severe weather has diminished, but developing storms will still have the possibility to produce heavy rains, strong winds or even some hail. Behind the stalled frontal boundary. shortwave energy diving southeastward within the amplifying trough will help produce some scattered showers and thunderstorms across the Upper Mississippi and Ohio Valleys this weekend.

Severe to exceptional drought sitting across most of the western half of the nation will raise threat of new fires. As temperatures soar to record-challenging levels, drying brush and the potential for spotty thunderstorms will push the wildfire threat to new areas and raise the risk in other locations. 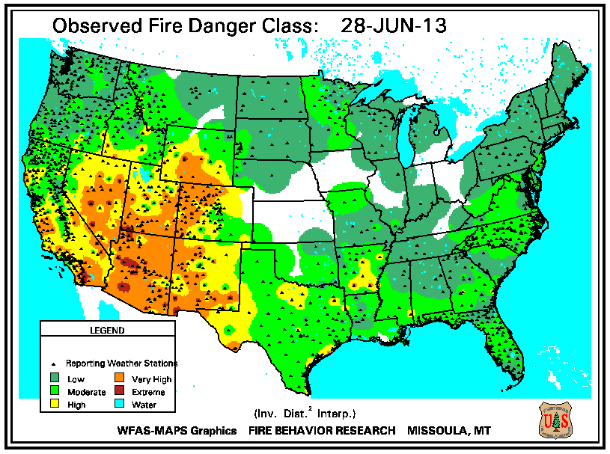