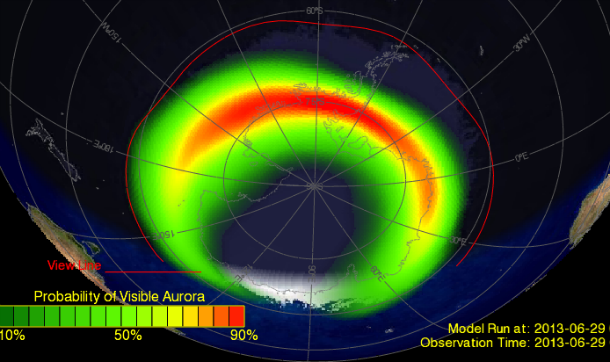 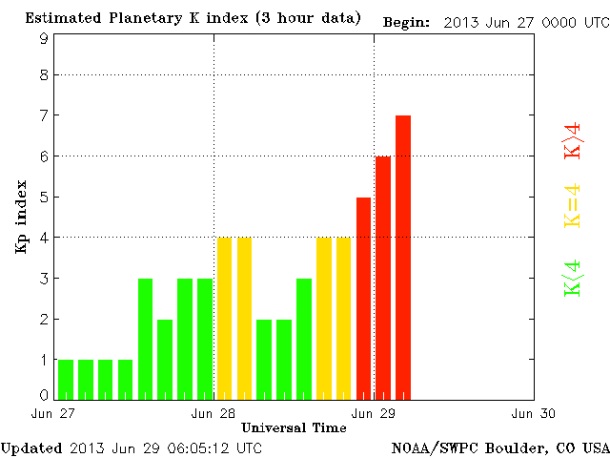 At this level voltage corrections may be required, false alarms could be triggered on some protection devices. Surface charging may occur on satellite components while drag may increase on low-Earth-orbit satellites, and corrections may be needed for orientation problems. At G3 level intermittent satellite navigation and low-frequency radio navigation problems may occur, HF radio may be intermittent, and aurora has been seen as low as Illinois and Oregon, US. 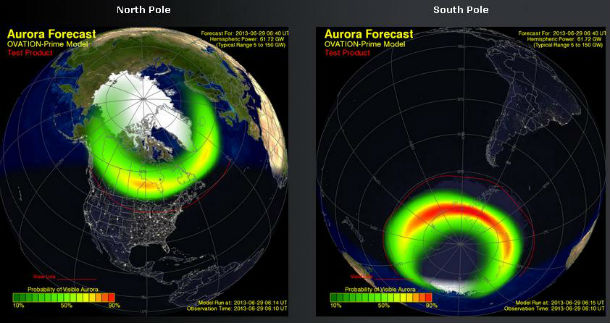