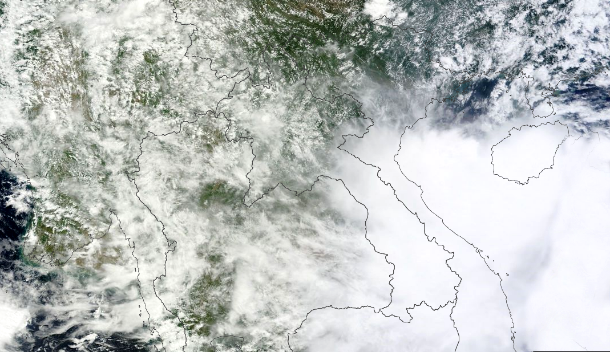 Bebinca made its first landfalls as a tropical storm on the eastern part of Hainan Island in the South China Sea on June 22, 2013. The storm system weakened to a depression due the land interaction, but it's expected to move further to the west-northwest across the Gulf of Tonkin on June 23, 2013, when it is forecasted to make a second landfall in far northern Vietnam near the Chinese border.

According to latest report by Joint Typhoon Warning Center (JTWC), the center of Tropical Depression Bebinca was located approximately 183 nm east-southeastward of Hanoi, Vietnam. The system is moving west- southwestward at speed of 8 knots. 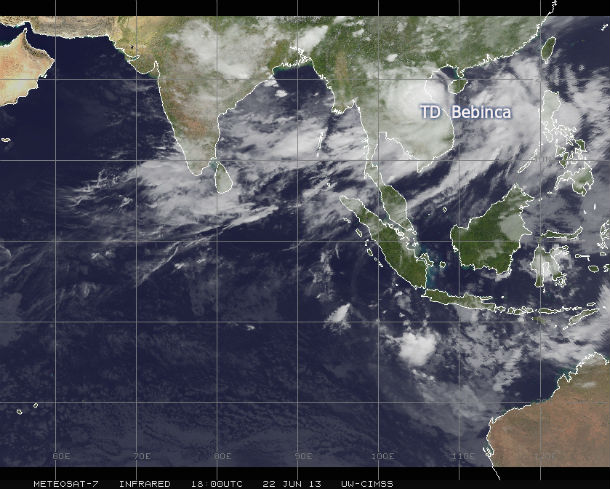 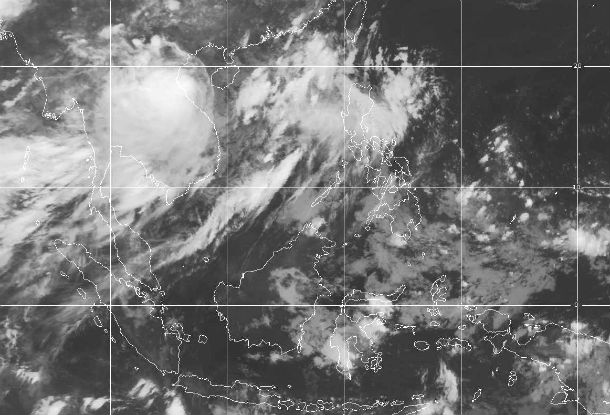 TD Bebinca is expected to move northwestward through the next 12 hours across the Gulf of Tonkin. The cyclone will then veer more north-northwestward before making landfall east of Hanoi in response to a weakening subtropical ridge. The system will briefly intensify to approximately 30 knots over the Gulf of Tonkin before it makes landfall, eventually eroding and dissipating over land after the next 48 hours. 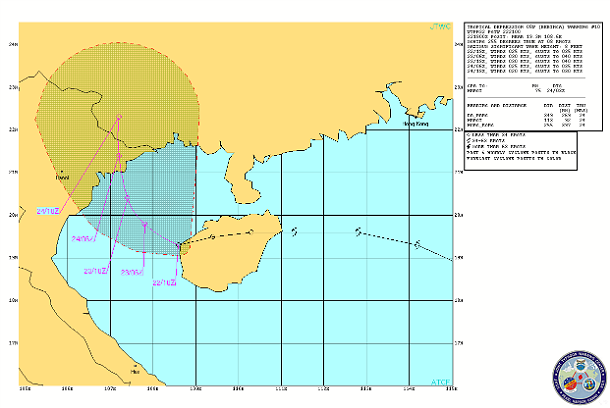 Heavy rain is expected to continue across the region for the next few days, with rainfall totals of at least 5-10 inches across the northern half of Vietnam and Laos. Some heavy amounts are possible in the higher terrain in Vietnam. This conditions can produce flooding and mudslides. Parts of Guangdong and Guangxi provinces in China could experience heavy rainfall, as tropical moisture spreads northward.

This system will bring coastal surge and high waves. The moisture inflow combined with hot and dry weather in much of southern China will trigger off heavy rain showers and strong thunderstorms. 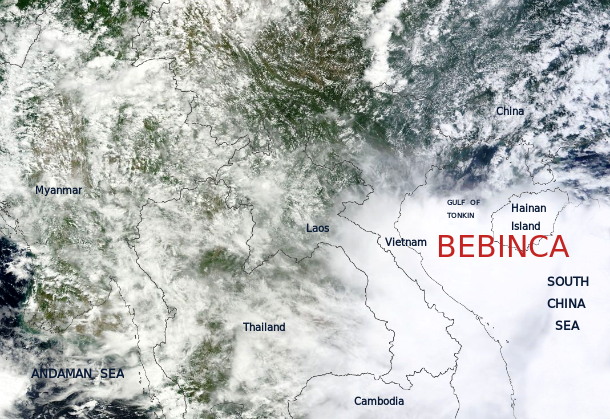 MODIS satellite image of part of South East Asia with Gulf of Tonkin and location of TD Bebinca on June 22, 2013 (Credit: MODIS/LANCE/captures: TheWatchers)

Bebinca is the first storm to impact Vietnam in the 2013 typhoon season. The last tropical system that hit Vietnam was Typhoon Son-Tinh in late October 2012. Bebinca will impact the same areas struck by Typhoon Son-Tinh last year. 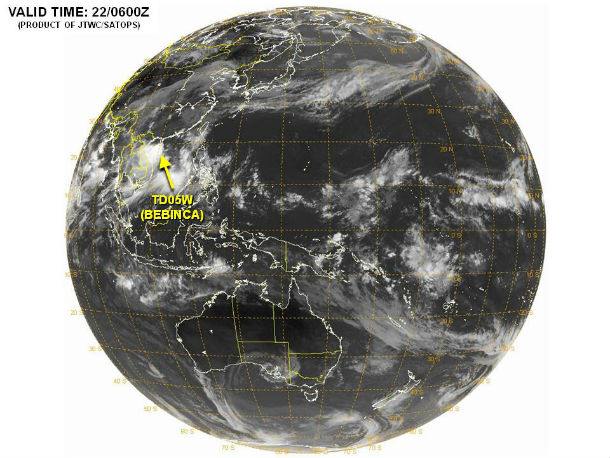 Although Leepi has lost all of its tropical characteristics, it still brings moisture in to the rainy season front over Japan, dropping heavy amounts of rainfall in to western Japan.