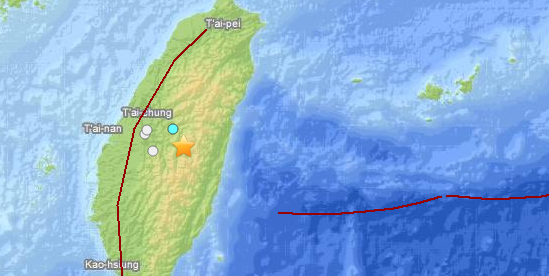 Strong and shallow earthquake M 6.2 struck Taiwan on June 2, 2013 at 05:43 UTC. USGS measured depth at 20 km. EMSC is reporting same values at this time – M6.2 – depth 20 km. This is still based on preliminary data which will change in next couple of hours. Initial magnitude was 6.5.

The earthquake occurred in the central mountains area but was very shallow and close to a number of villages at the western side of the mountains.

Local seismological agency CWB is reporting a Magnitude of 6.3 at a depth of 10 km.

ER reported a big landslide in Nantou Chuan. Taiwanese Prime Minister told reporters that this earthquake “was the largest this year in Taiwan” 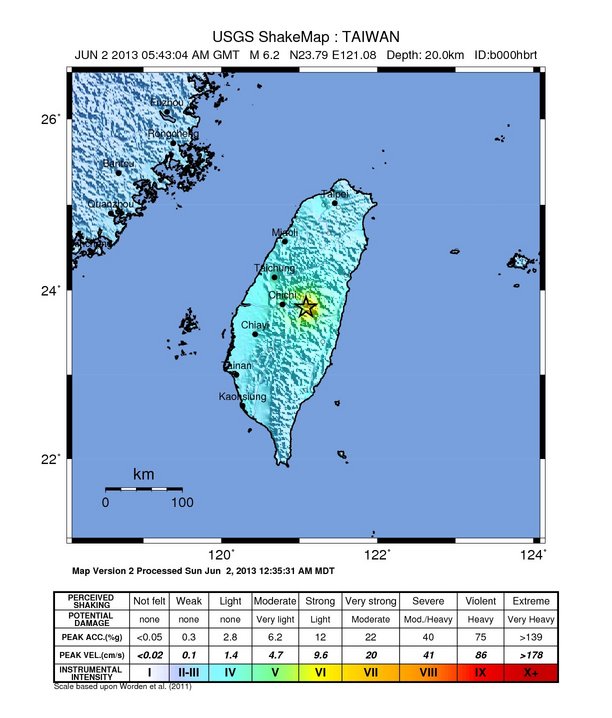 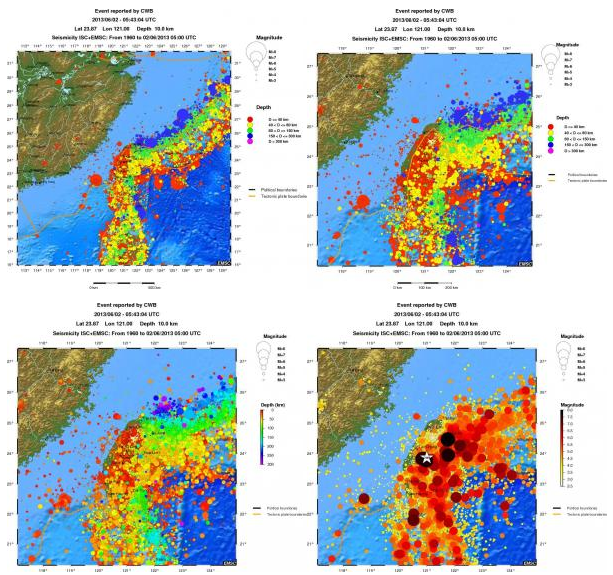 This seismicity maps have been generated by concatenating the ISC catalogue (since 1964), the EMSC Euro-Med Bulletin catalogue and the EMSC Real Time catalogue. Therefore, they show the seismicity from 1964 until the earthquake occurrence.