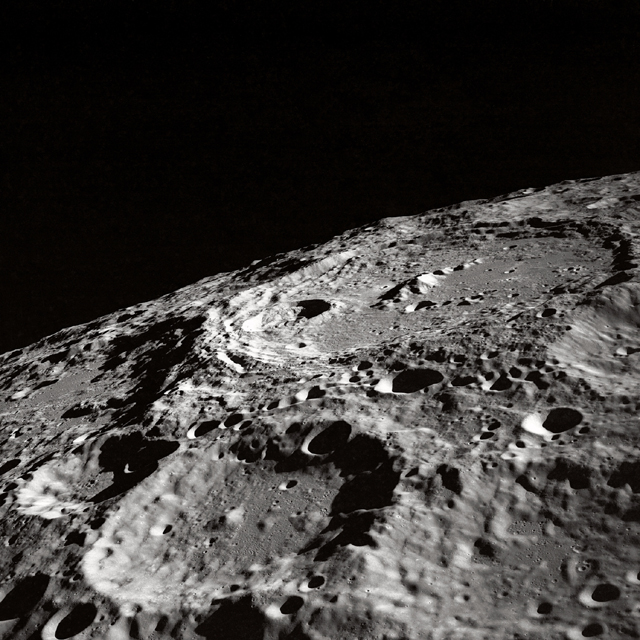 According to a new study, a quarter of the moon's impact craters retain strange minerals that may be the shattered remains of the space rocks that made the craters and not exhumed bits of the moon's interior, as had been previously thought. The strange matter in the craters is most likely asteroid debris, with some of it possibly being from Earth. Moon has been impacted by asteroids and comets over the eons, throwing off its share of material.

Zhong Yue of the Chinese Academy of Sciences' Institute of Remote Sensing Applications in Beijing, and Jay Melosh of Purdue University, with team of experts, used computer models to simulate the creation of lunar craters by asteroid impacts. They simulated some high-angle, exceptionally slow impacts (at least slow compared to possible impact speeds) and they were surprised at what they found. 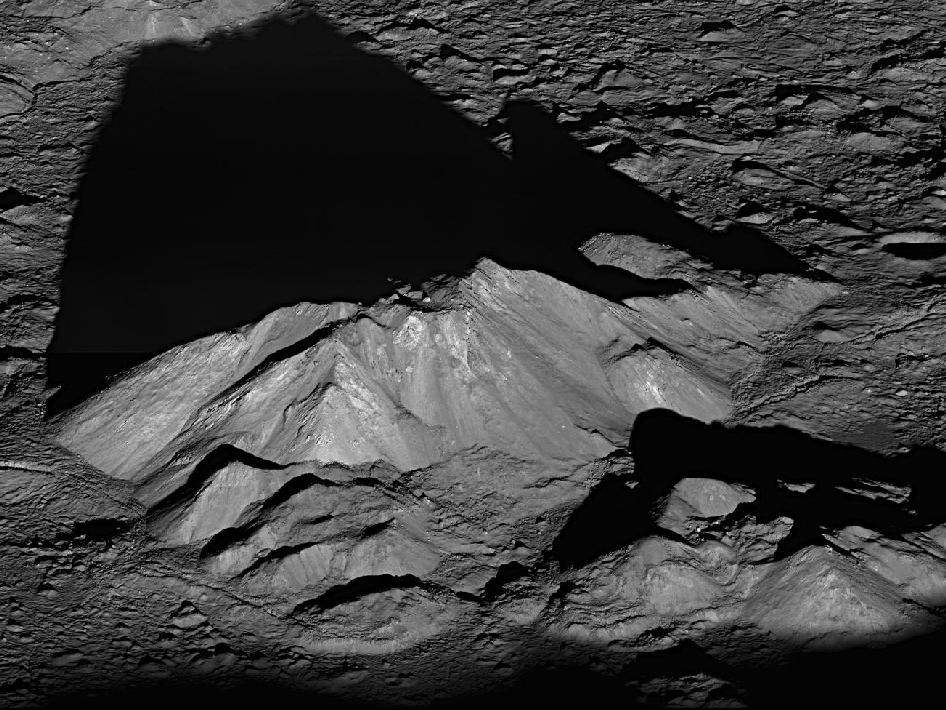 They have found that that one-quarter of space rock impacts on the moon likely happen at a speed of 43,130 km/h or less, which means that the rock that struck the surface doesn`t necessarily vaporize. Nobody has done it at such high resolution.

What happens is, the space rock gets shattered into a rain of debris that is then swept back down the crater sides and accumulates in the crater's central peak, as the crater collapses under the moon`s gravity. Future studies of the moon's composition will have to show that exposed surface rocks really come from the moon and were not delivered by impacts, especially for unusual or exotic minerals.

Many minerals like spinels and olivines that the scientists previously believed to be indigenous to the moon were actually the result of a space rock impact. Spinels can only form under great pressure, like in the Earth's mantle, and possibly in the moon`s mantle also. Spinels are also common in some asteroids, which are fragments of broken or failed planets from earlier days in the formation of our solar system. 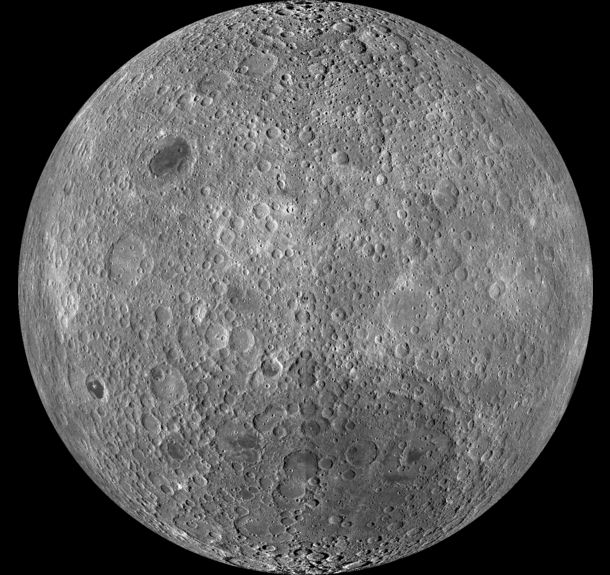 This image, taken by NASA's Lunar Reconnaissance Orbiter spacecraft, is the most detailed view of the moon's far side to date (Credit: NASA/GSFC/Arizona State University)

Scientists concluded that the strange minerals found in the central peaks of a number of lunar impact craters are not from the moon itself rather they are imports. The results of this new study might also explain why the same minerals, if they were from the moon`s interior, are not present in the biggest impact basins as would be expected if the impact event was bigger and penetrated deeper into the moon. Hypothetically, we might someday find Earth’s protobiological materials, no longer available on our geologically active and repeatedly recycled planet, in dry storage up in the lunar ‘attic’.

The new study, released online on May 26, 2013 in the journal Nature Geoscience, suggests that scientists will have to put more effort than previously thought in finding out what the moon is really made of. Erik Asphaug of Arizona State University wrote in a commentary in the same issue of the journal Nature Geoscience, that new finding raises the possibility of finding early Earth material, ejected by collisions billions of years ago, in massive deposits on the moon, and suggests yet another explanation for the spinels; that they are deposits derived from the Earth’s upper mantle, emplaced long ago on to the moon and reworked. Asphaug adds that excavation of deep-seated materials should favor the largest cratering events – an origin from within the Moon does not readily explain why the observed spinel deposits are associated with craters like Tycho and Copernicus instead of the largest impact basins.