A new study conducted by a research team at the National Astronomical Observatories of the Chinese Academy of Sciences (NAOC) has revealed new secrets below the surface of the Moon's farside through the spacecraft Chang'E-4 and its rover Yutu-2.

Chang'E-4 landed on Van Karman crater near the moon's south pole last year, January 3. It then deployed its lunar rover Yutu-2, which uses Lunar Penetrating Radar (LPR) to investigate what's below the surface.

The team used Yutu-2's LPR to send radio signals deep into the moon's surface, reaching up to 40 m (131 feet) deep. This information allowed the researchers to generate an image of the subsurface stratigraphy of the farside of the moon.

"We found that the signal penetration at the Chang'e-4 site is much deeper than that measured by the LPR at the landing site of the Chang'e-3 probe on the near side of the moon," said Li Chunlai, the lead author and deputy-general of NAOC.

"The subsurface at the Chang'e-4 landing site is very complex, and this qualitative observation suggests a totally different geological context for the two landing sites."

Su Yuan, one of the researchers, also explained, "Despite the good quality of the radar image along the rover route at a distance of about 106 m (348 feet), the complexity of the spatial distribution and shape of the radar features make identification and interpretation of the geological structures and events that generated such features quite difficult." 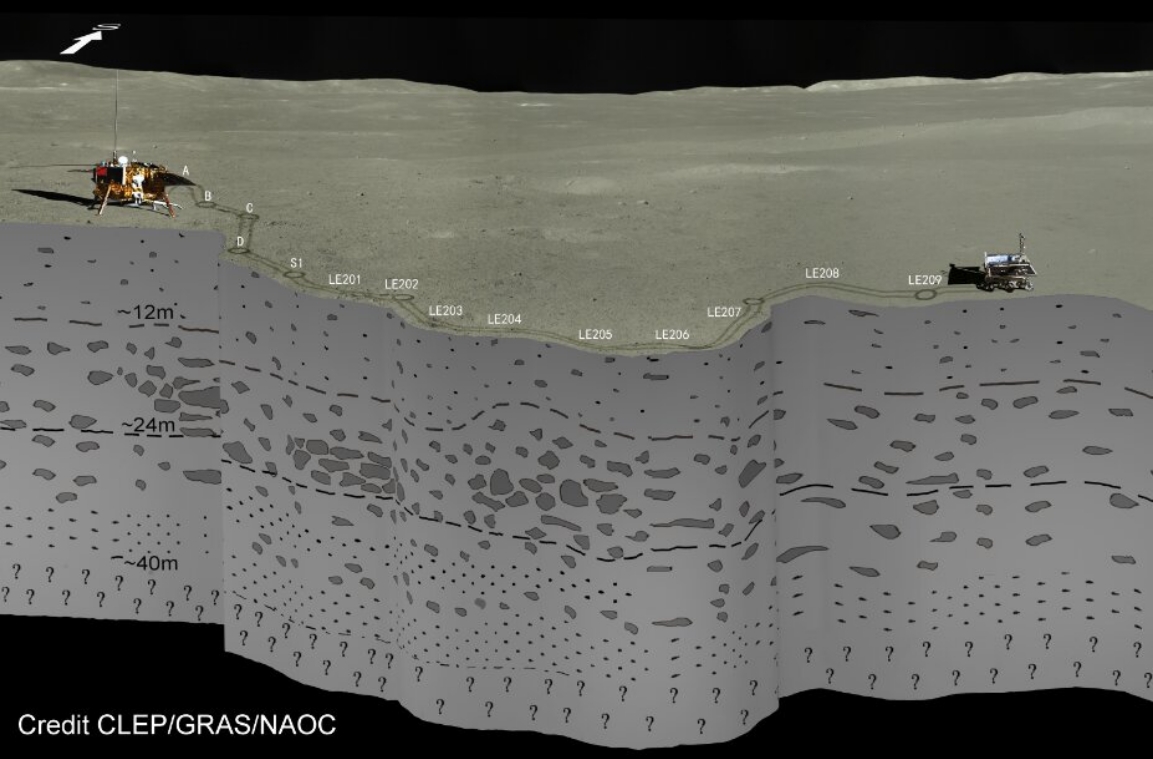 The subsurface stratigraphy seen by Yutu-2 radar on the farside of the moon. Image credit: CLEP/CRAS/NAOC

The radar image was examined with tomographic technique, and the findings showed that the subsurface is fundamentally produced by highly-porous granular materials embedding boulders of various sizes.

"The results illustrate, in an unprecedented way, the spatial distribution of the different products that contribute to from the ejecta sequence and their geometrical characteristics," Li stated, referring to the ejected material at each impact.

"This work shows the extensive use of the LPR could greatly improve our understanding of the history of lunar impact and volcanism and could shed new light on the comprehension of the geological evolution of the Moon's farside." 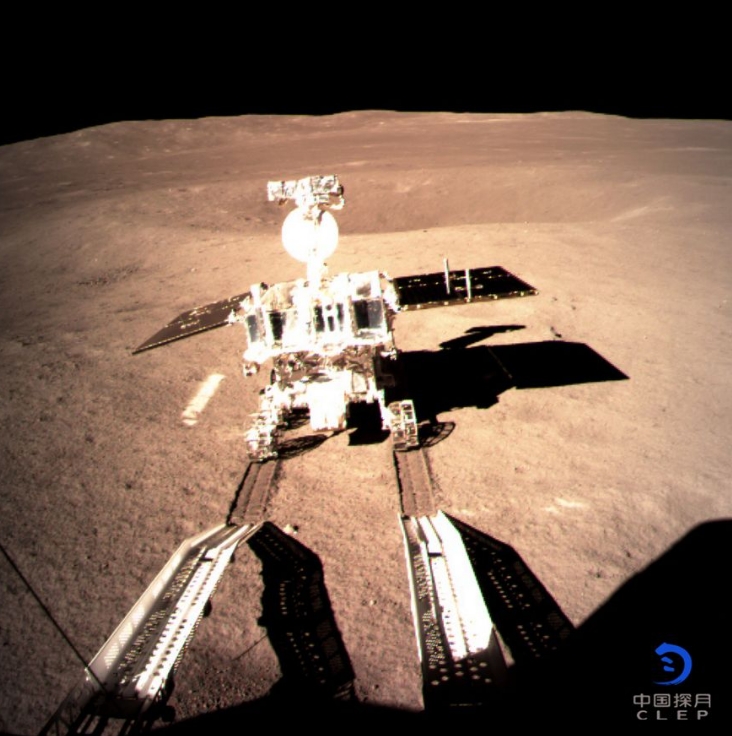 On 3 January 2019, China’s Chang’E-4 (CE-4) successfully landed on the eastern floor of Von Kármán crater within the South Pole–Aitken Basin, becoming the first spacecraft in history to land on the Moon’s farside. Here, we report the observations made by the Lunar Penetrating Radar (LPR) onboard the Yutu-2 rover during the first two lunar days. We found a signal penetration at the CE-4 landing site that is much greater than that at the CE-3 site. The CE-4 LPR images provide clear information about the structure of the subsurface, which is primarily made of low-loss, highly porous, granular materials with embedded boulders of different sizes; the images also indicate that the top of the mare basal layer should be deeper than 40 m. These results represent the first high-resolution image of a lunar ejecta sequence ever produced and the first direct measurement of its thickness and internal architecture.