A rare and shallow earthquake struck along the coast of Wales, United Kingdom on May 29, 2013 at 03:16 UTC. EMSC initially reported magnitude 5.5 but decreased it to M 4.2 by latest report. Depth is reported at 8 km by EMSC, USGS measured it at 9.9 km and reports M 3.9.

GFZ reports M 4.3 and depth of 10 km. The data is still based on preliminary reports. Magnitude information still has frequent changes ranging from M 3.9 – M 4.3 (5.5).

Today’s earthquake is the largest in North Wales since a magnitude 4.3 earthquake that struck on August 18, 1984. The epicenter is approximately 20 km west of the epicenter of the largest recorded earthquake on mainland Britain, which occurred on July 19, 1984 with a magnitude of 5.4 and which was felt over much of England and Wales and caused some superficial damage. (ER)

EMSC reader near the epicenter described the earthquake as a massive loud bang that sounded like a plane had crashed or something had exploded. He then describes a shaking and rumbling that went on for about a minute. The house was literally shaking, he said. Another EMSC reader said that after having the 1984 earthquake at the same location this did not feel so strong.

No damage was reported yet. 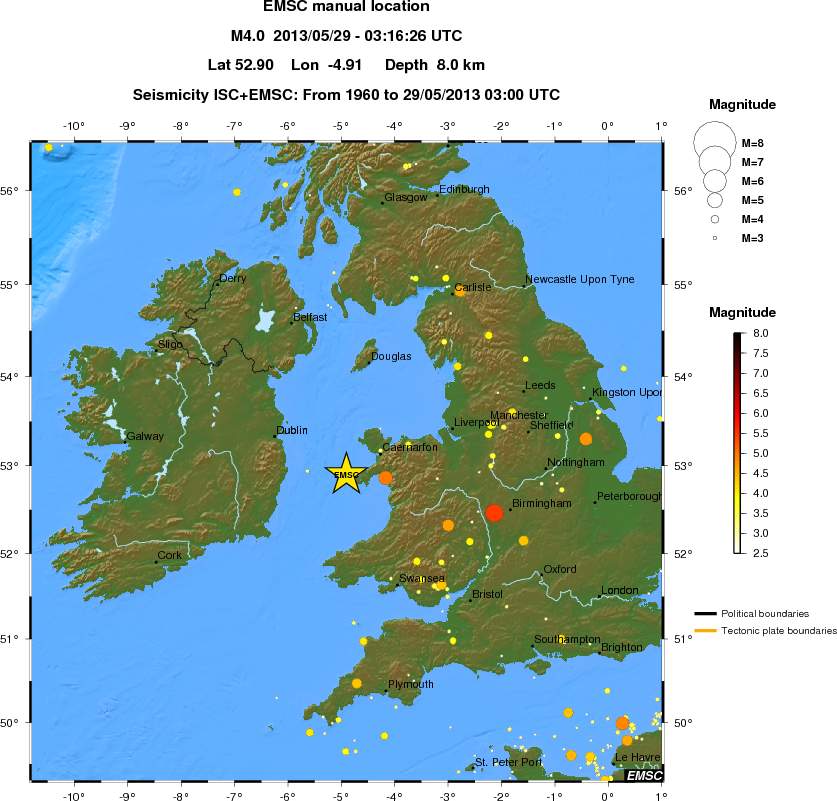 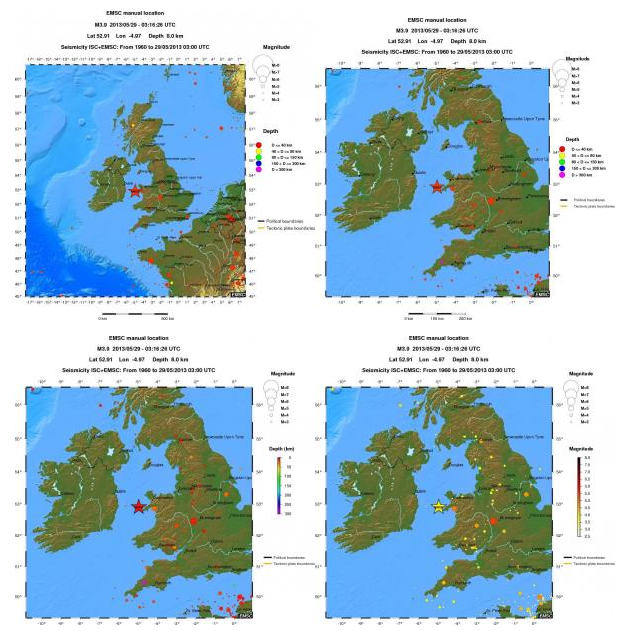 This seismicity maps have been generated by concatenating the ISC catalogue (since 1964), the EMSC Euro-Med Bulletin catalogue and the EMSC Real Time catalogue. Therefore, they show the seismicity from 1964 until the earthquake occurrence. Credit: EMSC