US National Hurricane Center (NHC) reported showers and thunderstorms associated with the area of low pressure centered about 200 miles south-southwest of the Gulf of Tehuantepec. The system is moving northward direction towards the coast of southern Mexico. Further development could lead to the formation of tropical depression in the next 24 hours. According to NHC, this system has a high 80% chance of becoming a tropical cyclone during the next 48 hours before it reaches the southern coast of Mexico. 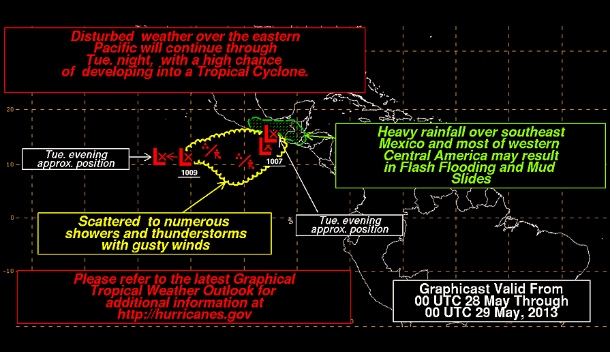 Heavy rains capable of producing life-threatening flash floods and mud slides are likely over parts of southern Mexico and western Central America during the next few days due to the persistently onshore flow meeting the elevated terrain. 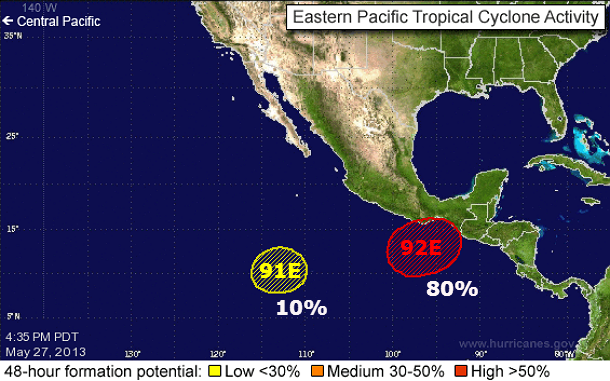