A spectacular prominence eruption was observed on the Sun on May 1, 2013 at 02:30 UTC. The event was classified as a farside eruption from active region located beyond eastern limb. This was the largest such event in quite some time now.

Powerful blast was unleashed into space and resulting Coronal Mass Ejection (CME) is not Earth directed. This region should rotate onto Earth facing side of the Sun in 2-3 days.

At 01:26 UTC, an impulsive C9.6 solar flare was detected. The event was centered around Sunspot 1730 located in the southern hemisphere.

There are currently 7 numbered sunspot regions on the disk. Beta-Gamma-Delta classified Region 1731 is the one to watch today as it is directly facing Earth. Region 1730, also Beta-Gamma-Delta, is slowly rotating out of Earth’s view. Other than that, Regions 1732 and 1734 have Beta magnetic field and will turn directly toward Earth in the coming days.

Old Region 1719 is coming back to Earth side of the Sun and should be visible in next 2-3 days. 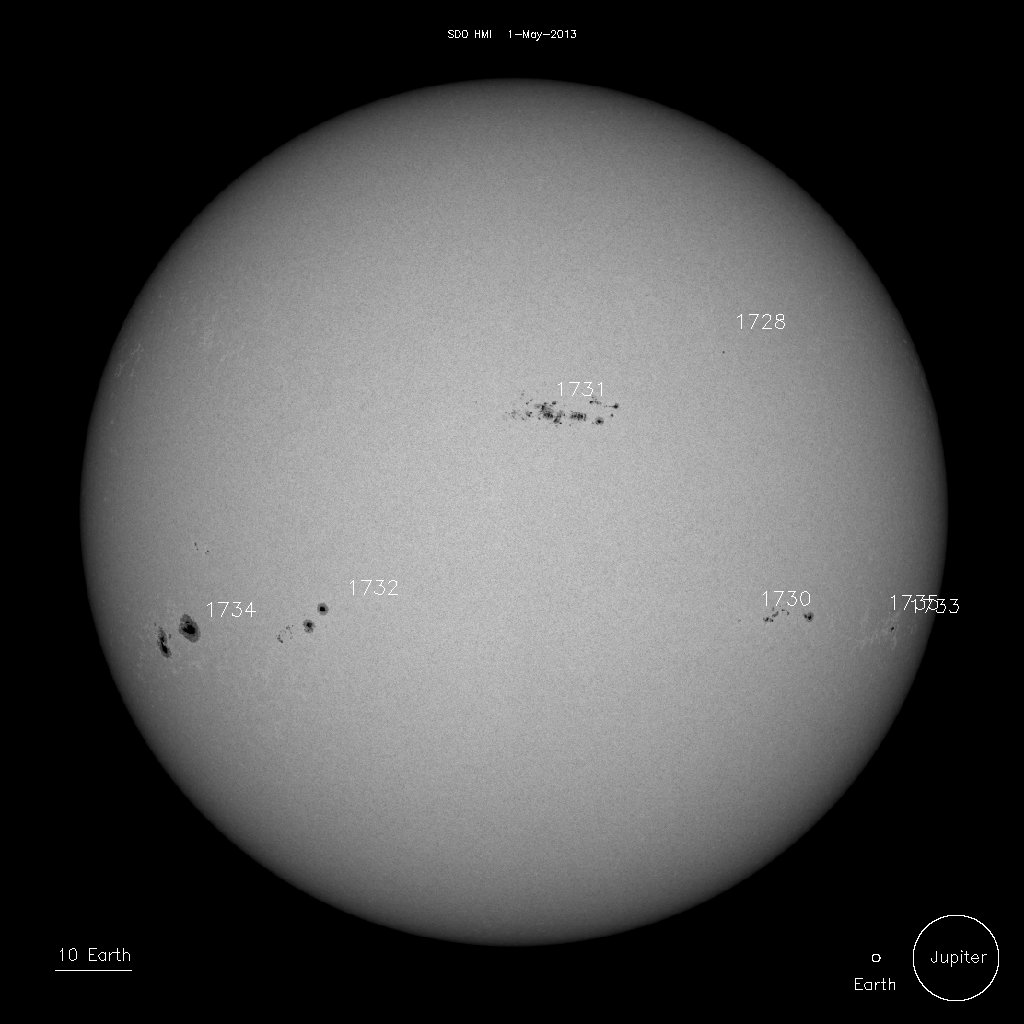 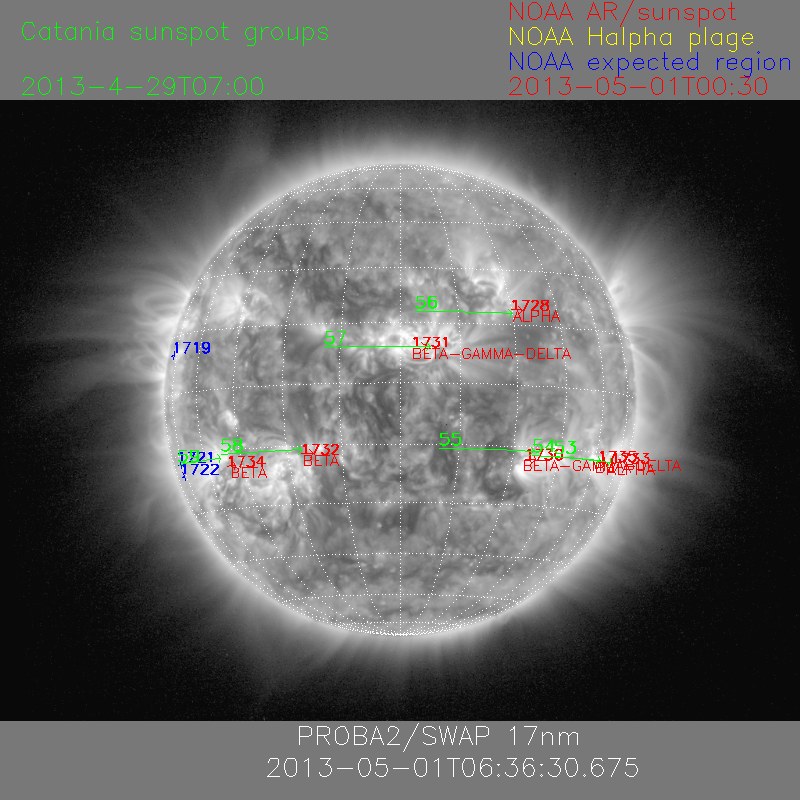 The Bz component of the interplanetary magnetic field (IMF) is currently tipped sharply south. This combined with a gusty solar wind could stir up geomagnetic activity at very high latitudes (SolarHam).

Aurora – Aurora may be visible at high latitudes, i.e., northern tier of the U.S. such as northern Michigan and Maine.