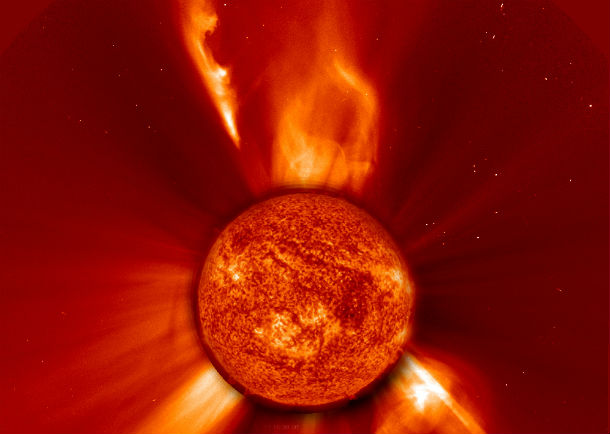 Earlier during the day, a prominence eruption was observed off the west limb. A Coronal Mass Ejection (CME) was produced, but luckily, it was directed away from Earth. A minor CME, unrelated to this event, swept past Earth and geomagnetic sudden impulse measuring 9 nT was detected at 16:18 UTC on May 31, 2013. The impact was weak. 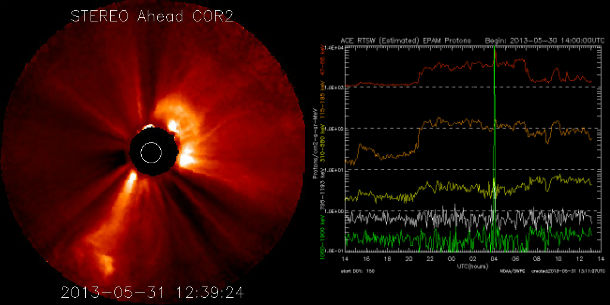 Huge solar prominence was recorded on STEREO Ahead COR2 and seen as peak in EPAM Proton levels (Credit: STEREO/NOAA/SWPC)

There are currently 3 numbered sunspots on visible disk. All sunspots are stable and there is no strong activity expected. NOAA/SWPC forecasters estimate only 1% chance for M-class events. 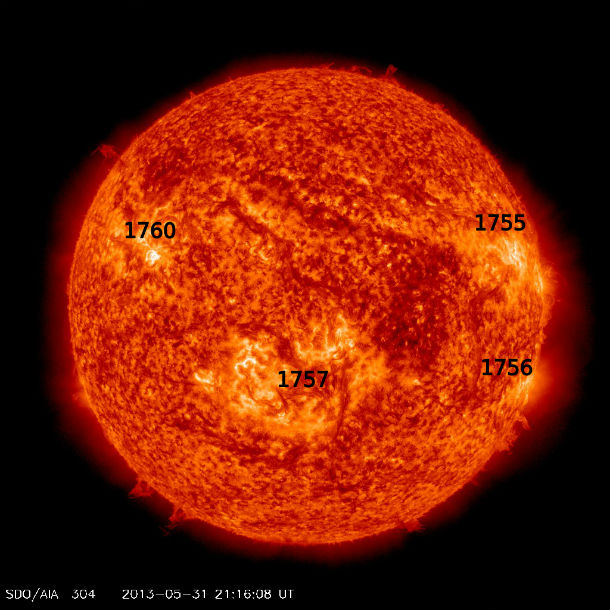