Tremors of the earthquake were also felt in Pakistan and as far as UAE. Sources informed Earthquake-report that an elderly villager was killed in Kishtwar, when a bolder hit him while he was rushing out of his home. As per KashmirLife, 30 school children and one teacher in two different schools were injured seriously and hospitalized.

According to GDACS, this earthquake can have a low humanitarian impact based on the Magnitude and the affected population and their vulnerability. The same region reportedly had a devastating earthquake of magnitude 7.8 in 1905 when 19,000 people had died.

There are about 4,180,000 people living within 100 km radius of this earthquake. The earthquake was strongly felt in India and Pakistan.

The earthquake was followed by an aftershock of magnitude 4.6 at 09:19 UTC. 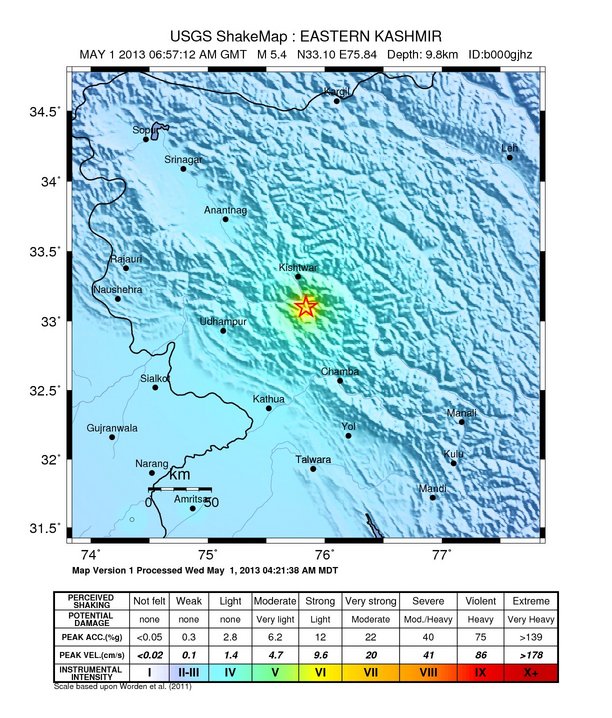