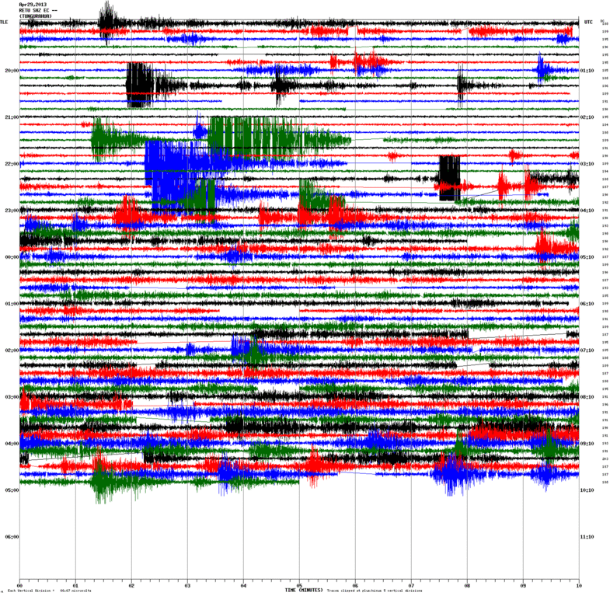 On April 27, 2013 an emission occurred and reached 2 km in height with a load of medium to low ash. Throughout the day the volcano continued producing short pulses of vapor emissions, which eventually had a moderate to low ash content. During this episode there was only one report of ash fall during the morning in the area of Juive Grande. Since April 27, 2013 more than 70 signals of long period events have been recorded, and 13 tremor emission periods, marking a clear shift to the values obtained in the previous days, where on average there were 12 earthquakes per day.

Early on April 28, 2013 an explosion created a column of steam with average content of ash that rose about 4 km above the crater, then decreased and remained more or less sustained at 2.5 km height above the crater for 30 minutes. The column began scattering on all sides of the volcano, and drifted W and SW for more than 100 km and caused light ash falls in areas close and around the volcano, in Banos, Chacauco, Bilbao, Cusúa, Juive Grande, Pondoa and Pillate.

Later on April 28, 2013 several explosions happened, the largest of which created shock waves and a thunderous roar, ejected huge blocks and created an eruption column that rose 3.5 km above the crater. 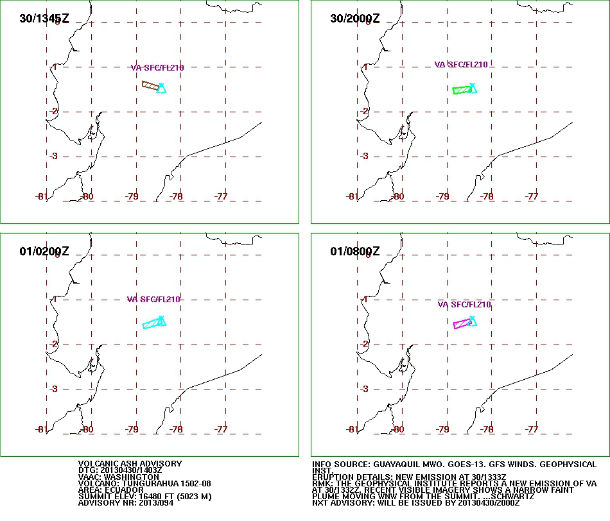 Elevated tremor and occasional explosion events continues at Tungurahua volcano. According to Earthquake Report, the relatively steady and generally low-amplitude character of the seismicity indicates an open volcanic plumbing system and at this time does not suggest a major eruption in the offing.