Australian Bureau of Meteorology reports that Tropical Cyclone Zane is currently moving towards the west. The system should adopt a west-northwest track over the next 6 to 12 hours and accelerate slightly under the influence of a developing mid-level ridge across Queensland and the central Coral Sea. A Cyclone warning is current for coastal areas from Mapoon to Cape York to Cooktown, and warning for areas from Cooktown to Cape Tribulation has been cancelled.

The forecasters at the Joint Typhoon Warning Center expect Zane to track to the west-northwest and cross the Cape York Peninsula on May 1 and then emerge into the Gulf of Carpentaria. At this time, Zane isn’t expected to make a second landfall in Australia and is forecast to pass through the Arafura Sea. 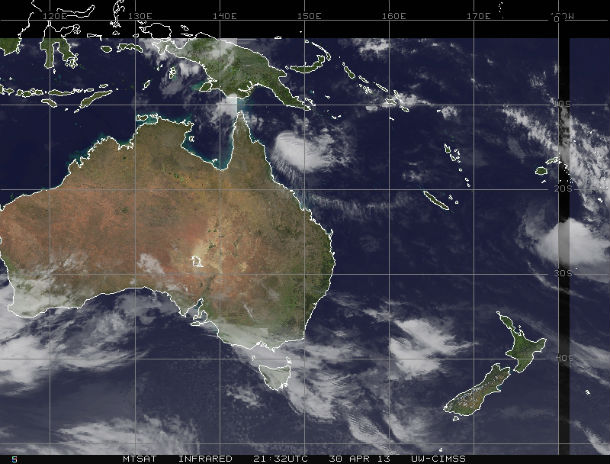 Currently, TC Zane is Category 2 storm, with wind gusts up to 150 km/h is moving towards the west-northwest. The system is expected to continue moving west-northwest during the day while slowly weakening and cross the far northern Queensland coast between Orford Ness and Cape Melville early on morning on May 1, 2013.

Zane surged in intensity on April 29, 2013 as a boost in poleward outflow occurred simultaneously with a boost in gradient level flow due to an anticyclone moving off-shore of Queensland. The system will remain in its current environment of 29 degree Celsius surface waters and 15-20 knots of vertical wind shear through landfall over the Cape York peninsula. 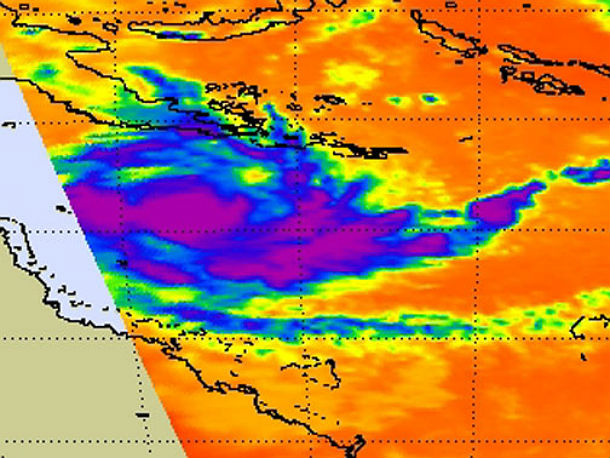 This infrared image taken from the AIRS instrument aboard NASA’s Aqua satellite on April 30 at 0317 UTC (11:17 p.m. EDT on April 29 shows that the strongest convection and thunderstorms (purple) around the center of circulation as System 92P organized into Tropical Storm Zane (Credit: NASA JPL, Ed Olsen)

According to latest report by Joint Typhoon Warning Center (JTWC), Tropical Cyclone Zane (TC 23P), is located approximately 218 nm northeast of Cairns, Australia. The system is moving westward at speed of 05 knots. Animated infrared satellite imagery indicates the system has slowed and begun a slight turn equatorward during the past 12 hours. 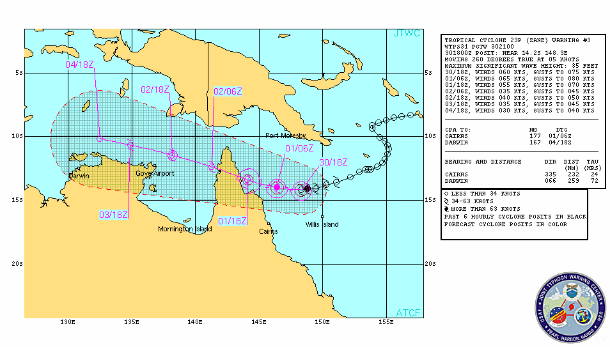 The system is expected to remain weak once it emerges into the Gulf of Carpentaria. TC Zane is being driven westward by a mid- to high-level anticyclone over the Coral Sea, which is weakening and pulling away towards the Solomon Islands. In anticipation of the weaker steering influence, the JTWC track forecast hedges a little bit slower and poleward, but remains close to, consensus. Intensity guidance consistently indicates rapid weakening and dissipation of the system over the Gulf of Carpentaria, primarily due to vertical wind shear.

Although animated water vapor imagery is beginning to reveal some increased subsidence over the western side of the storm, solid radial outflow persists along with a weak poleward tap. 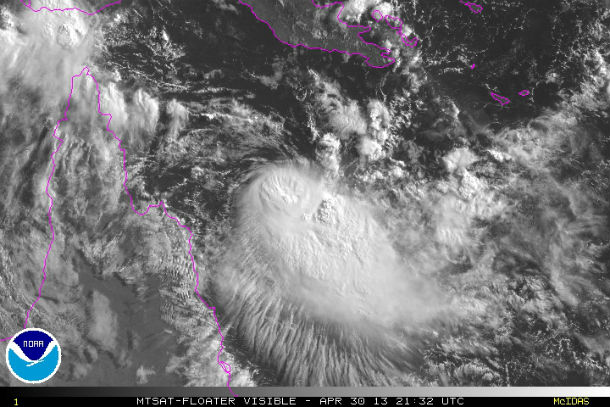 There is a high level of uncertainty with the forecast, as the system moves back into the gulf of Carpentaria, due to the mix of dry air entrainment and favorable surface conditions competing for the dominant influence on intensity. 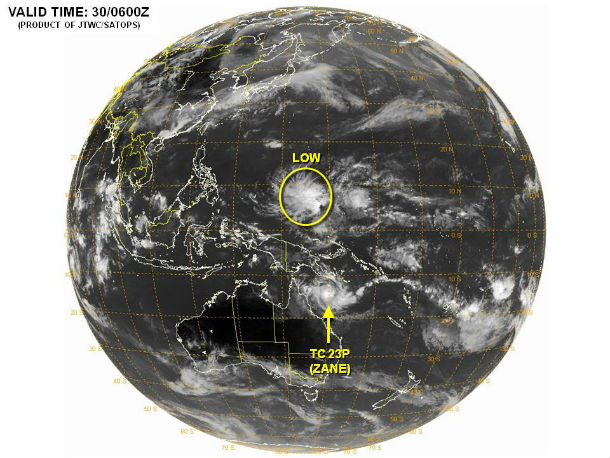