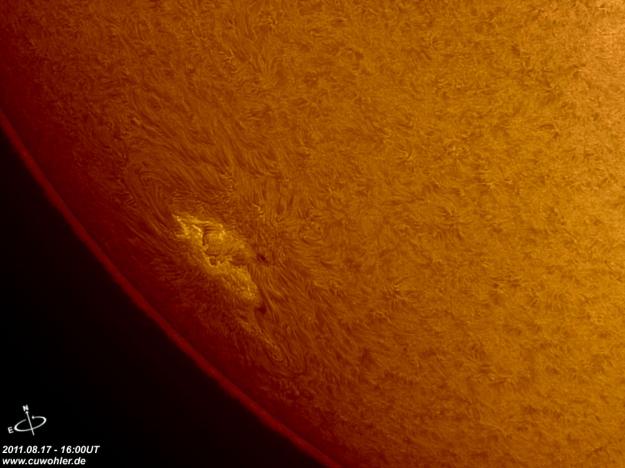 Solar Activity continues at fairly low levels with only C-Class activity taking place in the past 24 hours. Sunspot 1271 is the largest visible area and it may pose a small threat for an M-Class event.

Farside CME activity continues and you can view all of the action HERE.

Both Regions 1271 (N15E38) and 1272 (S22E41) produced C1/Sf flares during the past 24 hours. Region 1271 became more consolidated during the period, but remained a large Ehc type spot group with beta magnetic characteristics.

The continued persistence of Region 1271, as well as the return of old Region 1261 on Day 2 (20
Aug), make moderate activity more probable. During the last rotation, old Region 1261 produced five M-class events including an M9 and CME on 04 August. (SPWC/SolarHam)

With two big sunspots turning toward Earth and a variety of prominences dancing around the solar limb, the sun is attracting the attention of amateur astronomers. Alan Friedman sends this report from Buffalo, New York: 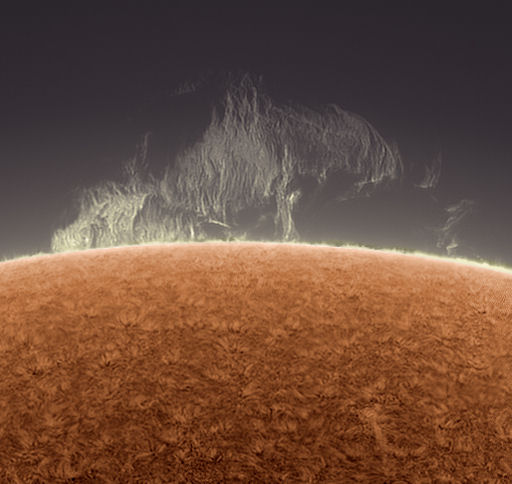 A recurrent coronal hole high speed stream is expected to become geoeffective on Day 3 (21 Aug) leading
to unsettled conditions with a chance for active periods at high latitudes.

In Falmouth, Maine, photographer John Stetson turned his solar telescope toward sunspot group 1271 and found it seething. The active region is bright and crackling, surrounded by long, twisting filaments of magnetism that seem poised to produce some powerful flares. NOAA analysts note that the sunspot has a “beta-delta-gamma” magnetic field that harbors energy for X-class explosions. (SpaceWeather) 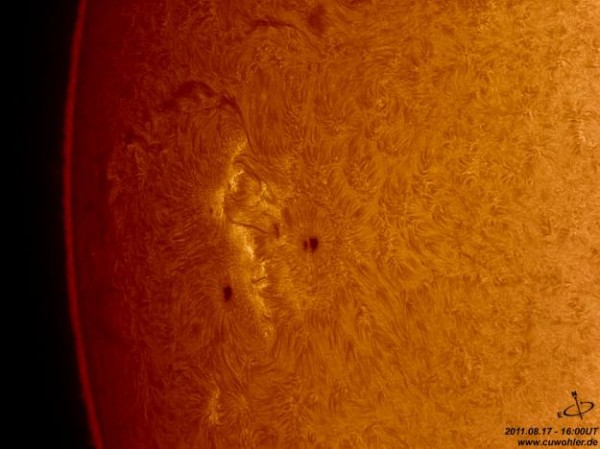