Aside from a nice filament eruption and a Coronal Hole directly facing Earth, thus allowing solar material to freely rush in our direction, solar activity has been at low levels during last 30 hours.

It is expected to remain low with a chance for M-class (R1-R2(Minor-Moderate)) and a slight chance for X-class (R3 (Strong)) flare activity over the next three days.

There are currently 9 numbered sunspot regions on the Earth side of the Sun but we saw only a few low level C-class flares.

Slight growth was observed in the intermediate spots of Regions 2055 (N13W30, Ehi/beta) and 2060 while the rest of the spotted regions are either stable or in decay. 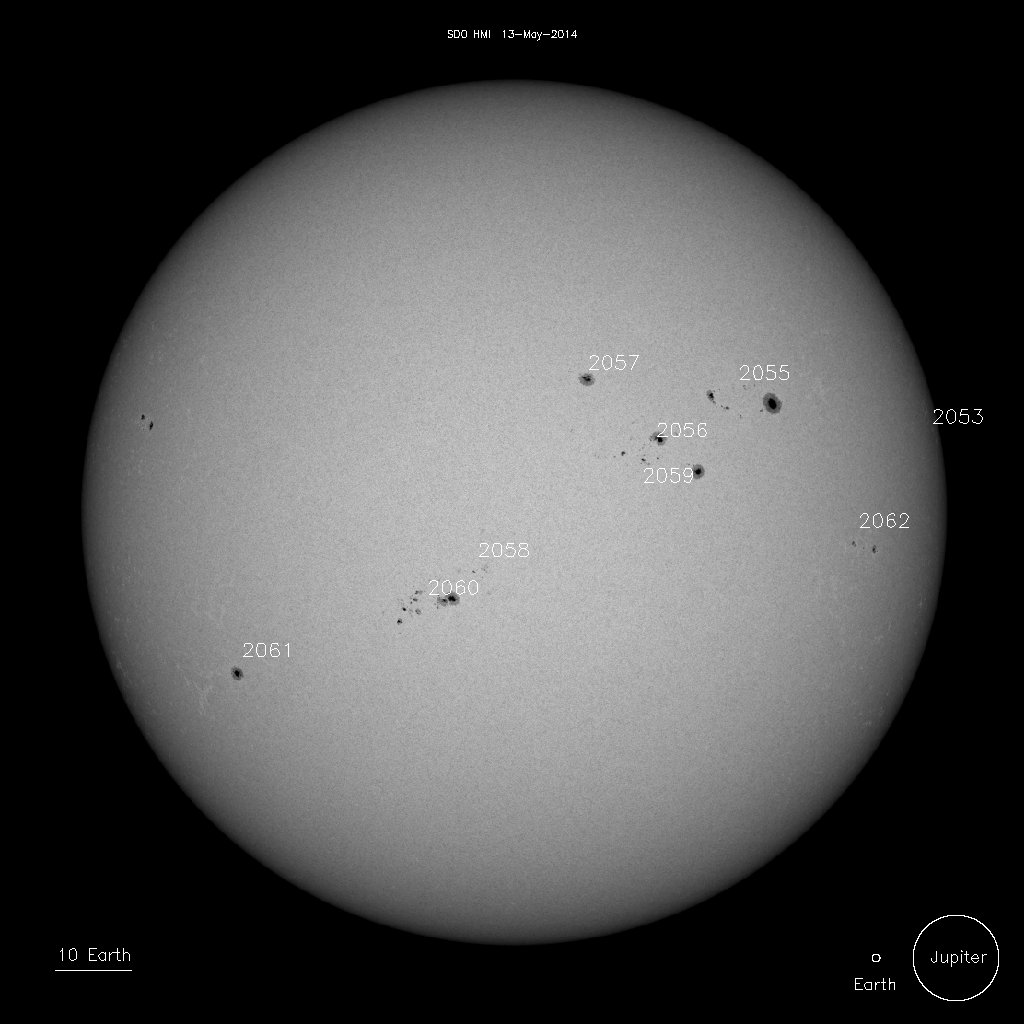 NOAA forecasters estimate a 35% chance of polar geomagnetic storms on May 14 when a co-rotating interaction region (CIR) is expected to hit Earth's magnetic field.

This sequence illustrates the propagation of a co-rotating interaction region (CIR) from Earth to Mars.Image credit: ESA

A CIR is a compression region between fast- and slow-moving solar wind streams. ​Solar wind plasma piles up in these regions, producing density gradients and shock waves capable of producing major geomagnetic storms.

With Coronal Hole directly facing Earth today, solar material is freely rushing toward Earth. It will take it a couple of days to intersect with Earth's orbit. 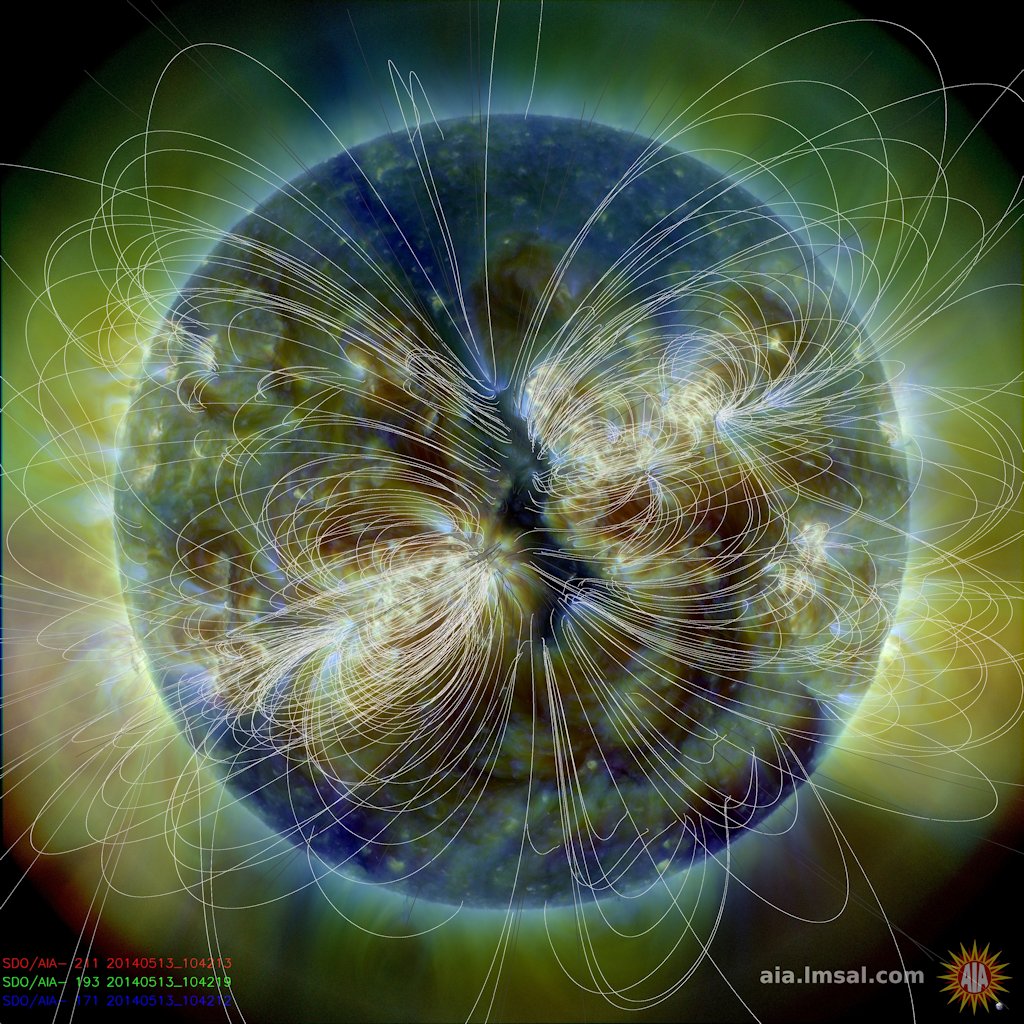 After a minor enhancement today, solar wind speed was in decline from approximately 460 km/s to 350 km/s. Nominal levels are expected to continue through the rest of the UTC day.

Another minor solar wind enhancement is expected on May 14 with the onset of a CIR preceding a recurrent positive-polarity Coronal Hole High Speed Stream (CH HSS) that is expected late on May 14/early on May 15.