A huge solar filament is facing Earth today and, if it doesn't erupt, will continue to do so in the coming days. Stretched out, it would be more than 857 780 km or 533 000 miles long, which is more than 67 Earth diameters.

Image below shows this filament as seen by NASA's Solar Dynamics Observatory (SDO) on February 10, 2015. Since SDO shows colder material as dark and hotter material as light, this snaked visible line is, in fact, an enormous swatch of colder material hovering in the Sun's atmosphere, the corona. 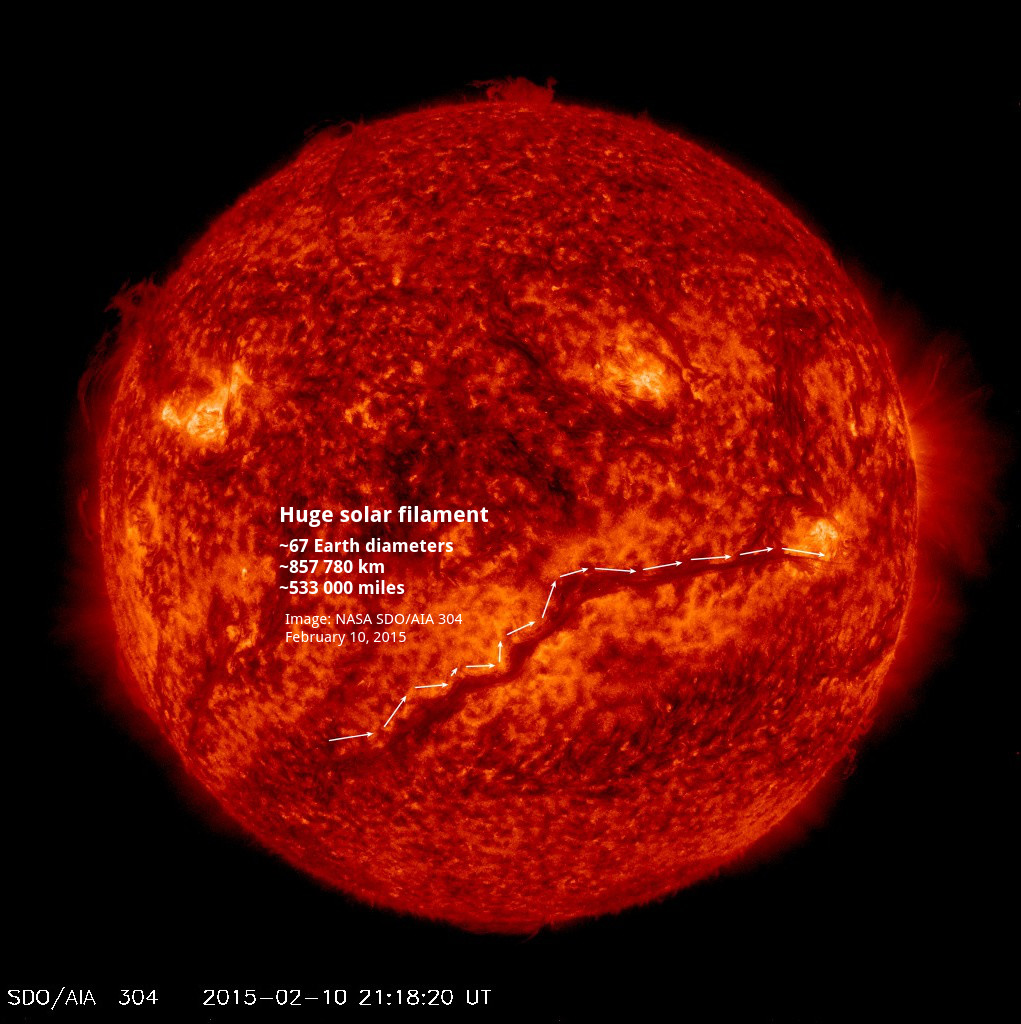 Filaments can float for days before disappearing, but sometimes they destabilize and erupt out in space, releasing solar material in a shower that either rains back down to the solar surface or escapes out into space, becoming a moving cloud which we know as a Coronal Mass Ejection, or CME.

A CME is an ejection of a large amount of solar plasma, mostly protons and electrons, and magnetic fields from the Sun. The amount of material in a CME varies widely, but the average mass has been estimated as being around 1.6 x 1012 kg, less than a millionth of the mass of Earth's atmosphere.

The speed at which a CME travels also varies a lot, being on average around 500 km/s. This means it would take it 3 to 4 days to reach our planet, but CMEs can travel much faster. For example, a "full halo" CME that erupted from Region 2282 on February 9, 2015 had an estimated velocity of 1190 km/s. 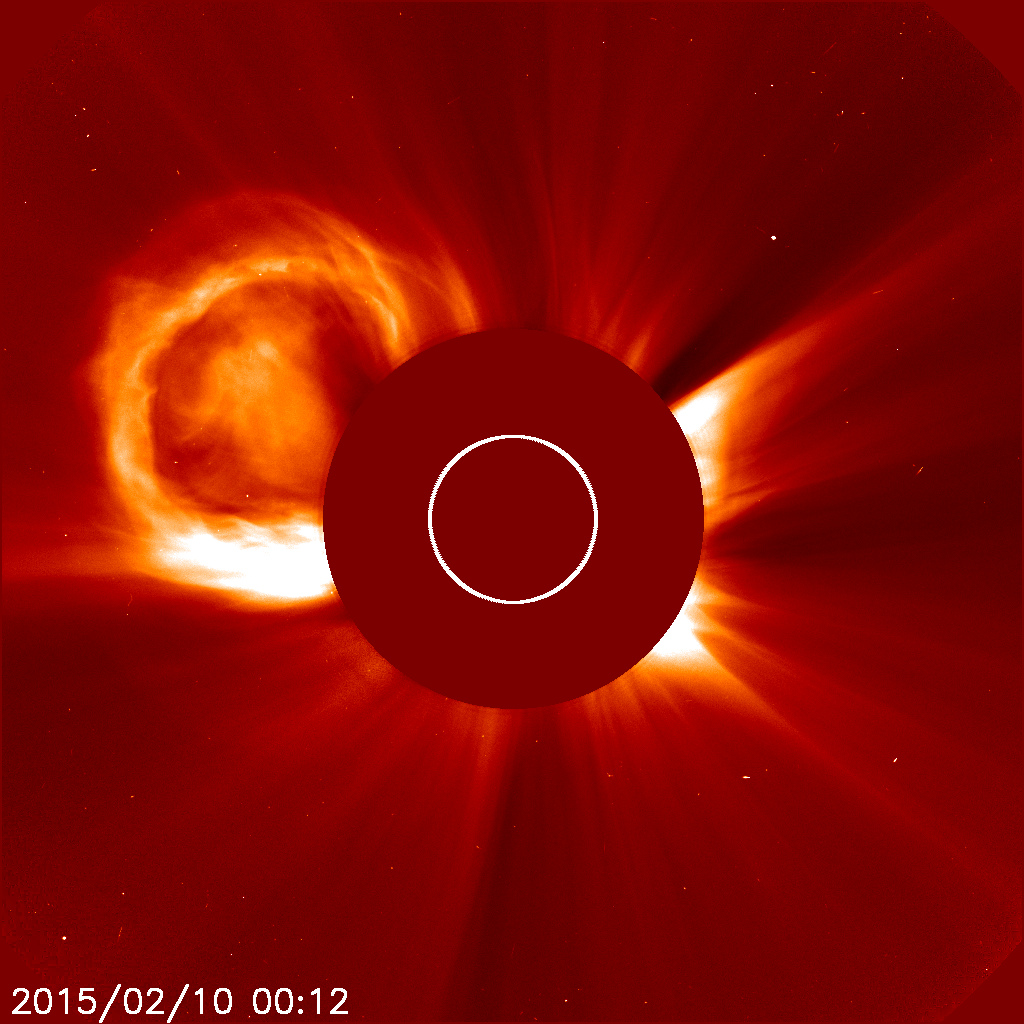 Flares associated with the sudden disappearance of a dark filament are called Hyder flares.

The appearance of these flares can range from a string of bright knots on one or both sides of the filament (or rather, the position previously occupied by the filament, sometimes called the filament channel), to a single or double ribbon flare.

One interesting characteristic of Hyder flares is that they usually develop or rise to maximum brightness much more slowly than do the more common flares associated with active regions. The larger Hyder flares may take 30 to 60 minutes to rise to a peak intensity, and then they may last for several hours. Although they may attain a large area, they usually have a relatively low intensity. Thus, classifications for a large Hyder flare may read 2F (F=faint), 2N (N=normal) or possibly even 3F. This contrasts to an active region flare in which 3F is very rare. An active region flare that attains sufficient area to put it into the importance class 3, will invariably have either an N or more usually a B (B=brilliant) brightness classification.

X-ray flares and radio (microwave) bursts associated with the optical Hyder flare, are also generally long lived phenomenon and are classified as the gradual rise and fall type of event (in contrast to the impulsive and complex events associated with large active region flares).

Generally, Hyder flares are not associated with energetic particle emission or geomagnetic storms implying that they may not be associated with a CME. However, this is not always the case.