A long-duration solar flare measuring C7.4 at its peak erupted from Active Region 2790 — positioned in Earth-striking zone — at 16:32 UTC on December 7, 2020. The event started at 15:46, peaked at 16:32, and ended at 17:33 UTC. An asymmetric full halo coronal mass ejection (CME) was produced, with a likely Earth-directed component arriving on December 9.

The flare was associated with an approximately 9 degree long, N-S aligned disappearing solar filament that bisected the southern extremity of the region's magnetic neutral line.

Additionally, the flare was associated with a 180 sfu Tenflare at 16:43 UTC.

There was also some minor coronal dimming, post-flare coronal looping, and an EIT wave observed in GOES/SUVI 195A imagery. 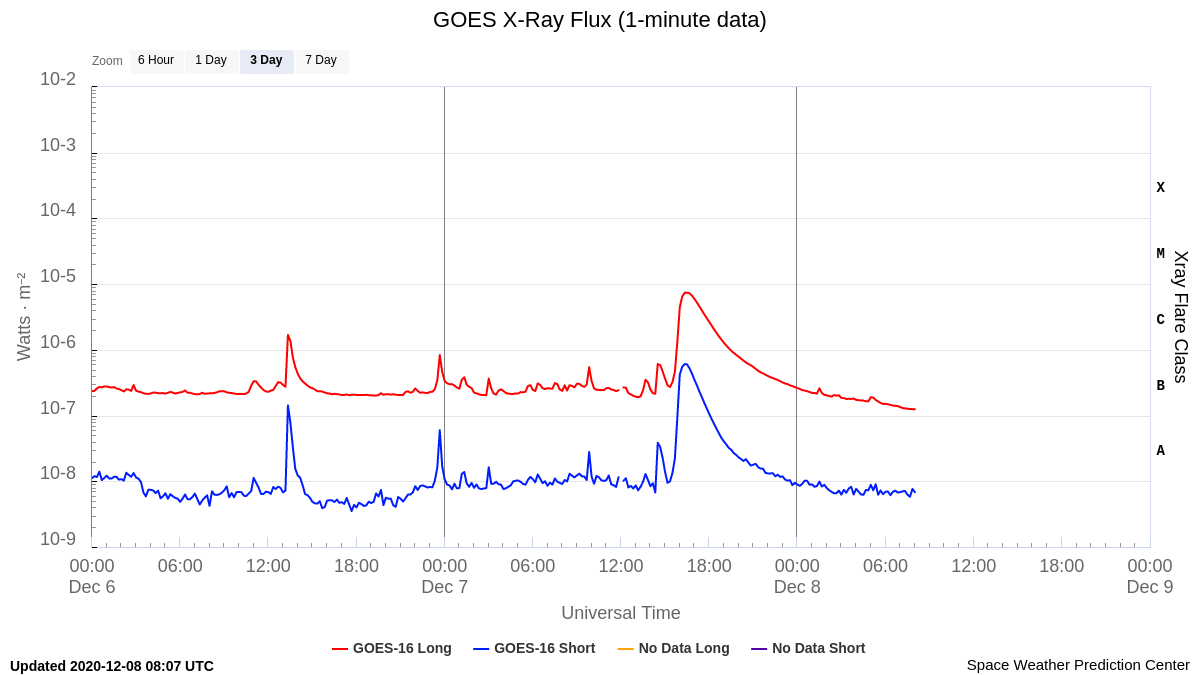 Solar activity is expected to be at very low levels through December 10, with a chance for C-class flares on December 8 and a slight chance on December 9 and 10, due primarily to the activity tendency of Region 2790.

The greater than 2 MeV electron flux was normal to moderate and the greater than 10 MeV proton flux remained at background levels in 24 hours to 00:30 UTC on December 8.

Solar wind parameters were indicative of a slow, low-density regime in 24 hours to 00:30 UTC today.

The solar wind is anticipated to continue as primarily a slow regime on December 8.

Elevated conditions are likely on December 9 and 10 with the combined influence of a weak, negative polarity CH and arrival of a CME from the December 7 event. 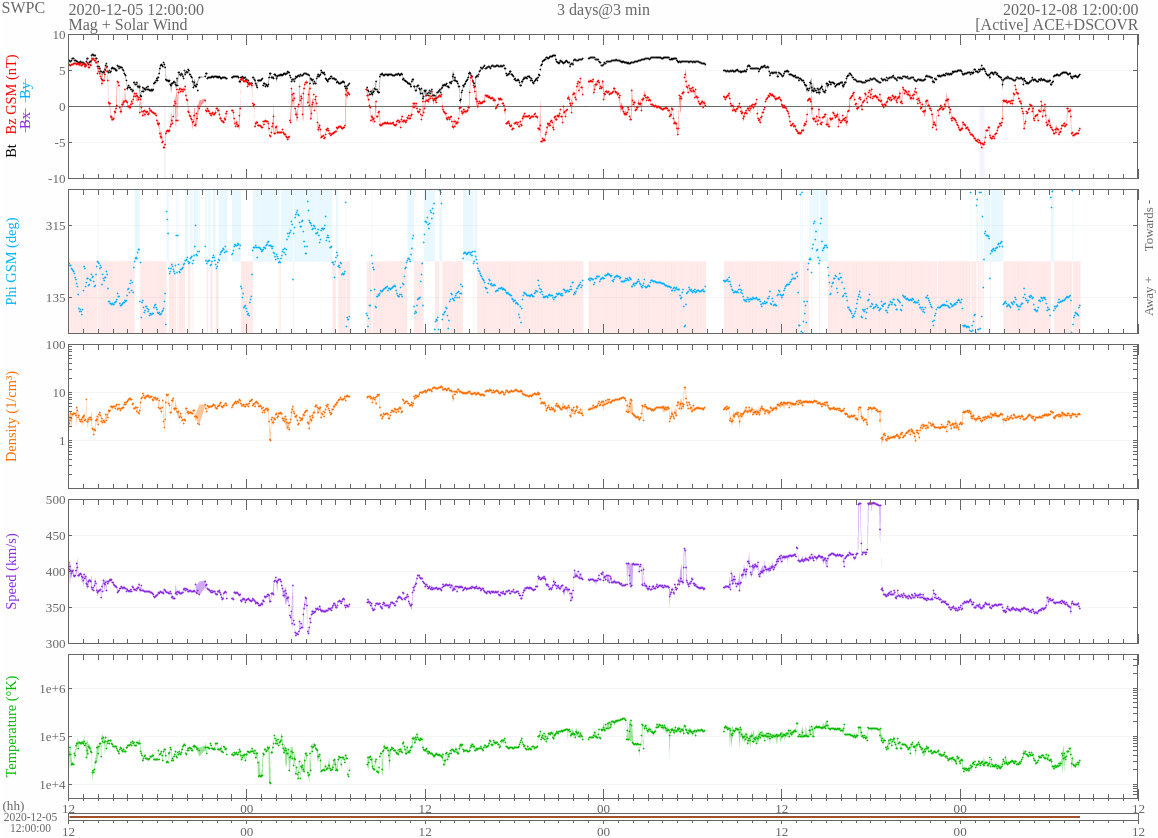 The geomagnetic field was quiet and is expected to remain primarily quiet on December 8.

A G1 – Minor storm conditions are likely on December 9 and 10 due to the combined effects of a weak, negative polarity CH and the arrival of a CME from the December 7 event.

Aurora – Aurora may be seen as low as Pennsylvania to Iowa to Oregon.